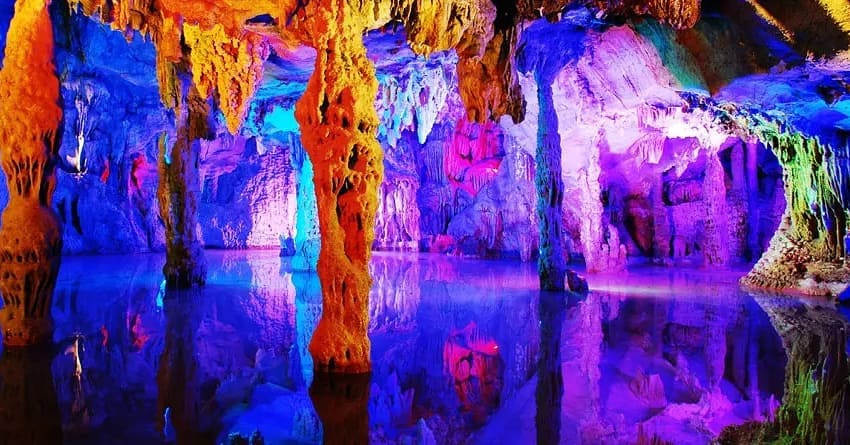 10 most amazing caves in the world

Nature has a unique beauty; from the many incredible animals to beautiful waterfalls and caves. Caves are a very special part of nature’s beauty because they take thousands of years to form and create their wonderful formations and colors. There are many beautiful amazing caves in the world, some of them easy to reach whilst others are very difficult to visit and require a boat trip or an even a dive to enjoy them. Here are some of the most impressive!

Marble Cave is located on the peninsula of solid marble which borders Lake General Carrera in Patagonia, a region of Chile. You can only reach this cave by boat, which are available to hire there. The best time to visit is between September and January when the ice has melted and the water is very clear so you can have beautiful views of this cave and of course the perfect opportunity for photographs.

Thailand is a beautiful country and home to some stunning natural beauty including waterfalls, beaches and caves. One of the famous caves in Thailand is Tham Nam Lot, a cave system spanning 1600m near Sop Pong in Pang Mapha. The cave used to be inhabited by prehistoric peoples and archaeologists have found ancient clay pottery and wooden coffins. Nowadays the cave houses large numbers of bats and swifts.

Red Flute Cave, also known as the Palace of Natural Arts is located in Guilin, Guangxi, China. The cave got its name from the type of reed growing outside, which can be made into flutes, and the inside is filled with a large number of stalactites, stalagmites, and other rock formations. Nowadays multi-colored lighting artificially illuminates the cave and it is becoming a famous tourist destination to visit.

The Saalfeld Fairy Grottoes are caverns or grottoes in a former mine near Saalfeld in the Thuringia, Germany. The caves have become a famous tourist attraction in the area and are particularly special because they are filled with gorgeous colorful stalactites and stalagmites.

If you are looking for a place shows off to the maximum the true beauty of nature, Waitomo Glowworm Caves in New Zealand are the perfect place to visit. The caves are known for their population of Arachnocampa Luminosa, a glowworm species found exclusively in New Zealand, and the light they produce makes the caves really stunning.

The Blue Grotto is a sea cave on the coast of the island of Capri, in southern Italy and is one of several sea caves worldwide that are flooded with a brilliant blue and emerald light. You can enjoy the view of the cave with a boat and explore inside.

Longhorn Cavern is located in Longhorn Cavern State Park, around 90 minutes from Austin in the USA. You can take a tour guide who will accompany your visit and help you explore this beautiful cave fully.

Škocjan Caves was entered in UNESCO’s list of natural and cultural world heritage sites in 1986. This beautiful karst cave is probably the oldest cave in Europe and one of the longest karst underground wetlands in Europe, with a tiny waterfall inside which is very picture worthy.

Fingal’s Cave is a sea cave on the uninhabited island of Staffa, in the Inner Hebrides of Scotland. The cave is known for its natural acoustics and isormed from hexagonal columns of basalt that are a masterpiece of art created by nature. The National Trust for Scotland owns the cave, which is part of a nature reserve run by the organisation.

Sơn Đoòng cave is one of the world’s largest natural caves located in Phong Nha-Kẻ Bàng National Park in Vietnam. Surrounded by tropical forest you need to have good stamina to explore this place as this isn’t so easy to reach, but believe me the view will make it worthwhile.