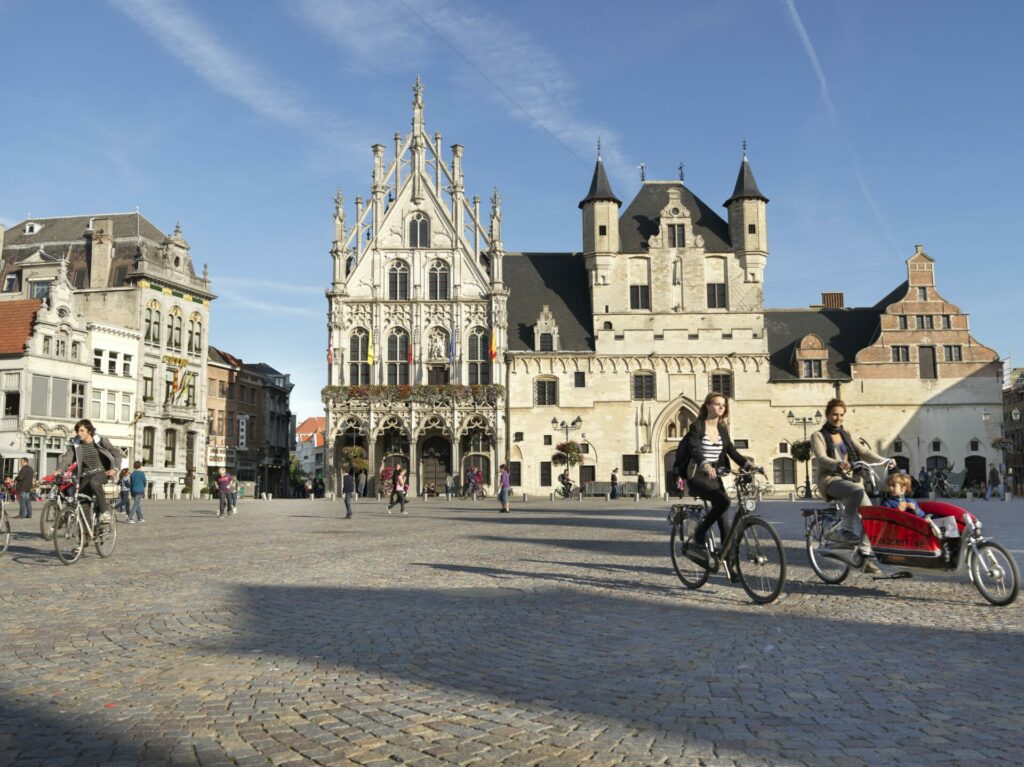 The Flemish Cycling City of 2022 title awarded to Mechelen

Why Bermuda is one of the world’s best diving destinations

The city of Mechelen has been awarded the title of Cycling City 2022 by the Flemish Minister of Mobility and Public Works Lydia Peeters and the Flemish Foundation for Traffic Engineering (Vlaamse Stichting Verkeerskunde, VSV) for its commitment to safe cycling infrastructure.

A total of nine Flemish cities and municipalities were nominated by the general public as contenders for the title earlier this year. The award ceremony took place during the Bicycle Congress that the VSV is organized in Deinze last Tuesday. It is the fifth time that the titles have been awarded, after previous editions took place in 2012, 2015, 2018 and 2020.

The efforts that many cities and municipalities are making to make cycling safer and more comfortable are to be commended. With their strong bicycle policy, the three winners of Bicycle Municipality/Cycling City 2022 are real ambassadors for the bicycle.

Last autumn, all Flemish cyclists were able to rate their favourite cycling municipality or city for cycling safety and cycling comfort. In total, just under 20,000 participants cast their votes online. 133 of the 300 Flemish cities and municipalities reached the threshold of at least 50 completed surveys and were therefore eligible to compete for the title of Bicycle Municipality/Cycling City 2022.

The nine nominees were screened by a specialized consultancy. Experts made an in-depth analysis of the cycling infrastructure and cycling policy in the cities and municipalities involved. The results were decisive for the designation of the winners, who receive a subsidy of 50,000 euros from the Flemish government, which they can invest in bicycle facilities.

Recently, Mechelen has been fully committed to new infrastructure, despite a number of challenges to spatial planning. This created a smooth bicycle connection between the north and south of the city, separated from motorized traffic. Mechelen responds smoothly to the needs of the inhabitants by providing extra underground bicycle sheds in the city centre and in the station area.

The establishment of the ‘House of the Bicycle’ as a central place to make the bicycle policy towards the people of Mechelen more visible is promising. Cyclists can go there for bicycle maintenance, information about bicycle routes, bicycle infrastructure, bicycle rental and so on. The city clearly distinguishes itself from the other contenders by providing logistical alternatives with cargo bicycles and bicycle couriers in the city centre.

In Lommel there is a real cycling culture that is supported by numerous campaigns for various target groups, the exemplary role of the city council and the communication about this to the citizens.

Lommel is systematically committed to providing high-quality bicycle sheds in the streets. The parking facilities have been inventoried and their occupancy rate is monitored. The layout of school route maps for each school is also very striking. The city is making bold choices to bring about a shift from car use to bicycle use. The collaboration around the Lommel bicycle boulevard is the showpiece of this legislature.

The city of Peer reserves a large part of its budget for bicycles (€10 million) and is resolutely committed to tackling bottlenecks on school routes and eliminating unsafe situations in school environments. The introduction of bicycle zones and the realization of bicycle streets on important connecting streets will create a safe bicycle network.

The city has a tradition of measures with a playful approach (“cycling fun”) and is going strong with this. Information boards for cyclists, a display counting pole and an interactive map of bicycle bottlenecks ensure convincing communication. The participatory routes are also an important strength, and the extensive range of the Test caravan gives residents the opportunity to look for the right bicycle for their needs.