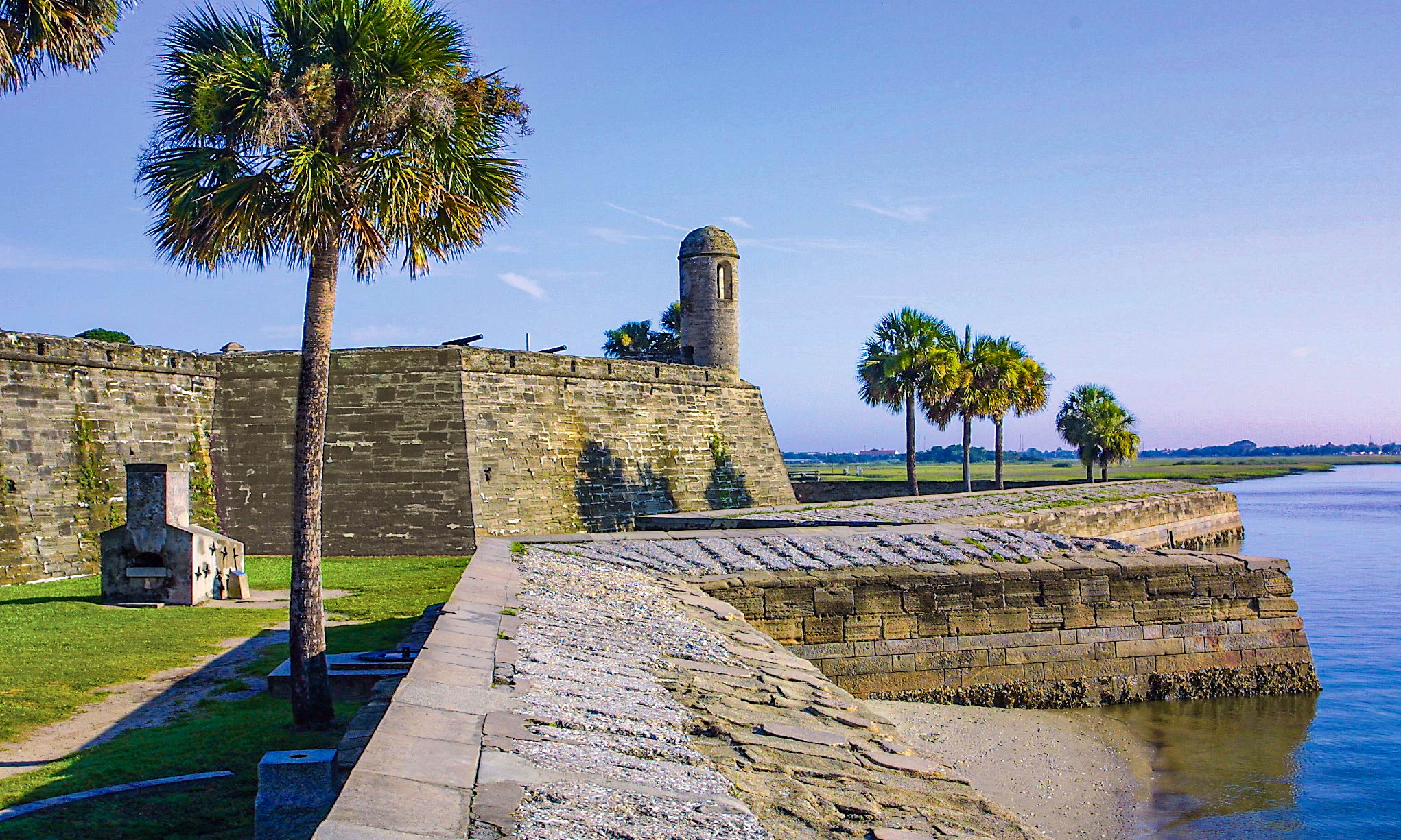 St. Augustine is a little town located on the Atlantic coast of Florida. Colonized by the Spanish in the XVI century, this coastal beauty is considered the oldest permanent European settlement in the United States and  the nation’s oldest continuously inhabited city. Here’s the history of this place.

The history of St. Augustine

For more than 500 years before the arrival of the Spaniards, the St. Augustine area was home of the Timucua people, Florida’s largest group of Native Americans.

In 1513, while looking for the mythological Fountain of Youth, Spanish explorer Juan Ponce de León – the first governor of the Island of Puerto Rico – ended up in this land and decided to call it “La Florida,” claiming it for the Spanish Crown. According to historians, Ponce de León sighted Florida’s East Coast on Easter Sunday, and hence decided to name the land Florida after the Easter season, known in Spanish as Pascua Florida. In the following decades, the Spanish government launched six expeditions in an attempt to settle Florida, but all failed. The first settlement was finally established in 1565. That year, Spanish conquistador Don Pedro Menendez de Aviles settled down on the shores of Florida and named the colonial settlement St. Augustine, in honor of the Catholic saint who is celebrated on the day he first saw the land.

At that time, St. Augustine served as a military outpost for the defense of Florida, and as a base for Catholic missionary settlements. However, keeping the colony under control has not been an easy task. In the following century, pirates and corsairs burned down St. Augustine several times. When English colonies were established in the Carolinas and Georgia, conflicts between the Spaniards and the British became frequent. In 1672, to protect the city from invasions, the Spaniards began the construction of a stone fortress, which is known as Castillo de San Marcos. With the Treaty of Paris in 1763, which put an end to the French and Indian War, St. Augustine passed under British rule. Twenty years later, a second Treaty of Paris returned Florida to Spain as a reward for Spanish support to the Americans in the war against England. Only in 1821, all Spanish colonies of East and West Florida came under control of the United States.

The years 1835-1842 were marked by a violent war with native Indians, the so-called Second Seminole War. In 1845, Florida became a state of the Union. During the Civil War, Union troops of the US government occupied St. Augustine, and remained in control of the city. After the war, St. Augustine started to develop as a tourist town thanks to the opening of a winter resort for wealthy Americans commissioned by Henry Flagler. After the resort, several other hotels followed and St. Augustine developed a tourism-driven economy.  In 1971, one of Henry Flagler’s hotels was transformed into an institution for higher education: The Flagler College. Today, around 2 million tourists visit the city, enjoying its architectural legacy, narrow cobblestone streets, appealing historical sites, and wild scenic vistas. Visitors can find several attractions, from history museums  to national monuments to Gilded-Age hotels to even the oldest street in the nation.

Aviles street. Aviles Street  is the oldest street in the nation, where archaeologists have recently found pottery shards dating back to the early 1600s. Aviles street also boasts some of the city’s oldest historical sites, including the Ximenez-Fatio House Museum and the Spanish Military Hospital.

Fort Matanzas. Fort Matanzas is a National Monument built in 1742 to defend the city of St. Augustine from the British attacks.