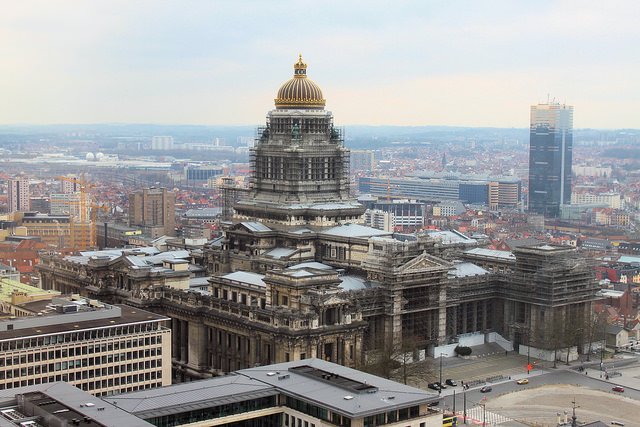 The scaffolding currently covering the Brussels’ Palace of Justice now needs its own renovation before workers can use it to carry out the renovations of the building itself.

Belgium’s federal government has said it will put aside €1.5 million for the renovation of the scaffolds, which have been in place since 1984 and now need to be reinforced and adapted before renovation works on the building can take place.

According to the Brussels Times, the first step in these renovation works is reinforcing the scaffolds. “Thanks to these adjustments, tests and test restorations can already be carried out on the bricks,” says the Public Buildings Administration, the client for the works. “The anchors of the bricks will be mapped out and, if necessary, immediate problems will be solved.” Once the façade on Place Poelaert is done, which includes the entrance, the esplanade and the base of the palace’s dome, the façades of the Rue des Minimes, Rue aux Laines and Rue de Wynants will be restored also.

Secretary of State for Building control Mathieu Michel described the reinforcements on Twitter as “work in progress”. He wrote, “It is not a good signal of coherent and efficient public management to leave scaffolding on a building for 40 years when the work has not even been done,” Michel said. “We really want a justice system that is not under construction.”

At the moment, the scaffolding around the Palace of Justice is set to be taken down in 2030.