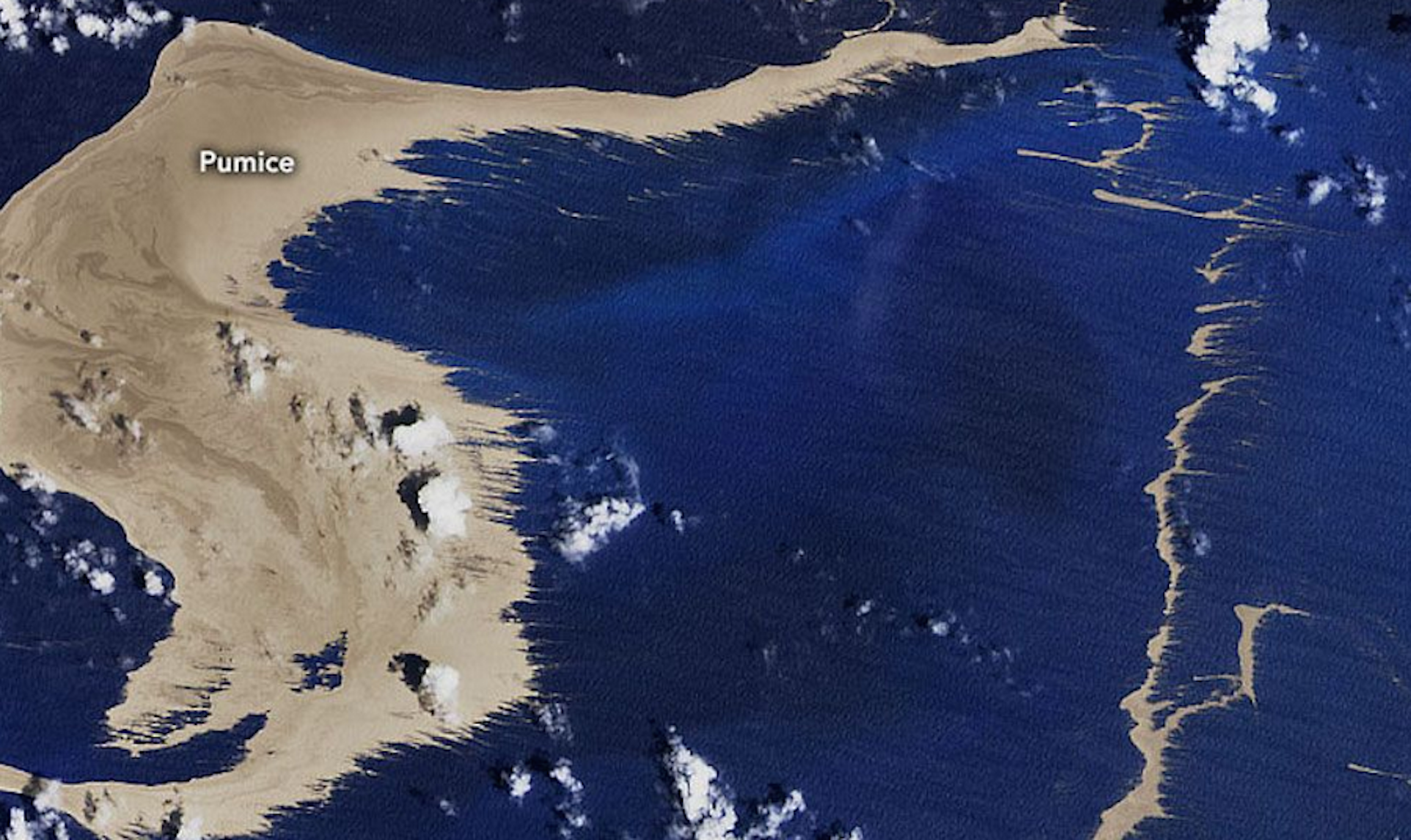 Large quantities of pumice have washed ashore in Japan, specifically over a wide area of the main island of Okinawa, affecting the fishing and tourism industries and regular shipping routes with remote islands. The pumice is believed to have reached Okinawa and the Amami Islands of Kagoshima over a period of about two months from Fukutoku Okanoba, an underwater volcano in the Ogasawara Islands that erupted in August. According to Matador Network, several Philippines Airlines flights were cancelled to keep ash from damaging the aircrafts’ jet engines

Fukutoku Okanoba, one of Japan’s 111 active volcanoes, is a submarine volcano located north of Minami-iō Island in the Ogasawara Islands. Eruptions recorded in 1904, 1914, and 1986 formed a new island each time, but all of them disappeared shortly thereafter into the sea.

Rafts of the rock can drift in the ocean for months or even years.

Although the 2005 and 2010 eruptions did not result in the formation of a new island, a variation in the color of the surrounding waters was observed, suggesting that eruptive activity continues intermittently.

The eruption that occurred on the 13th of August 2021 raised volcanic smoke to a height of between 16 km and 19 km between 13:20 and 19:50 hours, followed by intermittent eruptions that continued until August 15th. According to the Geological Center of the National Institute of Advanced Industrial Science and Technology, the level of the eruption was ranked as one of the largest to occur in the Japanese archipelago since the Meiji era, second only to that of the Sakurajima volcano in 1914 during the Taishō era.

The large amount of pumice produced by the eruption began drifting toward the Amami and Okinawa islands, about 1,300 km away, since early October, after about two months by ocean currents. On Okinawa, the pumice has covered the coastline and harbors, affecting the fishing industry and inter-island traffic.

The pumice is now expected to approach the Tōkai and Kantō regions in the Kuroshio Current.