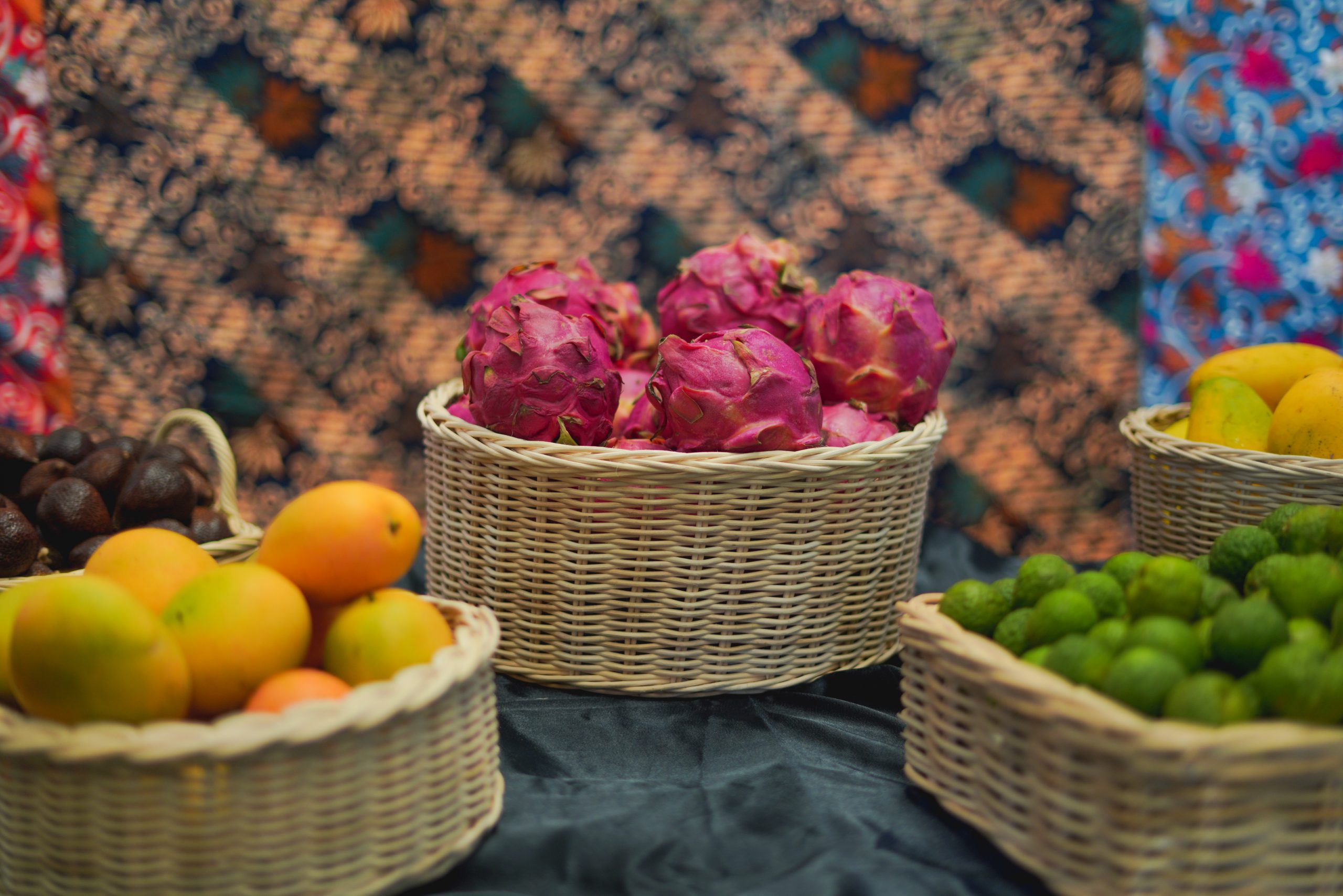 A large country with a successful agricultural sector, Indonesia offers an array of food exports including coffee, various tropical fruits, rices, Tempeh products and spices to name a few. In addition to the Merdeka Export program initiated by the Ministry of Agriculture, which aims to further boost agricultural exports, negotiations for an EU-Indonesia free trade agreement were launched on 18 July 2016 and it is hoped this would enable the country to further promote its large variety of products in EU countries. Travel Tomorrow spoke to Prihasto Setyanto, Director General of Horticulture of Indonesia, and H.E. Andri Hadi, Ambassador of Indonesia to the Kingdom of Belgium, the Grand Duchy of Luxembourg and the European Union, about the success of the country’s agricultural sector, some of their unique export products, and the country’s future regarding trading with the EU.

1. Thriving during the Covid-19 pandemic

According to Indonesia’s Statistic Bureau, agriculture is one of the sectors that continued to grow during the Covid-19 pandemic, and Setyanto offered some insight on why this may be. He highlights the necessity of food throughout the pandemic, the tropical climate and fertile soil of Indonesia, and the size of the country and its labour force. In a country of 273 million, “more than 70% of the people are farmers”, he said, “and many young people, during the Covid-19 pandemic, liked working as agricultural entrepreneurs”. “People are producing so many kinds of agricultural products which are best for export”, he added. Setyanto explained that “the export of Indonesian agricultural products increased 15.79% in 2019. For the same period between 2020 and 2021 this increase was 46.7%”. These exports come mostly from plantation crops, followed by livestock, horticulture and food crops.

We are now trying to improve mechanisation in all agricultures in Indonesia and we are also working to increase our exports.

Commenting on the success of the country’s agricultural sector, Setyanto stated, “The Ministry of Agriculture has a policy with 5 points of action for the success of agriculture in Indonesia; the first is to increase the production and capacity improvement, the second is diversification, the third is strengthening reserve and food systems and the fourth is modernisation of agriculture.” He continued, “We are now trying to improve mechanisation in all agricultures in Indonesia and we are also working to increase our exports… this is is the strategy that is being spread throughout the country.”

To further boost Indonesia’s agricultural exports, the country’s Ministry of Agriculture initiated the Merdeka Exports program (Merdeka meaning freedom in English). Speaking about the agreement, Setyanto told us, “17th August is Indonesian Independence Day, and on this day the President of Indonesia wanted to give acknowledgment for the farmers, for the people who produce agricultural products, because we have a very good export during this day… exports increase a lot in the seven days leading up to this day.”

3. Belgium as a preferential market

Speaking about Belgium as a preferential market of Indonesia, Setyanto explained, “Belgium has a very large community and so many people from different countries, including African and Asian countries…we understand that they like to consume agricultural products from tropical countries. We see this as very good for the economy and Indonesia and we try to promote some of the products from Indonesia to the Belgian community.” Setyanto stated that Indonesian exports to the EU, of both food and horticulture, are increasing, especially during the Covid-19 pandemic.

We are leveraging our agriculture practice to be more competitive in the EU market.

4. The importance of coffee

Indonesia is the 4th largest producer of coffee in the world and makes different types from all over the country, each with its own flavour. In fact coffee production accounts for around 3% of the country’s GDP, Setyanto told us. “We are trying to improve our good agricultural practice and good handling practice in coffee production for the EU standards”, he explained, adding that the Netherlands and Germany are currently the largest consumers of their coffee within the EU, and they hope to increase Belgium’s consumption. Asked to describe the flavour of Indonesian coffee, Setyanto replied “we have so many kinds of coffee, in every district we produce coffee with different tastes. I myself cannot differentiate but coffee lovers can tell where different tastes come from.” Comparing some of his own tasting experiences, he described some coffee as having tasted like wine, others like strawberry and another like Cacao. “There are so many flavours” he enthused, “It is probably not known enough here in Belgium, that’s why I’ve come here to promote it.”

We strongly believe that by finalising the free trade agreement in the near future, our total trade will increase more than 2 billion and give us the opportunity to have more investment.

H.E. Andri Hadi, Ambassador of Indonesia to the Kingdom of Belgium, the Grand Duchy of Luxembourg and the European Union

Asked how the conversation regarding the negotiations between the EU and Indonesia for a Free Trade Agreement (FTA) are going, Ambassador Hadi replied “The EU is Indonesia’s third largest trading partner, with a total trade of 23.35 billion US dollars, and Indonesia definitely looks forward to the finalisation of the Free Trade Agreement with the EU.” Describing the negotiations as making ‘good progress’, he added that “we strongly believe that by finalising the free trade agreement in the near future, our total trade will increase more than 2 billion and give us the opportunity to have more investment.” He acknowledged that “there are some issues that we have to discuss in detail”, and that Covid-19 and its virtual negotiations has not made it easier. Speaking about the impact of the FTA in the future, the Ambassador said, “I think the impact will be beneficial for both of us…It will be easier for Indonesian agricultural products to enter the EU market. There will be more market access with more than 500 million customers in the EU market, I think this is a good market for our agricultural products”.