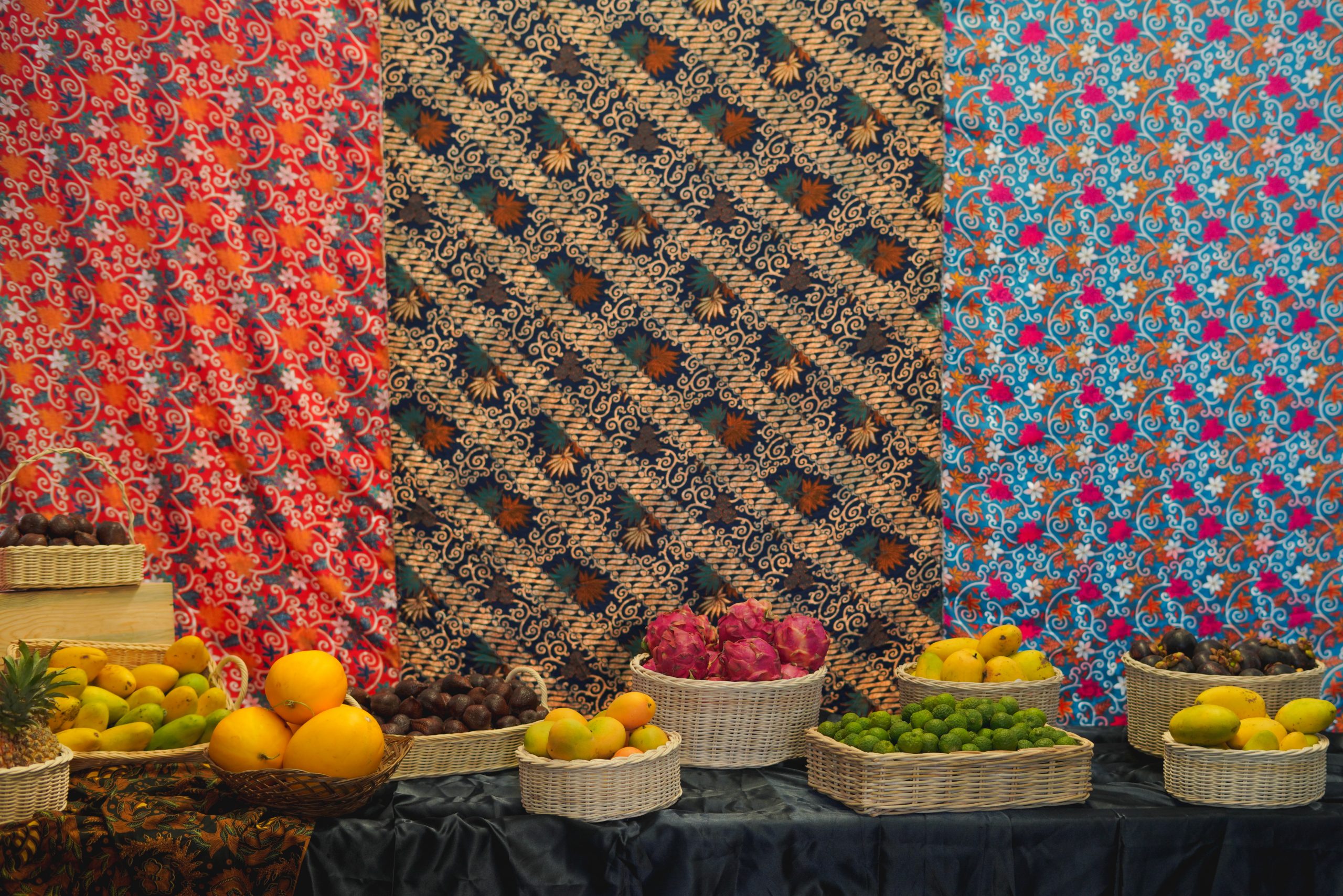 Indonesia is a large country with a wide variety of unique products offered by its agricultural sector. According to the country’s Statistic Bureau, agriculture is one of the sectors that continued to grow during the Covid-19 pandemic, and the Merdeka Export program (Merdeka meaning free), initiated by the Ministry of Agriculture, is expected to further boost agricultural exports. To deepen EU-Indonesia trade and investment relations, negotiations for an EU-Indonesia free trade agreement were launched on 18 July 2016 and it is hoped such an agreement would enable the country to further promote its large variety of products in EU countries.

To showcase some examples of the country’s agricultural treasures, on Sunday September 19th the BorGerHub in Antwerp, a city with a large Indonesian community, hosted the Indonesian Superfood Exhibition and Tasting Event. The exhibition promoted several varieties of super foods that are popular in the country but rarely known outside Asia, giving visitors the opportunity to experience and enjoy Indonesia’s unique flavours. Many varieties of coffee, exotic fruits, tempeh and rice dishes were on offer to taste, as well as talks and workshops about the products. Importantly, the event also saw the official signing of an MOU between the Embassy of Indonesia the Kingdom of Belgium, the Indonesian Ministry of Agriculture and Adhyata company, in order to boost exports of Indonesian products to Belgium.

H.E. Andri Hadi, Ambassador of Indonesia to the Kingdom of Belgium, the Grand Duchy of Luxembourg and the European Union, spoke at the event, welcoming the attendees and inviting them to enjoy the Indonesian delights on offer. He highlighted the rich choice in coffee produced by the country, of which consumption has increased 6% in the last two years. He also emphasised that the country is supporting sustainable coffee farming and small growers in the industry.

Aside from coffee, Indonesia also has great potential for tropical fruits.

Setyanto also explained that “Indonesia is striving to meet the strict safety standards of the EU, especially regarding fresh fruit” and is “increasing the country’s organic products”. “I am very optimistic”, he said, “that the targets we have set can be overcome”.

For the event, the BorGerHub, located in Antwerp’s multicultural neighbourhood of Borgerhout, had a variety of interesting stalls set up. Rooms upstairs offered many exotic fruits from Indonesia for visitors to taste, with their varying flavours and high levels of vitamins and minerals. From the sweet Jackfruit to the juicy Snake fruit, named for its snake like skin, to several varieties of Lime commonly used for flavouring and seasonings on fish based meals as well as in chilli sauces. Indonesia has an incredible amount (over 200!) of Mango varieties, all with different tastes and textures, and some of these were also available to try. Also on offer were the unusual Mangosteen, with its small segmented white fruit hidden inside a round, brown exterior, very sweet to the taste, the beautiful Dragonfruit with its centre of different colours dependant on the variety, and the Papaya, both big and small, which whilst delicious ripe can also be used unripe for cooking and is commonly used in curries.

Visitors at the event also had the opportunity to try Indonesian fruit salad; a selection of tropical fruits covered with a sauce made from tamarind, palm sugar and peanuts, with chilli sometimes added for a sweet but spicy kick. Another room showcased tasty Cacao products, along with Tapioca sweets made with coconut/palm sugar, or a savoury alternative of tempeh fried with soya sauce and chilli, served with coconut milk rice and a yellow looking rice cooked with turmeric and cumin.

Downstairs visitors were greeted by the scent of fresh coffee, a product of which Indonesia is the 4th largest producer in the world, and produces many varieties from all over the country, all with very different tastes. One such coffee, from the Flores region, was sourced from several small, struggling farmers, (the Switch Indonesia foundation), who are supported in their growing and harvesting. The coffee is only harvested once a year in an indigenous process, and is extremely important to the locals, with myths surrounding the process.

Other products on display included cocoa nibs and various chocolates. Next door to this was the warung, or typical Indonesian shop, showing the types of products available in the country, from spicy to savoury to sweet.

The event was made yet more authentic by the charming angklung performances, a traditional bamboo instrument from Indonesia. Songs from the country were played, accompanied by singing, by women dressed in kebayas paired with traditional batik sarongs. Batik, an Indonesian method of using wax in fabric dyeing, creates amazing unique patterns and many men at the event wore colourful shirts with various intricate batik designs. A feast for the senses, the Indonesian Superfood Exhibition and Tasting Event showed not just the many delicious foods that Indonesia has to offer, but the rich culture and people that produce them.