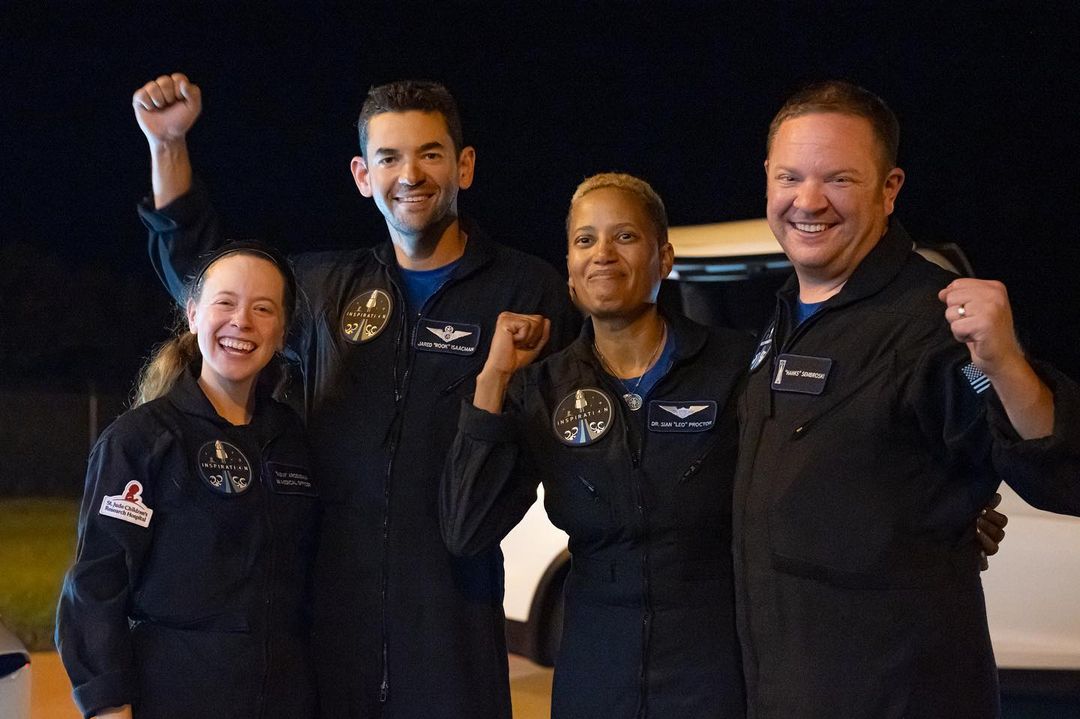 Why your next holiday will be by the sea

The four passengers arrived on Saturday evening, 18 September, after spending three days on an epic trip orbiting the Earth. It was the first orbital mission in history without any professional astronaut on board, marking a new age in space exploration.

The crew, dubbed Inspiration4, got back to Earth inside of the capsule and was retrieved by a SpaceX ship, on Saturday at 19h06, local hour. The splashdown zone in the Atlantic Ocean was roughly 50 km east of NASA’s Kennedy Space Center, where the crew was launched on Wednesday. They were then transported by helicopter to the Kennedy Space Center, to be reunited with their families.

“Congratulations, Inspiration4,” Elon Musk, the boss of SpaceX, tweeted after the landing. The four Americans traveled farther than the International Space Station (ISS), up to 590 km above sea level. Speeding at around 28,000 km/h, they circled the globe more than 15 times each day.

“Thanks so much SpaceX, it was a heck of a ride for us, and we’re just getting started,” Jared Isaacman, who was leading the Inspiration4 crew, told SpaceX’s mission control just after splashing down.

“We loved space but it’s great to be home! Incredible news on Elon Musk’s donation and surpassing the 200 million goal for St Jude’s Hospital. Let’s keep it going,” wrote Isaacman on Twitter, referring to the mission’s ambition of fundraising for the pediatric hospital.

Apart from the philanthropic action, the mission’s goal was equally to mark a turning point in the democratisation of space, by proving that the cosmos is also accessible to crews who have not been handpicked and trained for years, as are the astronauts.

In particular, the crew said it gathered data for a scientific study examining how microgravity affects the human body. The crew has also collected data — heart rate, sleep, oxygen saturation in the blood, cognitive abilities, etc. — which should allow the scientific community to better understand the effect of the spatial environment on beginners.

The Inspiration4 mission completed several historic firsts, including the first black female spacecraft pilot, Sian Proctor, and the first person to fly to space with a prosthetic, Hayley Arceneaux, also the youngest American in space.

The trip’s success also represents a milestone for the space industry and the private sector as a whole.

“Welcome to the second space age,” Todd “Leif” Ericson, head of the Inspiration4 mission, told a press conference on Saturday.

The Inspiration4 crew’s success has definitely triggered the interest of some wealthy folks. SpaceX is planning further space tourism flights with the next launch scheduled for January 2022, with three businessmen on board.

“The number of people who have contacted us (…) has grown considerably,” said Benji Reed, head of human spaceflight at SpaceX on Saturday.

So far, the advent of space tourism will only be experienced by the wealthy and the privileged. When will this reality become a possibility for the ordinary folks?