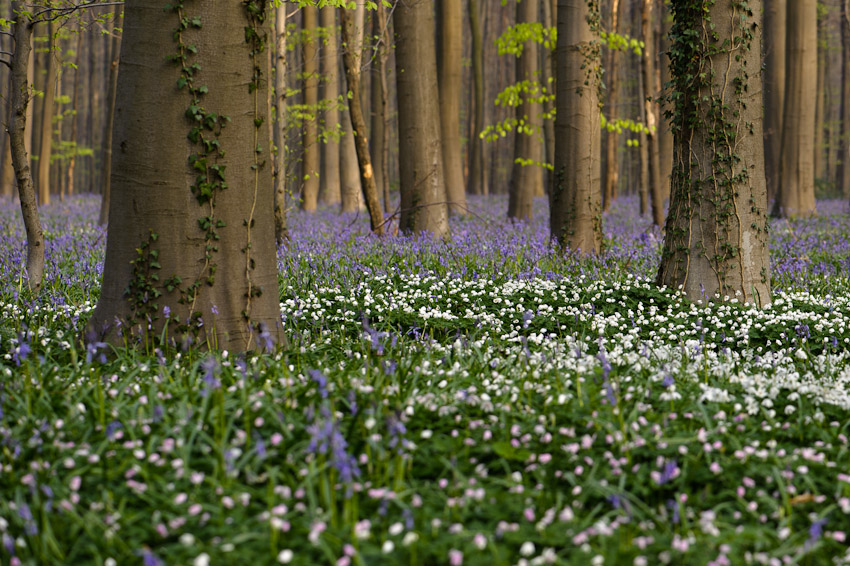 Every spring in April, in Belgium, there is a part of heaven that blooms and shows all its splendor. The Hallerbos forest is one of the most visited places in this country and from now it will benefit from natural reserve status. The Flemish Environment minister decided to take preservation measures to protect this place. It is a stunning natural masterpiece that encloses great history and precious wildlife.

The large area, which hosts a large ecosystem, forms part of nature’s gift in more than one way. Over time, the forest grew and hectares were added. Now Hallerbos counts with 542 hectares.

Even without the blue bells it’s a valuable piece of nature. The woods cover 600 hectares, which is relatively large according to Flemish standards.

Ms Demir assured that this unique area will be better preserved, and there is even more plans for this place. During the following three winters, the woodlands will be extended by connecting existing natural areas nearby. Moreover, the creation of an ‘ecorecreaduct’ across the Brussels Orbital Road, which would join two halves of the Hallerbos.

Visitors can have a walk around the woods through various paths: