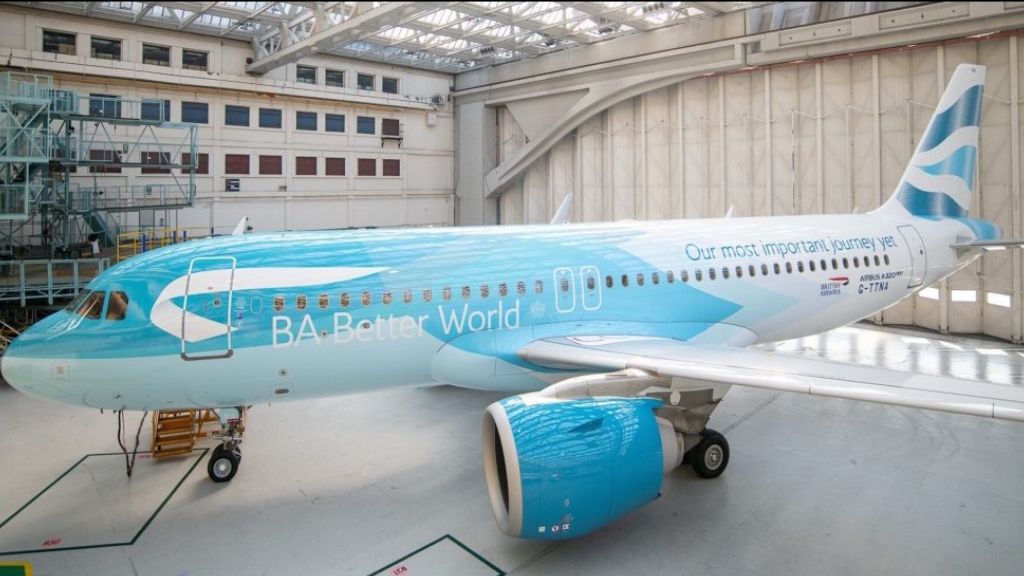 This flight offered a practical demonstration of the progress we’re making in our carbon reduction journey. By working together with our industry partners we’ve delivered a 62% improvement in emissions reductions compared to a decade ago

The short journey on the airline’s new special liveried sustainability aircraft painted in partnership with Airbus replicated a flight British Airways operated to Edinburgh in 2010. At the time, neither offsetting nor sustainable aviation fuel were available to reduce the flight’s impact on the environment, and the journey was operated on an older aircraft carrying fewer passengers.

The aim of flight was to show how far the aviation industry has progressed in its efforts to decarbonize over the last decade. The flight was operated by an Airbus A320neo, the quietest and most fuel-efficient short-haul aircraft currently in British Airways’ fleet.

The A320neo is a great example of how far our industry has come. It meets all the ICAO environmental standards thanks to advances in engines, aerodynamics, cabin and flight operations. The A320neo burns 20% less fuel, which means less C02, compared to its predecessor and is 50% quieter

Since then, British Airways has made changes including installing newer, lighter seats on the new aircraft, lighter catering trollies and has replaced heavy flight manuals and inflight magazines with digital downloads, all helping to reduce the weight of the aircraft, contributing to lower fuel use and lower emissions.

The flight was directly powered by sustainable aviation fuel, provided by bp, blended at 35% with traditional jet fuel in accordance with technical aviation specifications. This is certified under the requirements of the ISCC system (the global certification standard).

The aircraft was pushed back using one of the airline’s electric Mototok vehicles, powered by Heathrow’s supply of 100% renewable electricity. Just one of the aircraft’s engines was used to taxi to the runway, almost halving the power used to start its journey.

Air traffic controllers at NATS directed the aircraft on its continuous climb from Heathrow and descent into Glasgow, avoiding any leveling off, which causes an increase in fuel burn. The most direct routing was provided by NATS as well as the most optimal flight level and the aircraft was able to land without airborne holding; techniques that successfully saved fuel and reduced emissions.

Climb speeds were programmed in advance and aircraft computer systems worked out the optimum altitude and used accurate weight and wind data to ensure the most efficient journey possible. On landing, the second engine was switched off to halve the power used and carbon emitted as it taxied to stand.

The flight achieved a 62% CO2 emissions reduction compared with the flight in 2010 – 34% from more efficient aircraft and operations, 28% from the use of sustainable aviation fuel with the remaining 38% offset using high quality, verified carbon offsets.