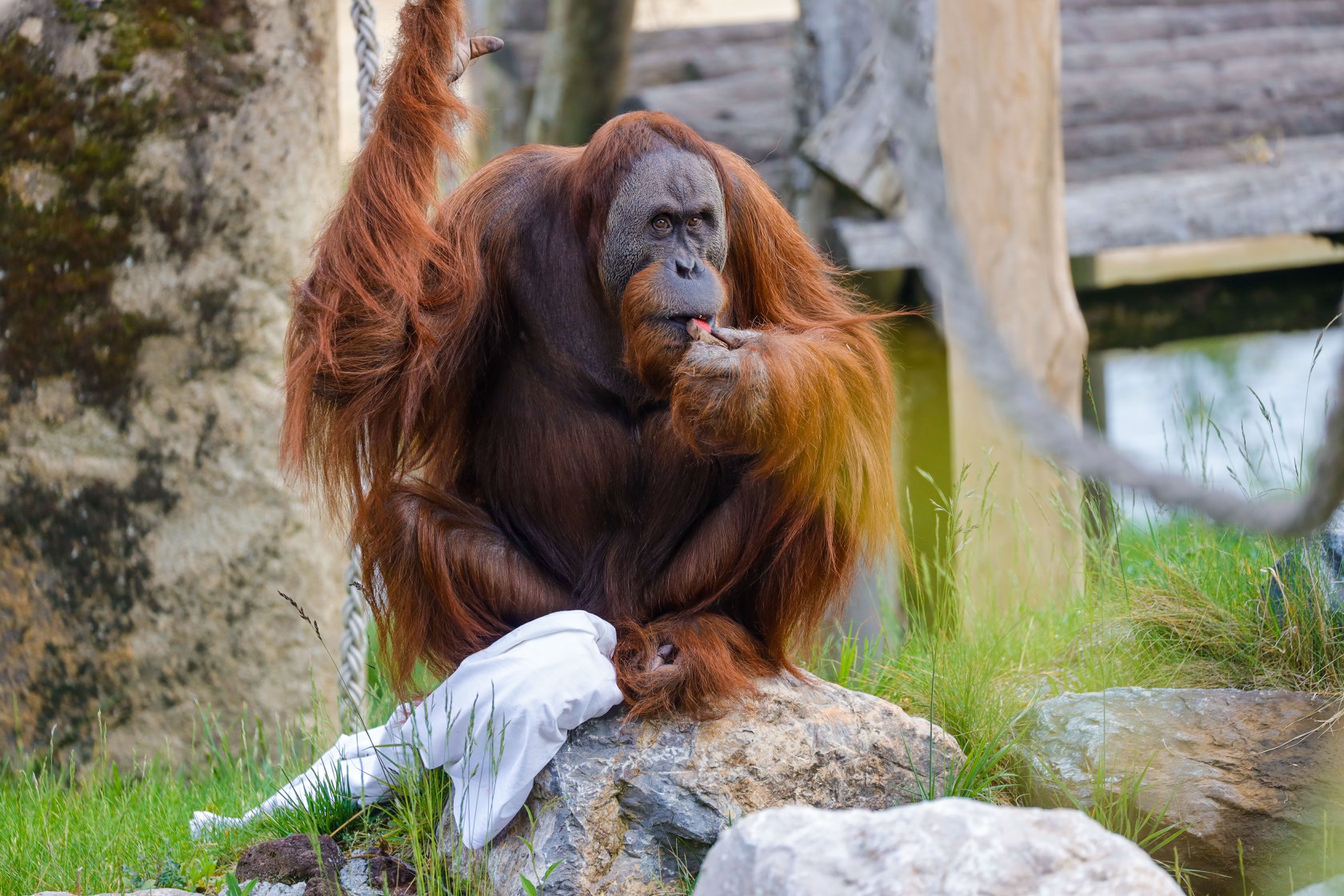 10 places to visit in Iceland during Winter

Pairi Daiza is a privately owned zoo and botanical garden situated in the Belgian province of Hainaut. This 65-hectare park hosts more than 5,000 animals (including five orangutans) living in carefully designed habitats which include elements from all around the world. There, zookeepers have purposefully arranged a habitat that allows orangutans and otters to interact together. The result? A strong friendship between the two species!

The Belgian zoo has a history of pairing different species together – such as penguins with seals, pelicans with kangaroos, or colobus monkeys with gorillas – but no combination has turned out to be as entertaining as the grouping of orangutans and otters. Photos of these curious relationship went viral after the zoo posted them on Facebook.

Writing to Live Science, Pairi Daiza spokesperson Mathieu Goedefroy declared that “The presence of a family of Asian small-clawed otters in [the orangutans’] territories is not a coincidence.” He explained that orangutans have 97% of their DNA in common with human beings; thus, they have to “be entertained, occupied, challenged and kept busy mentally, emotionally and physically at all time,” he added. This is the reason why the zookeepers decided to combine the habitats of orangutans and otters.

“The otters really enjoy getting out of the water on the orangutan island to go and play with their big, furry friends. It makes life more fun and interesting for both animal species, which makes it a very successful experiment.”

But the orangutans don’t only play with the otters; they are also involved in many other different activities, such mind games, riddles, puzzles and other exercises to train their intelligence. According to the International Union for Conservation of Nature (IUCN), all three existing species of orangutan are critically endangered because of deforestation and poaching. This includes the Bornean, Sumatran, and the Tapanuli orangutan. According to a 2016 report released by the IUCN, the total number of orangutans on Borneo and Sumatra is around 71,820.

According to Pairi Daiza’s zoo website, in the end of the ’90, orangutans’ habitat in southern Borneo was threatened by a project aiming to replace 1 million hectares of forest with rice crops. However, the project, which was known as “Mega Rice Project” was not successful as no rice grew in the soil. Although the project was abandoned, it is impossible for the native vegetation of the forest to grow back. The Belgian zoo has raised funds to help plant 11,000 trees in the Borneo forests, Goedefroy said.