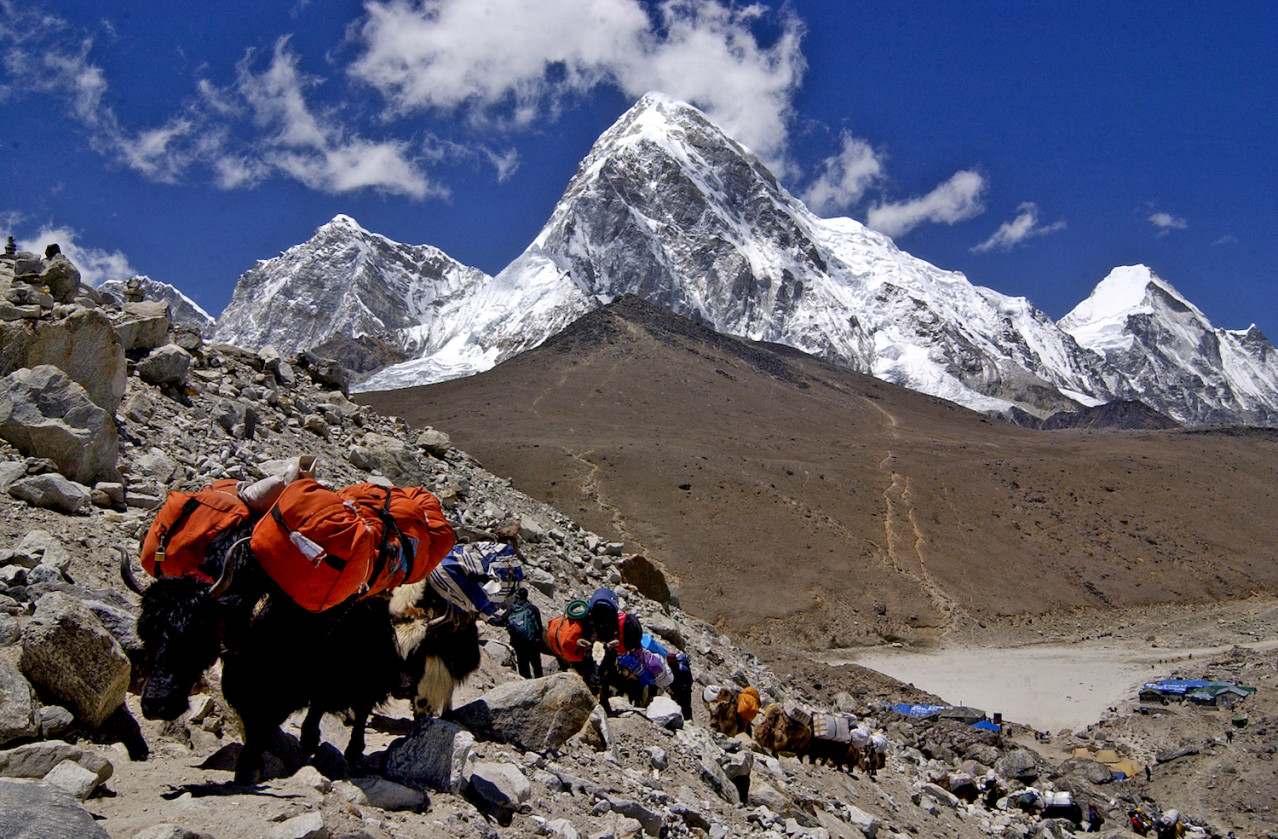 The combination of climate change and tourism is causing new stresses in Everest. Melting glaciers are condemning the closure of Nepal’s Everest Base Camp.

The Everest Base Camp is facing considerable risk from the melt of the nearby Khumbu glacier, Nepal’s Department of Tourism Director-General Taranath Adhikari said. The Nepali cited “anthropogenic activities” — also known as man-made or having been caused by the human presence — and climate change as issues affecting Base Camp. Khumbu glacier is melting at a speed faster than the natural rate.

The Everest Base Camp are rudimentary campsites at the base of Mount Everest that are used by mountain climbers during their ascent and descent, they are also visited by hikers. Local residents, mountaineers and environment experts have called on the government to take action.

We have received recommendations from numerous stakeholders to relocate the base camp. While no decisions have been made yet, we are taking these suggestions very seriously.

#Nepal may shift base camp of #MountEverest as global warming & human activity make current location unsafe, says senior official. With over 1500 climbers every season, current base camp on #Khumbu glacier is unsafe due to rapidly thinning glacier due to #climatechange. #IO pic.twitter.com/PqRLUoMHRW

Once involved parties complete their research, they will likely need to present a proposal to the Nepali government with the country’s Cabinet having the final say on a decision. Still, any major decision will take some time to materialize.

The rapid build-up of glacial lakes in the Everest that threaten to burst and flood the Sherpa homeland is a constant threat. A study in the Nature Portfolio Journal of Climate and Atmospheric Science published recently revealed that ice formed over a period of 2,000 years on the South Col Glacier melted in around 25 years.

Since Nepal ranks among the poorest countries in the world, tourism is a vital economic lifeline. Comprising about 4% of the country’s gross national product, the industry pulls in around half a billion dollars annually.

A permit to climb the taller mountains will run around $11,000, with a portion of that amount being earmarked for the communities living around the mountain. However, once adventurous get to the Khumbu region, there are other expenses, such as lodging, food and any additional supplies that aren’t covered in the expedition fees. In addition to trekking businesses, more than 300 hotels and lodges have sprung up from the tourism, many of which are owned by the local Sherpa people.