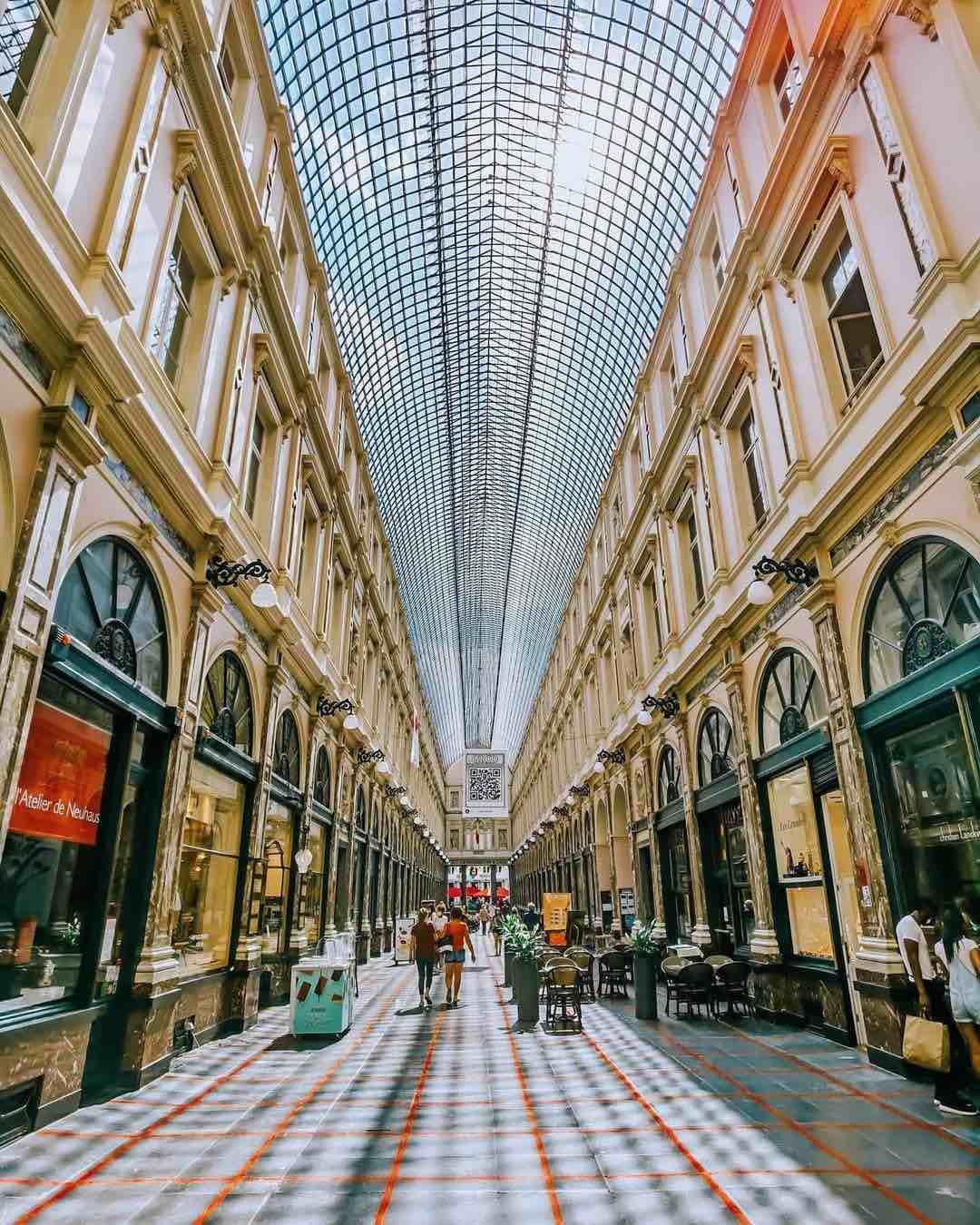 The Galeries Royales Saint-Hubert in Brussels are among the most prominent landmarks of the city. They are currently on the tentative list of UNESCO world heritage sites and, just a few minutes away from the Grand Place, the galleries are a mesmerising wonder for locals and tourists alike.

1. The story of the galleries

The young architect and businessman Jean-Pierre Cluysenaer first had the idea of the galleries in 1836. Construction started in May 1845 and the inauguration was only 18 months later. King Leopold I and his sons officiated the ceremony on 20 June 1847.

The complex was not called “Royales” from the beginning, each section simply having its own name. The King’s and Queen’s Galleries are the main parts of the complex, divided by a colonnade where Rue des Bouchers crosses the arcade. The third, smaller section is represented by the Gallery of the Princess, situated on the side of the main passageway. It was only in 1965 that the three sections were brought together under the name of “Galeries Royales Saint-Hubert”.

The Royal Galleries are one of the iconic representations of commercial dynamics in Brussels. Through its commercial mix, heritage beauty and journey through the heart of the historic centre of our capital, the Galleries embody the excellence, tradition and influence of Brussels commerce.

Cluysenaer envisioned something more than just a shopping complex, he wanted to create an urban microcosm, a city within a city, so, according to his plan, two theatres were also built within the galleries: the Théâtre des Galeries and the Vaudeville theatre. Today, offices and housing units can also be found in the galleries, as well as terraces, cafes and restaurants. The halls are constantly buzzing with people, making young Cluysenaer’s dream come true.

Between six and seven million people per year walk the three covered galleries (…) to the point that the blue stones that cover the ground are worn down. The oldest ones are now only 3cm thick, whereas, originally, they were 15.

Almost 2 centuries from their inauguration, the galleries are still one of the most visited monuments in Brussels and their 175 years anniversary deserves a proper celebration. An exhibition on their history is planned for December this year, while the owners are planning on twinning with the Victor Emmanuel II galleries in Milan, which were built 20 years after Saint-Hubert and were, in fact, inspired by them.

Fun fact. The galleries are still privately owned by the Grosjean brothers, whose family built the complex. While everyone can freely roam the covered passageway nowadays, there used to be an entrance fee: 25 cents on Thursdays and Sundays and 10 cents on the rest of the week.