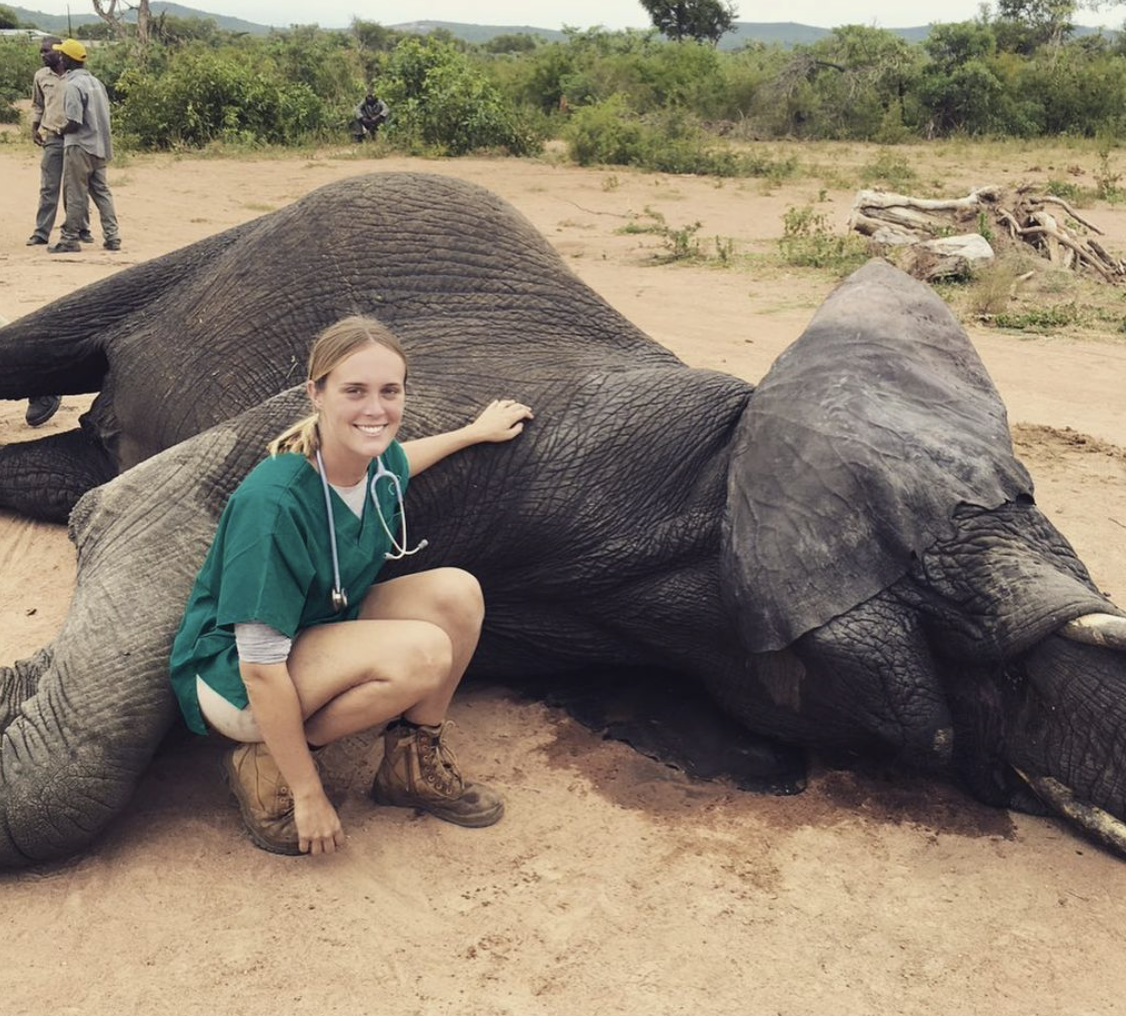 Meet Doctor Jungle: The vet who is saving amputee elephants

Learning to live with Covid and Climate Change

Dr. Chloe Buiting – dubbed the ‘Jungle Doctor’ – is a dedicated 31-year-old Australian veterinarian who is passionate about species conservation and wildlife medicine. Despite her young age, the Jungle Doctor has already saved hundreds of animal lives, contributing to the protection of endangered species around the globe. Dr. Buiting travels the world to help wild animals and to share the work of veterinarians and conservationists. But her focus is not just on general vet practices; she also performs several more complicated operations such as delicate respiratory surgeries. Some of her best experiences came mostly from the time she spent in Africa and Thailand, helping elephants and rhinos. There, animals are facing severe issues, including habitat loss, poachers, wildlife crime, landmines explosions, and the black market.

1. Fitting a prosthetic leg to an elephant

One of the most brilliant activities she has carried out is fitting prosthetic legs to elephants who have been injured by landmines on the Thai border. Dr. Buiting’s experiences with elephants prostheses started in early 2020, when she shadowed a vet team of the Friends of the Asian Elephant (FAE) in Chiang Mai and helped them in taking care of landmine-injured elephants. “My time with them was an experience that I will never forget,” she declared during an interview with 7 News.

The Friends of the Asian Elephant Foundation (FAE) is an organization that provides care for sick and injured elephants in Thailand. The FAE carries out its activities in the world’s first Elephant Hospital, which is located in Northern Thailand. “The hospital does groundbreaking work that helps elephants who have lost their legs from landmines,” said Dr. Buiting.

The hospital treats elephants’ amputees who have been injured by landmines in Northern Thailand. The foundation was established in 1993; since then, over 4,500 elephants have been successfully treated. But treating elephants who have been injured by landmines is with no doubt a very challenging case. Recently, the FAE has completed the construction of a prosthetics factory right next to the Elephant Hospital, where a team of experts builds new prostheses for injured elephants.

Speaking with 7 News, the Doctor declared that it’s extremely rewarding to give these animals a better quality of life, although seeing them in such conditions is heartbreaking. She explained that the padded prosthetic legs are fitted, adjusted, and tightened using a ratchet system.

2. Mosha: The first elephant with a prosthesis

The first prosthetic leg was fit to Mosha, a 2-year-old elephant who lost her front leg due to a landmine on Thailand’s border with Myanmar. Mosha arrived at the elephant hospital when she was only 7 months old. Two years later, visiting surgeon Dr. Therdchai Jivacate and his team of vets decided to take care of her. The team designed a 15-kg prosthesis made of plastic, metal and sawdust, and fitted it to Mosha, who quickly learned to walk in it.  “With the help of prostheses, elephants can learn to walk again and live full lives that would have otherwise been impossible,” declared Dr. Buiting.

While growing up, Mosha has received more than 10 prosthetic legs to support her new weight and her changing body. Her current prosthesis is made of thermoplastic, steel, and elastometer. Building elephants’ prosthesis is not the only way to help these endangered animals. The Aussie vet thinks that everybody has the ability to save critically endangered species and protect the ecosystem. She said that we all can help endangered animals by making small changes to our lives, firstly by knowing what we buy, where it came from and whether our buying habits have environmental consequences or not.