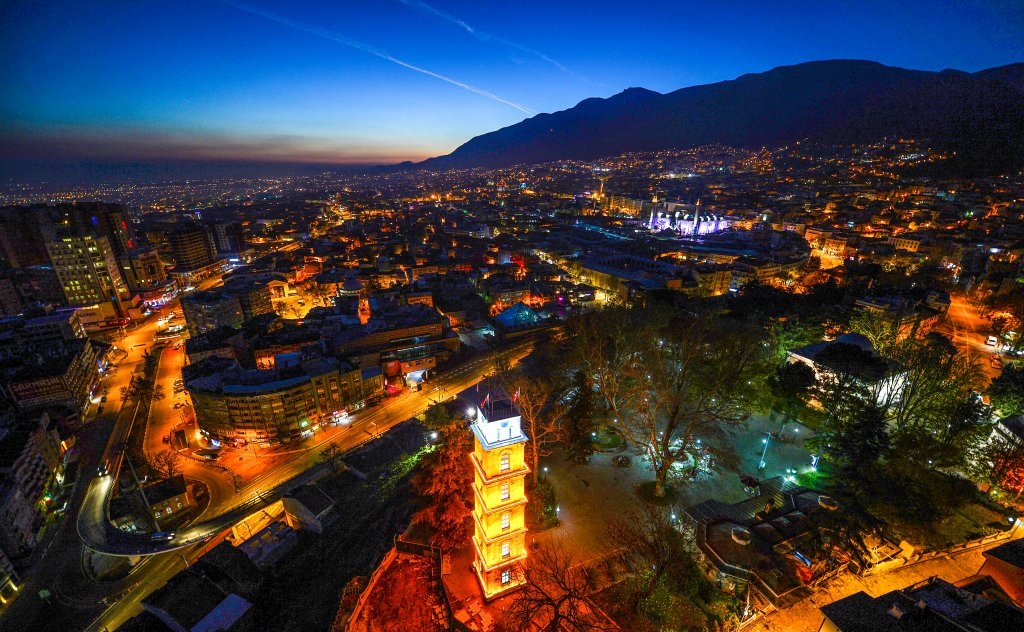 Lessons of sustainability from Bursa

A long way to sustainability for the travel and tourism industry

Bursa is a city in north-western Türkiye, the fourth most populous in the country. Being the first capital of the Ottoman Empire, its cultural legacy is mesmerizing. Surrounded by mountains and being scattered with parks, the city is a perfect holiday destination any time of the year.

To showcase what Bursa has to offer and how it is embracing sustainability, a delegation from Bursa, let by its Mayor Alinur Aktaş, came to the European Parliament in Brussels, on 5 September.

I believe that we must be aware of our responsibility of ensuring the preservation of human civilisation, as well as of our culture. And we must do our very best to increase the number of green and sustainable initiatives.

Mayor of the Metropolitan Municipality of Bursa, Alinur Aktaş, exemplified how the city of Bursa is embracing technology and digital transformation to become more sustainable, as well as promoting its cultural and historical heritage.

This is particularly challenging in the face of the population boom of the city. In 1970, there were just over 400,000 people, now there are 3 million. Such a rapid growth has heavy consequences and has to be approached correctly, the mayor pointed out.

Green work is a culture, that’s why maybe the western countries are so successful in that. So we’re trying to put the green culture as a basis for our city and our policies.

Alinur Aktaş, Mayor of the Metropolitan Municipality of Bursa

Specifically, at the moment, there are plans to create 3 million square metres of green spaces in the city. All the train stations are fully powered by solar energy. “Our city is also known as green Bursa. We are carrying out important projects to remember our green Bursa in the future, with its green consumer, green technology, green production, green marketing and green design applications”, he added.

The city is constantly investing in projects that make it greener and more sustainable. Climate change is a top priority, with carbon capture and rain harvest systems being tested. Moreover, they are working with systems that generate electricity from solid waste storage areas.

Even accommodation establishments play their part. Vuslat Dağlı, the Türkiye Sales Director for Marriott International, revealed that they are reducing food waste by 40%, they have sustainability accreditation in all their hotels and are reaching a 30% renewable energy minimum on all properties.

By 2025 all the suppliers working with the hotels will need to provide a sustainability accreditation and they will only use responsible sources for everything used in the hotels, from the food to the textiles and toiletries.

At the same time, people are being educated on what climate change is and its repercussions. Not just in Bursa, but children in Türkiye now learn in school about the environment and climate. To achieve a balance between urban landscape and green spaces, some buildings in congested areas are being demolished to make room for parks, Dr Neslihan Türkün Dostoğlu, the Bursa Field Director from the Istanbul Culture University, added.

2. Tourism, a battle between conservation and promotion

The pandemic has made people realise the importance of sustainability, resilience, biodiversity and inclusivity.

Dr Dostoğlu highlighted how a touristic trip in no longer just a voyage from one place to another, but the connections people make and what they learn about their destination and Bursa can offer great cultural connections.

Moreover, the evaluation of tourism should be made “in a way that includes all cultural and natural features of various regions, instead of focusing on certain areas”. Should a city wish to remain sustainable when it comes to tourism, it needs to find a balance between the protection and the use of its assets, otherwise, cultural and natural landmarks will be negatively impacted.

Cultural and natural wealth, which makes each city different, is the basis for urban identity. These values are also the condition of urban sustainability.

Dr Janos Hovari, Executive Director of the Representation Office of the Orgaization of Turkic States in Hungary

Dr Hovari shared the same view as Dr Dostoğlu, saying that when cultural and natural wealth “are directed correctly, there are many opportunities to establish a strong relationship among culture, heritage and tourism. Since these opportunities differ in each settlement, it is necessary to develop unique solutions for each case.”

“A sustainable approach to tourism means that neither the natural environment, nor the socio-cultural fabric of the host communities will be impaired by the arrival of tourists. On the contrary, natural environment and the local communities should benefit from tourism, both economically and culturally”, he synthesised.

The biggest advantage of having areas registered on UNESCO’s world heritage list is that these areas now recognised by the whole world as areas with superior universal value.

Alinur Aktaş, Mayor of the Metropolitan Municipality of Bursa

All the participants agreed that having sites inscribed in UNESCO offers great opportunities for the city to become known internationally. In 2014, Bursa was officially recognised for its cultural and historical value as the birthplace of the Ottoman Empire. Moreover, as an important stop on the Silk Road, its tradition of silk weaving dates back centuries.

There is a tough balance to be achieved between promoting cultural sites, so the world discovers them, and, on the other hand, preserving them. Bursa is a model of sustainable tourism, the cultural capital of the Turkic world is providing a model to be followed of how to preserve culture and promote tourism in a sustainable way.