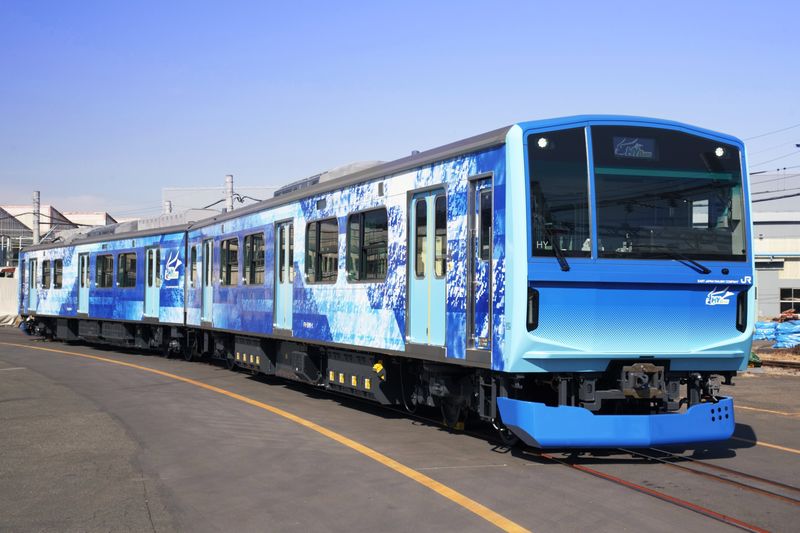 What are the hardest countries for tourists to drive in?

The East Japan Railway Company (JR East) will start testing Japan’s first hydrogen-fuelled train next month, in a step towards the country’s goal of reaching net zero emissions by 2050.

Japan’s largest railway company designed the model in partnership with Toyota Motor Corp. and Hitachi Ltd. and the result bears the name of ‘Hybari’. The tests will be conducted on the Nanbu Line, which connects the Tachikawa Station in Tokyo to the Kawasaki Station in Kawasaki, as well as on some other unspecified lines.

‘Hybari’ has only 2 cars and its development cost 4 billion yen, or about $35 million, but, on a single filling of hydrogen, it will be able to reach a speed 100 km/h and cover a distance of up to 140 kilometres.

JR East estimates that commercial services will be available by 2030 and intends to replace its entire diesel fleet with the hydrogen model, but it is also looking into export markets.

Following Europe’s model, Japan plans to become carbon neutral by 2050 and the hydrogen train is a big step in that direction. To serve this purpose, the country has made hydrogen a key clean-energy source, intending to increase hydrogen usage to 20 million tons by 2050, while more fuel-cell buses and commercial vehicles are on the road.

At the same time, energy companies like Iwatani Corp. and Kawasaki Heavy Industries Ltd. are working on reducing the price through better supply chains, for the second generation of its hydrogen-fuelled Mirai car model, while Toyota plans a ten times increase in production.