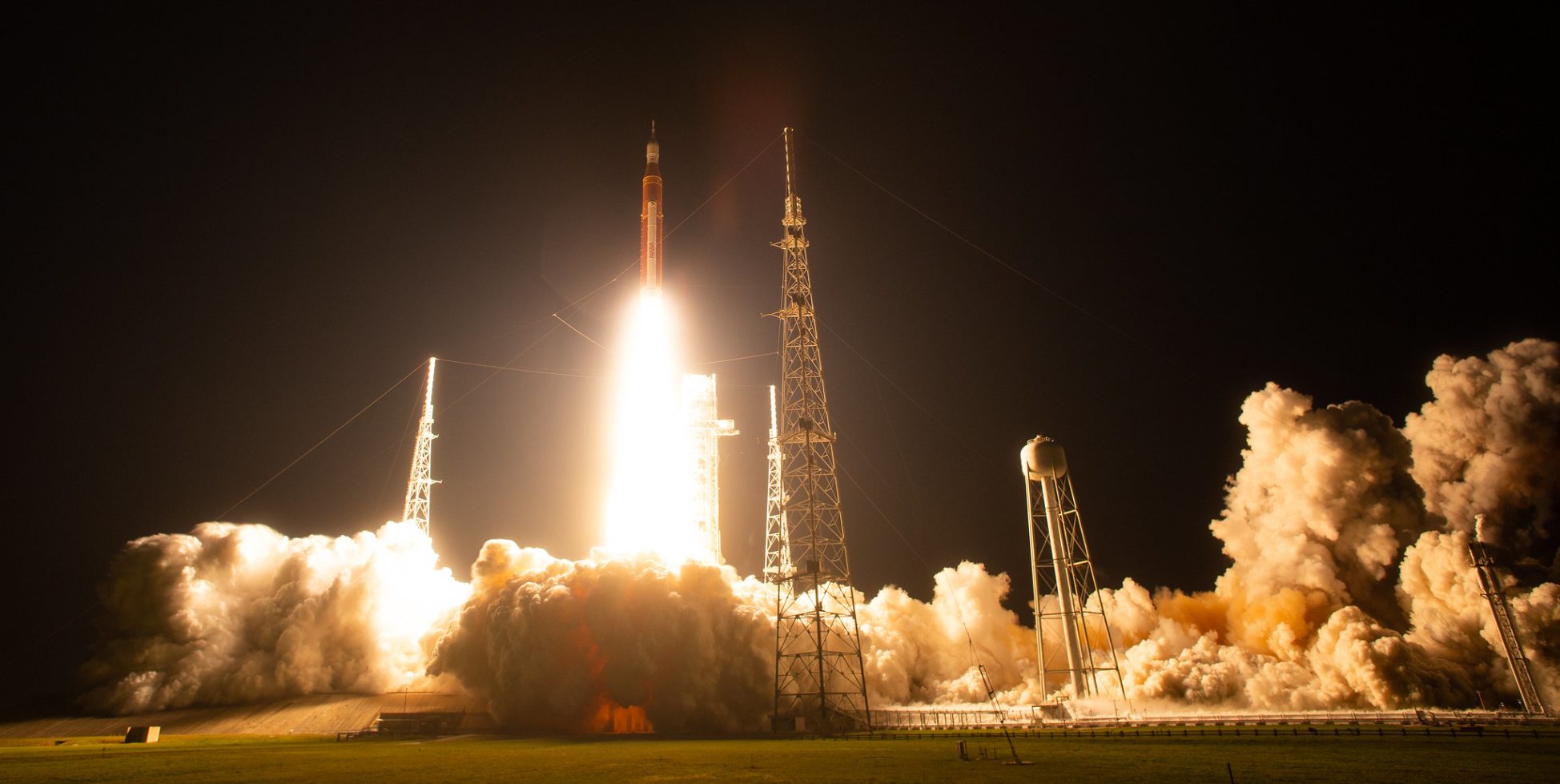 Humans will live on the Moon this decade, NASA says

How many countries have achieved carbon neutrality?

Scientific missions on the Moon, the Earth’s natural satellite, will likely require humans to establish and live there, according to the NASA official leading the Artemis 1 project.

While the current mission is not carrying human lives, it’s setting the stage to guarantee that all the conditions are in place to welcome human beings on the Moon, somewhere in 2024 and beyond. On Wednesday, 16 November, the Artemis 1 rocket, which carries the Orion capsule, was launched from the Kennedy Space Center, in Florida, to reach the Moon. The liftoff also marked the debut of the Space Launch System (SLS), the most powerful rocket ever to launch successfully. Overall, the complex mission is part of NASA’s efforts to take astronauts back to the Moon and to build the necessary amenities for humans to live and conduct research.

For the first time, the @NASA_SLS rocket and @NASA_Orion fly together. #Artemis I begins a new chapter in human lunar exploration. pic.twitter.com/vmC64Qgft9

“It’s the first step we’re taking to long-term deep space exploration, for not just the United States but for the world,” said Howard Hu, the man leading NASA’s Orion lunar spacecraft programme during a TV interview with BBC on 20 November.

Artemis 1 is the first mission of NASA’s Artemis program of lunar exploration, which aims to set up a crewed research base on the moon by the end of the 2020s, among other objectives. If the current Artemis 1 flight proves successful, Hu said, then the next step will be with a crew (Artemis 2), followed by a third, where astronauts would land on the Moon again (Artemis 3) for the first time since Apollo 17, 50 years ago in December 1972.

Once the safety of Artemis’s components and systems has been tested and proven, an assessment that can only be done when the Orion module travels back to Earth, Hu said the plan was to have humans living on the Moon “in this decade”. The NASA official explained the importance of going back to the Moon, citing expectations to discover whether there is water at the Moon’s south pole. If proven true, Hu said, the water could be converted to provide a fuel for craft going deeper into space, to Mars, for example.

Hu said the Artemis missions will enable the team to have a sustainable platform and transportation system that will allows them to learn how to operate in that deep space environment.

Expected to reach Earth on 11 December, Orion will re-enter the planet’s atmosphere at 38,000km/h (24,000mph), or 32 times the speed of sound. The shield on its underside will be subjected to temperatures approaching 3,000C, a true resilience test for its internal equipment and, above all, for human life.