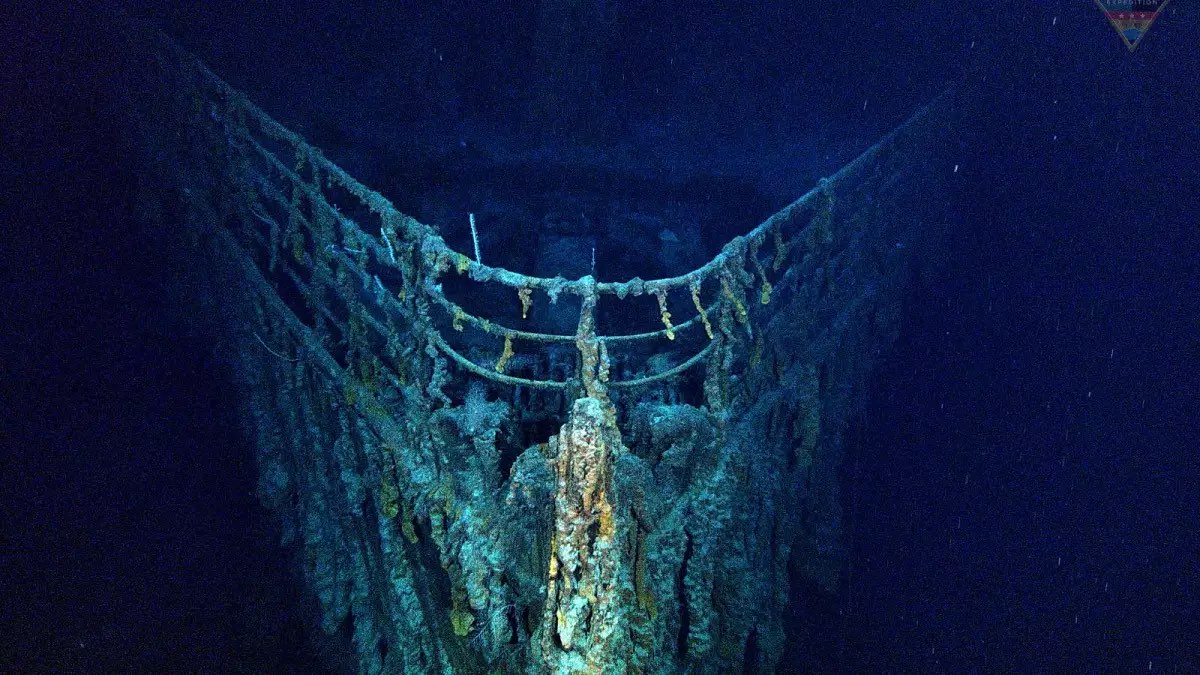 For millionaires who can enjoy unusual expeditions, the ocean is the next frontier. A video released last week by OceanGate Expeditions, an American commercial exploration company, shows the Titanic for the first time in 8K quality (much higher than the resolution of most TVs and computer screens) and offers a new opportunity for the marine exploration tourism industry.

OceanGate Expeditions takes tourists in submersibles to shipwrecks and underwater canyons, The New York Times reports. For this summer’s Titanic expedition, lucky and intrepid travelers paid €250,000 to take a submersible approximately 4 km to where the infamous ship’s wreck rests.

The footage provides scenes of Titanic’s renowned bow, the portside anchor, hull number one, an enormous anchor chain (each link weighs approximately 200 pounds or nearly 91 kilograms), the number one cargo hold, and solid bronze capstans. Also captured is dramatic evidence of decay where some of the Titanic’s rail has collapsed and fallen away from the ship.

The unmatched quality of the image is expected to assist in determining the rate of decay for the Titanic as future expeditions capture new footage that can be compared year-after-year. With the help of scientists, the video will also support identification of species that are observed on and around the Titanic and archaeologists will be able to document elements of the wreck and debris field in greater detail.

“This marriage of biology, ecology, archaeology and GIS mapping is making a unique contribution to the study of the Titanic and, perhaps more importantly, the ocean floor. Today, we have better maps of the surface of the moon than we have of the Earth’s oceans, and that must change,” said Steve W. Ross, Ph.D., chief scientist of OceanGate Expeditions.

Because like private space tourist trips, which in addition to their passengers can send scientific experiments into space that require microgravity environments, these expeditions also have scientific purposes. No public institution will finance research in the Ttanic, with more pressing problems that afflict society. It is up to the private sector to pick up the gauntlet.

“We know that shipwrecks impact the ocean floor for decades or even centuries. Titanic provides a unique deep-sea case study of how man-made structures are affected by natural elements and inhabitants, plus how these structures support or influence marine ecosystems,” Ross said. “Titanic has created an island of biodiversity in an area that is otherwise a muddy abyssal plain. The fusion of these diverse areas of study that our science team brings to the Titanic Expedition will help us contribute to the study of our deep oceans as we share this data with the broader scientific and educational communities.”

According to the NYT, OceanGate has led two expeditions to the site and has one planned for 2023. The dives last approximately eight hours, including the estimated 2.5 hours each way needed to descend and ascend. OceanGate Expeditions is already planning for the 2023 Titanic Expedition which will embark in May of 2023.