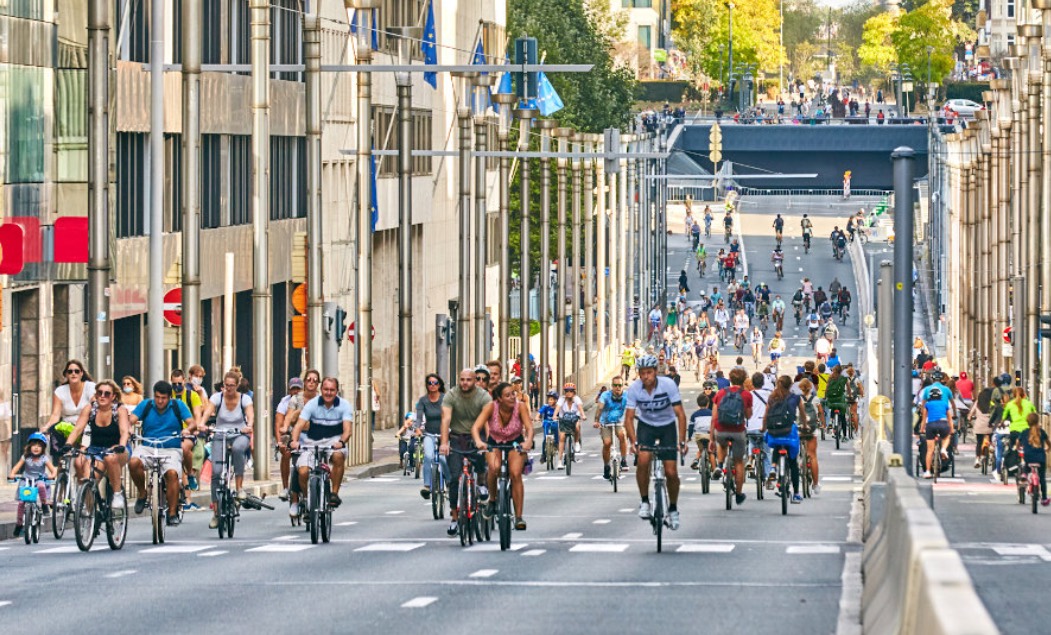 A long way to sustainability for the travel and tourism industry

On September 18th, Car-Free Sunday will take place in the city of Brussels, as well as in the whole territory of the Region, making it the largest car-free zone in Europe. Car Free Sunday is part of the Mobility Week, which runs from 16th until the 22nd of September.

On September 18th, vehicles authorized to circulate will have to respect the maximum speed of 30 km/h. The entire Brussels Region will be closed to traffic from 9:30 am to 7 pm. Exceptions apply to public transport, cabs, coaches, emergency services, disabled people with a card or people with an exemption, diplomatic corps and public utility vehicles.

It’s an opportunity to (re)discover the pleasure of walking, riding on a bike or scooter or traveling on public transport.

According to the Brussels Times, many residents of the city are in favor of increasing the number of car-free days in the region. The cabinet of Mobility Minister Elke Van den Brandt confirms that authorities are evaluating options to do so.

“We have discussed this with the mayors of the 19 municipalities and are now collecting all the information regarding the economic impact and how much an increase in car-free days will cost. Our objective is definitely to organize more,” Van den Brandt’s spokesperson told The Brussels Times.

Since August 16th of this year, the area of the historical city center in Brussels, also known as the Pentagon, has become a car-free zone. The plan is part of ‘Good Move’, a Brussels-wide new circulation scheme aimed at reducing transit traffic in the busy and inhabited neighborhoods of the inner city and to give more space to pedestrians, cyclists and public transport. All neighborhoods remain accessible by car.

The initiative aims to ensure that Brussels becomes more accessible for people who do have a destination there. Brussels is thus building on the “success story” of the pedestrian zone in the center, mirroring cities such as Paris, Copenhagen and Ghent. The Brussels inner city is being divided up into 8 neighborhoods that will be delimited by a loop for through traffic.

The theme of this year’s Mobility week is ”Make Brussels a city for children.” The Brussels Times reports that, according to a study, the risk of having an accident on the way to school increases each year for teenagers between the ages of 12 and 16. “Prioritizing the needs of children when rethinking the public space means rethinking mobility to create a more inclusive city,” Brussels Mobility wrote in a statement.

On Car Free Sunday, the closure and reopening of accesses to the region and the tunnels, as well as the placement of barriers, will be gradual. Traffic disruptions may occur before and after these hours. In some areas, street closures may be extended due to activities.