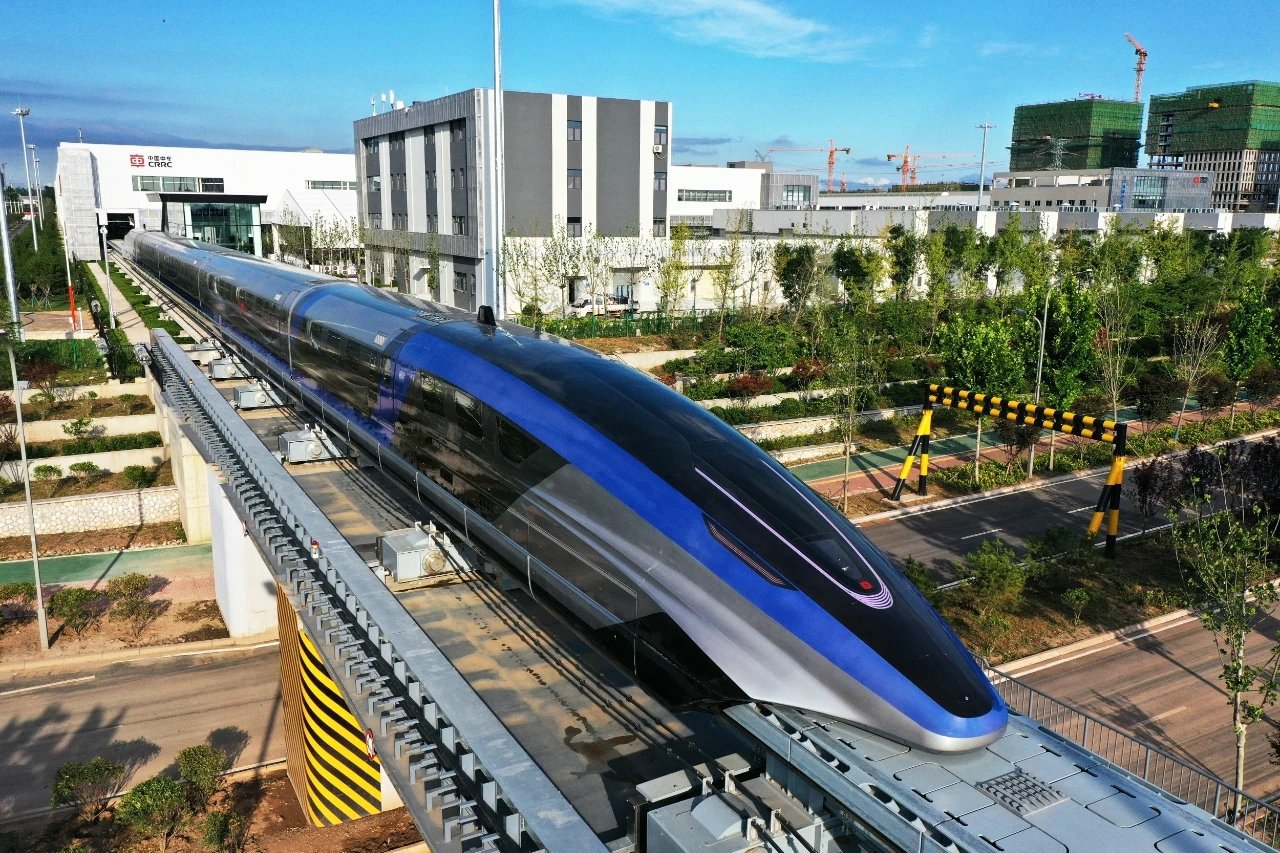 The Chinese state-owned China Railway Rolling Stock Corporation has debuted its maglev bullet train in Qingdao China. The new train is considered the world’s fastest and can reach speeds of 600 kilometres per hour.

The name maglev is an abbreviation of “magnetic levitation” and references the way the train works; an electromagnetic force keeps it moving, gliding above the tracks and appearing as though it is is floating. As Liang Jianying, deputy general manager and chief engineer of CRRC Sifang told Chinese state media, as well as its impressive speed, the train emits low levels of noise pollution and requires less maintenance than other high-speed trains. A prototype of the new maglev train was revealed to media in 2019, the same year, China announced ambitious plans to create “3-hour transportation circles” between major metropolitan areas. Additionally at the start of the year in Chengdu, a shortened version of the High Temperature Superconducting (HTS) high-speed “maglev” train, made up of just one carriage, was displayed on a limited length of test track.

China is investing lots in high-speed rail in an aim to connect more of its large cities by train and reduce the time and expense needed to travel around the country. So far the average high-speed train in China can run at about 350 kph, so trains like the maglev could fill a much needed gap. However there is still a lack of completed maglev track networks in China for the new train to use. There is currently only one maglev line in commercial use, which connects Shanghai’s Pudong Airport with the Longyang Road station in the city. The 30 km journey takes about seven and a half minutes, with the train reaching speeds of 430 kph. There are reportedly several new maglev networks under construction, including one linking Shanghai and Hangzhou as well as another connecting Chengdu and Chongqing.