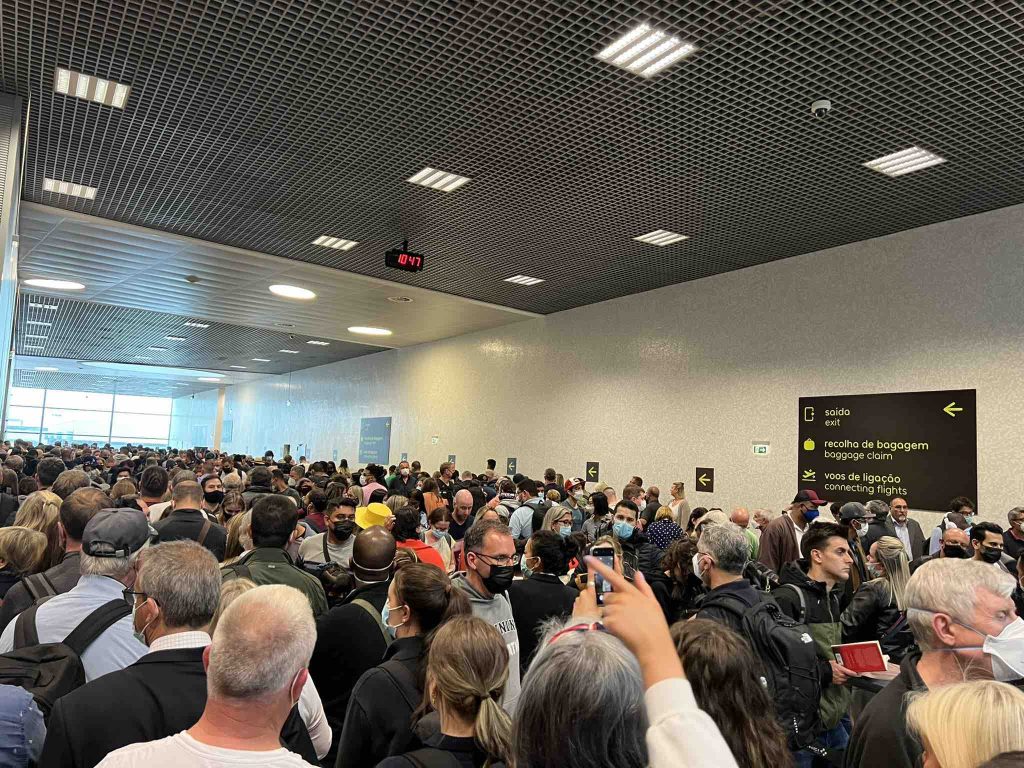 Amsterdam’s Schiphol Airport has announced that it will compensate passengers who missed their flights due to long security queues. Schiphol will introduce a scheme for passengers who were at the airport on time between 23 April 2022 and 11 August 2022, but missed their flight due to an exceptional waiting time at security control. The airport has approached Ombudsman MAX and the Dutch Consumers’ Association to discuss how Schiphol can accommodate these people. The temporary scheme has been developed collaboration with them.

Travelers who incurred costs during the aforementioned period because they missed their flight due to a long security control queue can submit a compensation request to the airport until 30 September. Schiphol did not say how much the compensation scheme would cost the airport.

We investigated the possibility of a mass claim and then entered into discussions with Schiphol. Our joint efforts have resulted in this arrangement, which has helped a large group of consumers.

Travelers can apply for compensation for costs incurred to rebook a flight or for a replacement flight, for alternative transport if they have chosen to travel to a destination by other means, or for extra travel costs incurred to travel to Amsterdam Airport Schiphol or another airport. Travelers can also claim accommodation costs at or near Schiphol and the expenses for non-cancelable lodging, transport or activities at their destination.

Passengers wishing to submit a compensation request to Schiphol can complete the form online. Schiphol will assess any requests received on the basis of the terms and conditions that have been drawn up. Travelers who have already submitted a claim at Schiphol do not have to do so again.

Amsterdam’s Schiphol has worked hard on the Summer Action Plan, which focuses on attracting staff and making working at Schiphol more attractive, improving the processes at the airport and focusing on the number of passengers and flights that can be processed.

We’re extremely sorry that some people have missed their flight due to the long security control queue.

The airport is also launching other initiatives to cope with the high passenger traffic. The office staff of various partners will be collaborating to help in the coming period. Office staff from Vanderlande, Microsoft, Cognizant, Aboma, the Ministry of Infrastructure and Water Management and also from Main Contractors such as Vanderlande, BAM and Heijmans can be found in the terminal to help travellers where needed and answer questions.

Over the past months, Schiphol office staff have been working hard to help out in the terminal. The airport wanted to deploy office staff more regularly, the so-called Flamingos were created. The Flamingos are a permanent group of office staff who are assigned to assist with the passenger or baggage process at least once a week in the period from 1 July to 4 September. The partners’ office staff has now joined the Flamingos. All Flamingos receive extensive training beforehand and travelers can recognize them by their bright pink vests. Flamingos without a Schiphol Pass can only work in public areas.

Schiphol is one of many airports struggling to cope with the high number of passengers this summer. Airlines and airports across the world had to reduce their staff during the pandemic. When travel restrictions were eased, the surge in travel demand could not be met with adequate staff numbers due to the due diligence process behind hiring staff at airports. Meanwhile, airport and airline staff have expressed their discontent over pay and working conditions. Many have already strikes, others are on the roadmap.

On August 2nd, the airport announced that it would continue to set a maximum number of passengers per day for the months of September and October as well after consultation with airlines. In September, there would be a maximum of 67,500 local departures per day. On most days in that month, the airport’s capacity is expected to be comparable to the expected supply. The maximum number of local departures will be higher again in October, at 69,500 per day. This period will also include the autumn holidays. Schiphol has informed airlines and travel organizations that in and around the two weeks of the autumn holidays, the expectation is that there will be an average of 3500 too many local departing passengers.

The purpose of setting a maximum is to ensure the safety of passengers and employees and to create a reliable process at the airport. All efforts are focused on keeping the consequences for travellers to a minimum. Based on the capacity made available by Schiphol, the independent slot coordinator (ACNL) will consult with all airlines to ensure that the number of passengers is appropriate in relation to the security capacity.