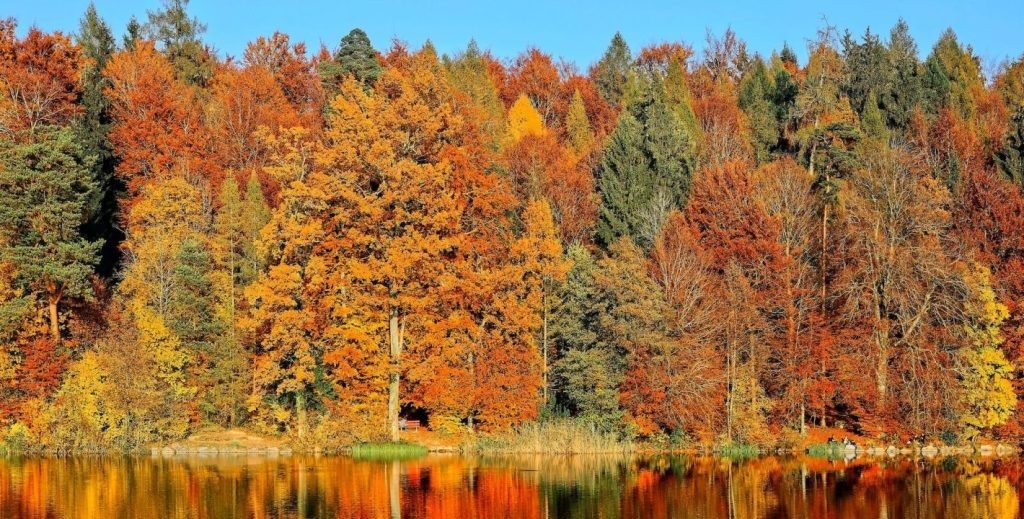 5 most beautiful forests around Europe to discover this fall

Unless you’re living under a rock, you’ve probably noticed that fall has begun. Temperatures have taken a dip, days are getting shorter and the colors have started to change. The consequences of all that aren’t necessarily great. Some of us may thrive under this colder, darker weather yet most have got some difficulty adjusting or, worse even, are getting depressive thoughts because of the lack of light. If that’s the case for you, luckily, there are a couple of things that could help you feel more optimistic.

It might not always seem like it, yet life doesn’t stop when summer’s over. Even on a rainy day, there are plenty of things to do during fall to change your mind. Why not go to the cinema, for example? Or maybe it’s the perfect day to visit a museum, followed by a warming hot chocolate at the bar next door? If you want to, you could even already get started on your Christmas shopping, avoiding the last minute crowds you usually walk into during December.

But fall is also the perfect season to enjoy being outside. Sure, it might be a little less sunny and you might need an umbrella to stay dry but under the right circumstances, that can also be a very cozy experience. Going on a hike, getting some fresh air and a little vitamin D, being a little cold yet not too much and then coming home to a well-heated home, taking a hot shower and snuggling under a soft blanket: there’s no better feeling in the world.

On top of that, nature might well be at its prettiest right now. Sure, those green trees are beautiful and all that, yet the color pallet you get to enjoy during fall is something else. From bright yellow to deep red and everything in between, the landscape often resembles an impressionist painting these days. Yet where best to enjoy those sceneries? We searched and found 5 forests in Europe where you can marvel over nature’s beauty as much as you want. If you’re still looking for a fall vacation destination, these might well be it.

There’s something magical about forests in general but this one has an explicit magical touch. The Forêt de Paimpont is believed to be the equivalent of the mythical forest of Brocéliande, well-known from the legends of King Arthur. Somewhere in the middle of this ancient, mystical oak forest, you’ll even find something that’s called Merlin’s tomb. Perfect for a Halloween trip, isn’t it?

Being part of Unesco’s World Heritage List, you can’t but fall in love with the Białowieża Forest. Spanning over no less than 141.885 hectares this forest is large, very large. And its biodiversity levels are astounding. One of the forests most well-known inhabitants is the rarely-seen European bison. Wouldn’t it be great if you could spot him somewhere in between the many colored leaves?

Even though the Plitvice Lakes National Park in Croatia is mainly popular during the summer months and known for its crystal-blue lakes, there’s more to the park. The Unesco-listed piece of nature stretches out over 30.000 hectares, many of which are covered with dense forests. Bears, wolves and many rare bird species roam the woods, enjoying the ever-changing nature, just like you.

You might not imagine Spain to be green and luxuriant, yet the location of the Irati Forest creates conditions that are rare within the country. The source of the Irati river provides enough water for the birch and fir trees, turning this bit of Spain into a very picturesque piece of nature. Perfect for the adventurous hikers out there.

Sometimes, a name doesn’t say it all. The New Forest might suggest otherwise yet it was proclaimed a royal forest by William the Conqueror and was even mentioned in the Doomesday Book. The 28.924 hectares of woods are protected in many ways and it’s the perfect way to enjoy fall in the United Kingdom. Oh and while you roam around, you might even spot the New Forest pony, one of the country’s indigenous horse breeds.