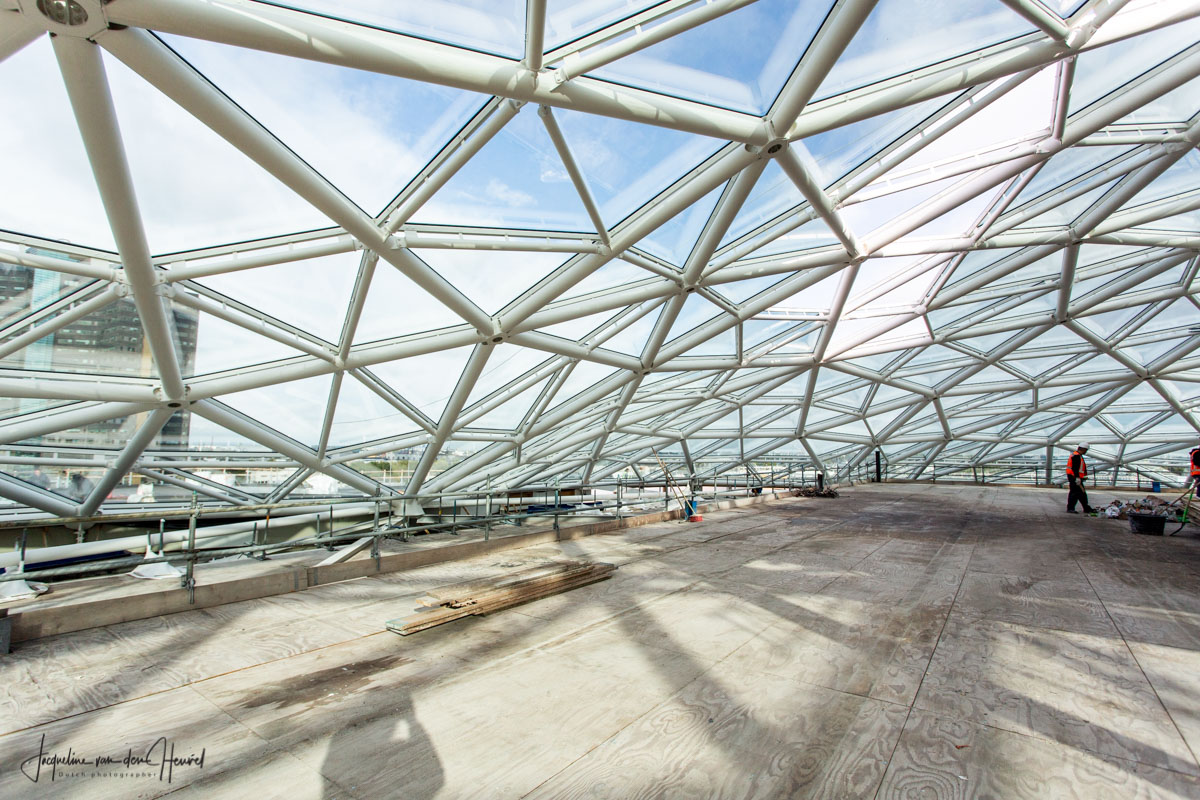 In this era of climate change, sustainability has become a resonated word in every sector, including architecture. From design to material to construction to operations, everything can have an impact on the surrounding environment. We will have a look at three outstanding examples of sustainable architecture in Europe.

The three buildings listed below are energy positive. Positive (or Plus) Energy Buildings (PEB) are unique structures. Being energy positive means that the building generates a surplus of energy that can be used to partially cover the needs of other existing buildings.

The Edge is a 430,000+ sq ft building, designed by PLP Architecture and located in the Zuidass business district of Amsterdam. The building – which hosts Deloitte’s headquarter – is a new working environment enabled by sustainable technologies. The Edge earned an outstanding BREEAM score of 98.36%. BREEAM (Building Research Establishment Environmental Assessment Methodology) is a sustainability assessment method for infrastructures, buildings, and masterplanning projects. It aims to help organizations minimize their impacts by providing measurement resources that assess environmental, social, and economic sustainability.

Some sustainable elements of The Edge include Ethernet-powered LED lighting equipped with sensors that are able to detect movement and monitor occupancy, humidity, lighting, and temperature. The Edge also uses collected rainwater for irrigation purposes and for toilets, and has an aquifer thermal energy storage that is used to heat and cool the building. Additionally, the building is oriented along the path of the sun and its roof and facades are covered with 65,000 sq ft of solar panels. Thanks to these green elements, The Edge uses 70% less electricity than any other regular office building. Producing more energy than what it actually needs, this building is net positive. Extra electricity is given to the nearby University of Amsterdam.

The Powerhouse Kjørbo is an energy-positive building located in Oslo. The past structure included two office buildings from the early 80’s that were renovated to reduce energy’s demand. The building’s development was possible thanks to a collaboration between different companies, including Skanska, Snøhetta, the environmental group ZERO and others. The building uses geothermal energy and solar panels that produce twice the energy that the building consumes annually. It includes a photovoltaic system on the rooftop which produces about 210.000 kWh/year. The energy surplus of about 110.000 kWh/year is used in a nearby hydrogen refueling station.

Powerhouse Kjørbo is the first energy-positive office building in Norway and probably the world’s first energy-positive refurbished building. Thanks to its sustainable features, the building project has received BREEAM-NOR Outstanding certification at the design phase. The project has also been awarded the highest environmental certification from the Norwegian Green Building Council.

This construction was the first energy-positive development in Europe. Hikari (meaning “light” in Japanese) is a mixed-use building that was created thanks to a cooperation between the City of Lyon, the Japanese government agency Nedo, Toshiba and Bouygues Immobilier. The structure consists of three buildings on 130,000 sq ft, which include offices, apartments, and stores. The structure is characterized by a bioclimatic architectural design that is centered around light. Although the surplus is minimal, Hikari produces 0.2% more energy than what it consumes.

The production of renewable energy comes from three sources: photovoltaic panels on the roof and façades of the housing block; a geothermal energy system; and a power plant fueled by locally produced rapeseed oil. Being also part of the Smart Grid movement, the Hikari project uses information technologies to optimize energy production, distribution, and consumption. The structure is equipped with the latest sensors that enable the occupants to access all the data on their environment and interact with it.