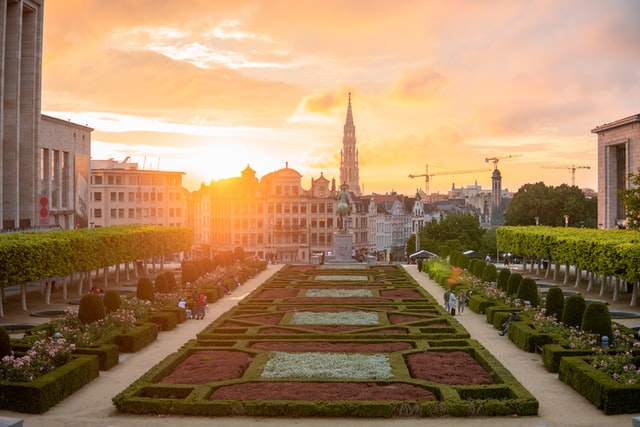 5 Exhibitions in London to visit this spring

The end of winter is around the corner. Finally. What to do, what to see after two years of limited exposure to art and culture? The arrival of spring this year will deliver many opportunities to discover and rediscover Brussels’ heritage. On offer are exhibitions and events that showcase Brussels’ folklore and treasures in a unique and often original way. Spring and summer are also punctuated by a wide variety of cultural events, held in exceptional locations. Young and old alike are sure to find something to enjoy Brussels’ cultural calendar over the next few months.

In the 19th century, as craftsmen gradually took on the status of artists, many creators’ workshops appeared in the capital’s north-east. The coming together of artists, craftsmen and bourgeoisie is a characteristic of the time which was strongly expressed during the Salons des XX and the artistic society of La Libre Esthétique. The workshop became a laboratory and new architectural codes appeared. The “workshop visit” became a real trend. Within these workshops, connections between art and craftsmanship were created: tapestry, stained glass, sculpture, painting and sgraffito.

2. Portrait of a Lady at Villa Empain

Through a series of artworks, “Portrait of a Lady” illustrates the representation of women from prehistoric times to the present day, as well as the journey of a few exceptional women. Bringing together a selection of ancient and contemporary pieces, the exhibition will establish a dialogue between different cultures and civilisations from the East and the West. From the personification of fertility to the depiction of courtesans and empresses, the exhibition aims to shed light on the different views of women throughout the ages.

Between 21 April and 9 June, Brussels’ museums and art centres will open their doors on Thursday evenings, from 5pm to 10pm. The treasures of Brussels’ museums and art centres will be exclusively revealed: unique guided tours, behind the scene visits, access to the stores and tailor-made artistic workshops. Always organised by neighbourhood, the Nocturnes also offer discovery walks. Self-guided tours will also be available at the reasonable price of €5 (standard), or €2.50 (under 26 years old) per museum. Admission is free for children under 13.

In 2022, we celebrate the 100th birthday of Toots Thielemans, the ketje from the Marolles who became a famous international jazz musician. Starting on 22 April, the programme features an immersive and interactive exhibition at the KBR based on the impressive Brussels collection on Toots, “Toots 100. The Sound of a Belgian Legend”. Other highlights include the last weekend of April with a concert at Bozar and the Jazz Station, before Brussels Jazz on the weekend of 27 – 29 May and Brosella Festival on 1 July pay tribute to the artist.

Les Nuits Botanique are back and, as every year, opening the festival season. This event, which has become a must for all music lovers, aims to reveal new local and international productions in a wide variety of styles. All in the magnificent, and sometimes intimate, setting of the Botanique’s concert halls. Sharing remains the guiding principle of this festival that’s rich in discoveries.

As is tradition, the Brussels-Capital Region will celebrate its birthday in style. Concerts, guided tours, demonstrations, family activities and more… the streets of the capital will come alive over an entire weekend. It’s an opportunity for Brussels residents to rediscover the region’s heritage and to have a good time with family and friends.

Brussels was the main residence of Charles V, the most powerful sovereign of the 16th century. The capital’s various organisations and institutions will once again come together around a varied programme to celebrate Brussels and its central role in the Renaissance period. This prosperous period and its heritage will be showcased through guided tours, conferences, exhibitions and family events, not forgetting the inescapable Ommegang procession.

After a two-year hiatus due to health restrictions, the Ommegang and its 1,400 costumed participants will be back for an extraordinary procession and show in the centre of Brussels. The Ommegang procession remembers the first official visit of Charles V and his son, the infant Philip (future Philip II) to the capital of the Low Countries. Every year, the event invites an exceptional personality to play the role of herald, the officer at arms responsible for making solemn announcements and carrying important messages.

Brussels is set to host immersive exhibitions, which have become a major tourist and cultural trend. There are two notable events this spring. Firstly, the exhibition “Antoine de Saint Exupéry. The Little Prince Among Humans” in Hall 2 of Brussels Expo.

Next, the exhibition “Viva Frida Kahlo“, which will be in Europe for the first time and will be held in the brand new VIAGE – Digital Art Theatre.

The Magical Theatres exhibition features miniature theatres, also called tabletop theatres. It’s an opportunity to immerse yourself in a world of tales, magic and imagination.

A visual journey of discovery that offers a glimpse inside the constructed world of Belgian artist Rinus Van de Velde. An exhibition in the form of an inner journey.

Exhibition on Australian Aboriginal art and its mysteries. An ancestral culture and knowledge that is passed on from one generation to the next by means of an oral tradition centred around rituals and ceremonies.