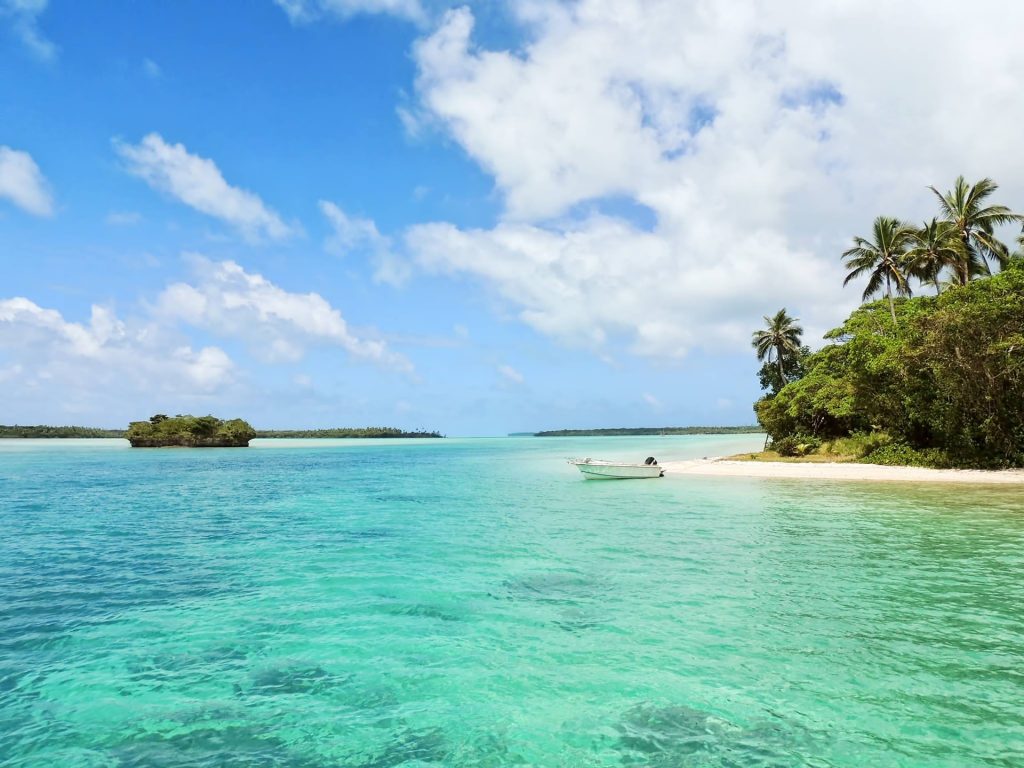 How Helsinki’s responsible use of data is improving citizens’ lives

How many of you have ever dreamed of suddenly and mysteriously disappearing to a desert island?

Either when stress hits, or out of a sudden wish of evasion and discovery, many are the times when we would wish to be in paradise locations. In case you share this dream, I will tell you there are numerous islands that, contrary to those known by most people, are almost deserted, and no less beautiful than those we hear more about.

Italians know this little paradise very well, but the rest of the world does not. Its beaches are made of pebbles, but the crystal-clear waters feature an impressive seabed.

There is a beach named Branca where pumice stone sediments can be found. Here, concerts and festivals that celebrate nature are organised, allowing the discovery of wonderful sensations. To know the local culture well, the beautiful city of Lipari is the best option. It is full of life and you can run around its narrow streets lined by historic houses in a scooter.

The island is of volcanic origin and, in the northern coast, the hot volcanic springs on the pebble beach of Acquacalda are a popular attraction.

Should you need to escape from the most known destinations of the Caribbean, the American Virgin Islands are an excellent option. It is a small archipelago east of Puerto Rico, ideal for whoever wishes peace and contact with nature. The beaches of turquoise blue water, typical from the Caribbean Sea, are perfect to rest, photograph or dive.

Saint John is the smallest island, however, it is the most sought after by tourists, and since 60% of its national reserve is protected territory, its nature trails are ideal to walk and observe exotic animals.

For centuries, the American Virgin Islands have belonged to Denmark, however in 1917, during the First World War, the United States bought the islands for strategic reasons. Years later, American investors entered the island to transform the former sugar estates into summer residences and hotels.

Bazaruto is kind of a twin of the Seychelles with an exuberant sea and fine sands, but unlike the latter, the beach is almost empty and the prices are not inflated.

Rather unknown to tourists, this archipelago lies off the coast of Mozambique. To arrive there, get to the coastal city of Vilanculos (some 700km of the capital city of Maputo) and from there you will have to take a day trip by boat to the islands of Bazaruto. Some of the operators offer lunch and diving equipment to anyone wishing to savour as much as they can in this paradise.

Bazaruto is the oldest marine park in Mozambique and was created in May 1971. It comprises a diversity of land and sea habitats that are refuge to more than 500 species of marine and coastal mollusks and 2000 species of fish, 170 bird species, 48 of reptiles, 21 of land mammals and 9 of sea mammals.

Unknown for tourists, the Yaeyama Archipelago is situated in Okinawa. The main island is called Ishigaki and has magnificent beaches of crystal-clear waters. Ishigaki is the favourite destination to anyone who wants to dive and see the region’s impressive coral reef up close, ideal habitat for dolphins, sea turtles and fish like whale sharks or manta rays. Before they were exterminated by humans, the whales and dugongs were commonly seen in these islands.

From there, you can take the ferry and visit other minor islands of Yaeyama, such as Taketomi, Kohama and Hateruma. In these paradise islands, nature is almost untouched. One must stress that in Hateruma, the main attraction is the starry sky that, due to its position and low artificial light, allows people to spot 84 out of the 88 constellations that can be seen from Earth.

The Yaeyama Islands are home to many species of subtropical plants and mangrove forests, producing sugar cane and pineapple. Japan has 6000 islands spread all over its territory.

If you enjoy the concept of huts over the sea, then this will be perfect paradise for you.

The beaches are small yet extremely charming, and prepare yourself as well for a treat, because these deliciously warm waters hide the world’s second largest coral reef. Not only is its beauty impressive, it is also the perfect place for diver initiation. An authentic treasure of the Bay of Honduras.

Legend says that it was here in Utila that Robinson Crusoé sank and lived for over 20 years. Some tours even take you to the location where the ship sunk and to the cave that he made his home.

Crusué is a fictional character, therefore such stories are not true; still, even if the description of the spot does not really accurately describe Utila but the coast of Venezuela and the Islands of Trinidad and Tobago, the description of the landscape is very much similar. It is said that the writer used testimonies from pirates to write and, considering Utila was a popular site among pirates, it really is possible that much of this island features in the book.

Nearly uninhabited and scattered around in the Indian Ocean, the heavenly Cocos, also known as Keeling, are a group of islands that belong to Australia. It has only 544 inhabitants and a completely preserved fauna and flora.

It is out of the best known guidebooks, mainly because of the distance from the most central cities, but the reward for travelling that distance will enjoying a ride in a glass-bottom boat and to observe over 500 species of fish, sharks and turtles.

Diving lovers can also snorkel, swim with sharks and be bedazzled with the wonderful corals.

Virgin beaches, a blue lagoon surrounded by fine white sand and, best of all, the fact that it is not inhabited all make Comino, Malta, a fabulous destination for a honeymoon, just to give an example.

In case you need to feel like the character of a film featuring a shipwreck, where you end up waking up in an island, this is undoubtedly the ideal place.

Due to not having any residents, it does not have any shops or restaurants, just a bar with snacks and drinks to feed the bathers, or a hotel which closes in the low season. There can be no flux of tourists, then. Here you can tranquilly enjoy the turquoise-blue waters, as blue as your dreams. The Blue Lagoon stands out surrounded by white sand, an idyllic spot to have a rest, perfect for all those who wish to switch off from their day-to-day lives.

Occult from the universe, this true wonder is only used by a few touristic resorts that are no more than a few huts. The turquoise blue waters and white sands have a thousand treasures to discover while birds fly over the area.

With warm temperatures all throughout the year, this volcanic island offers long stretches on the beach, diving, snorkelling and sailing. The resort is eco-friendly, and its surroundings offer uncommon species of birds as well as luxurious vegetation and coral reefs with exquisite colours.

Covered by palm tree leaves, the 25 Beach Villas are spread around the beaches from north to the south of the island.

Delight yourself with freshly fished meals from the Indian Ocean.

It is part of the Îles d’Hyères and has two ecosystems that are so beautiful yet so different.

On one side, beaches surrounded by a majestic pine forest and, on the other, rocky areas, ideals for some trekking. This jewel of the Mediterranean has the perfume of the pine trees and aromatic herbs which give each hike a unique feeling.

The well preserved and virtually deserted island has only a few houses, bars and markets that surround the harbor.

The beaches on the north coast, next to the harbor, have sand and are of easy access, whereas the ones on the south coast are rocky, ideal for adventured trails. The maritime ecosystem is very rich and quite sought after for diving.

Porquerolles lays on a stretch of little-visited coast. It is important to note that cars are forbidden on the island and that hotel offer is limited.

Palau is a republic with 250 islands, most of them uninhabited.

Crystal-clear waters, white sand and an extraordinary biodiversity deep in its seas all work together to offer unmatched holidays and charming honeymoons.

The capital city is Ngerulmund and it is located on the island of Babeldaob, while the largest city is Koror and it welcomes most of the flux of tourists.

Palau includes some of the most incredible diving spots in the world and intense ocean life. In this archipelago, you can enjoy many diverse routes which you should absolutely explore.