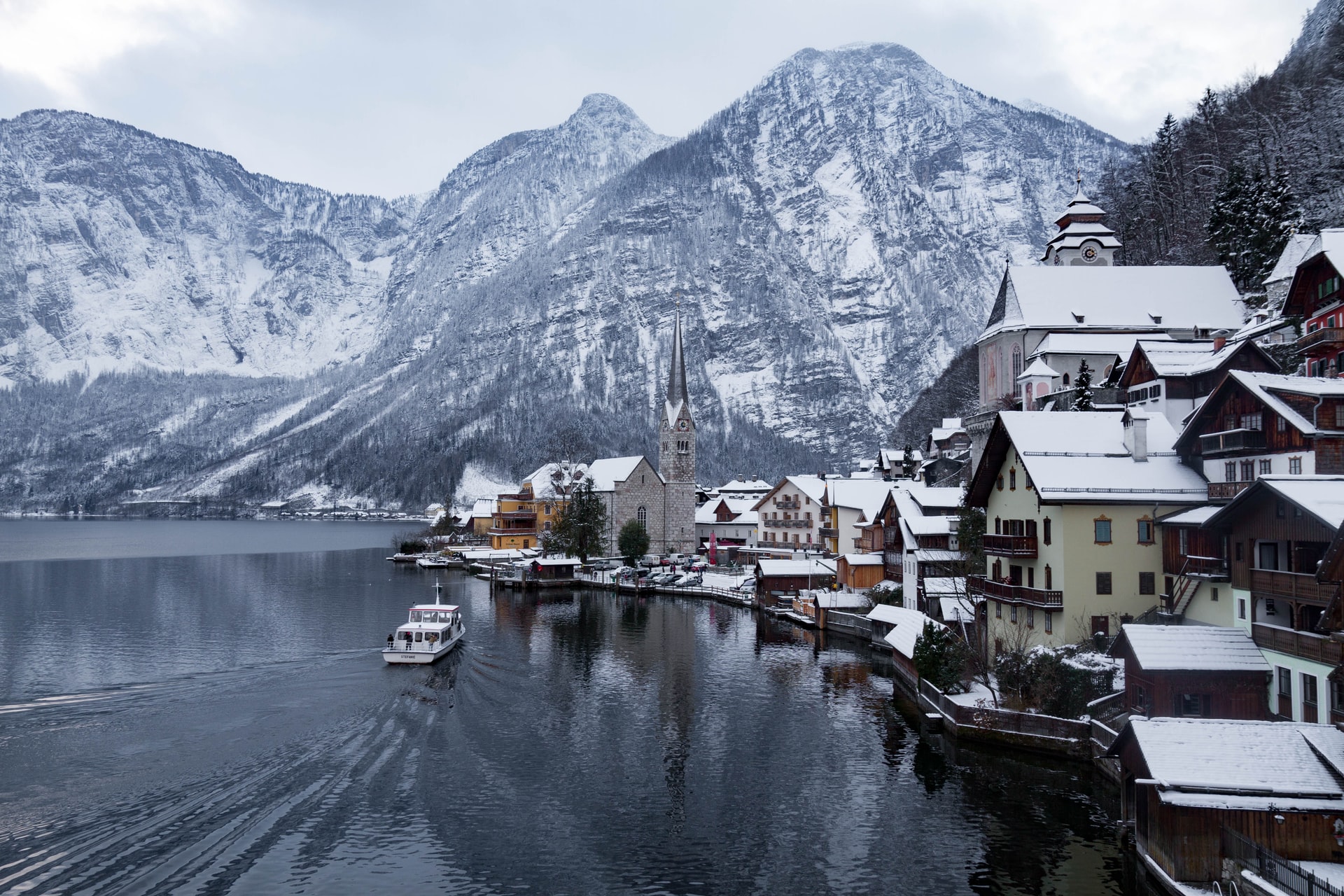 Stricter rules in Belgium: Compulsory quarantine and test after a stay in a red zone

Winter is perhaps cold, but when the snow begins to fall and covers the trees and houses, there’s something magical about this season. Imagine you are in a house with an open wood fire, sitting on a sofa with a mug of hot chocolate: you will feel like in a movie. In Europe, a lot of places are beautiful all year round, but some of them are even more so in winter. Let’s check which cities you need to visit.

People may know Vienna in Austria, but Hallstatt is also very popular to visit during the winter. Why? Because you will feel like in the movie “Frozen” from Disney thanks to the combination of white snow, the lake and the mountains which look like a perfect postcard.

Amsterdam is a special city with canals, traditional houses, boats, and bicycles all around the city. Have you ever visited Amsterdam during the winter when it’s covered with snow? Sometimes the canals in the city are frozen and are perfect for ice skating.

Paris, ah Paris, the famous City of Love! This is one of the most popular tourist destinations in Europe. The Eiffel Tower, the Louvre, and Montmartre look really beautiful under the snow. This is just magic that can be experienced only in wintertime.

Bruges is an amazing city to visit not only during summer, spring or autumn but also in winter. The town is also known as the “Venice of the North” because there are a lot of small and picturesque canals. The typical Flemish houses and old canals make Bruges fascinating. Under the snow you can have a different view of the city, the only way to understand this feeling is to visit the city. If this is too cold for you, you can warm yourself up with hot wine, a Belgian waffle, or Belgian hot chocolate.

Bergen, also known as the “city of seven mountains,” is the second-largest city in Norway. The view of the city from above is just stunning and even better during the winter when all the city is has a white cover of snow.

Budapest, the capital city of Hungary, has many nice places to visit like Buda Castle, Fisherman’s Bastion, St. Stephen’s Basilica, and the Parliament building. During the winter, these places look greater and bigger with the snow. If you are lucky, you will be able to do ice skating on the Danube.

Copenhagen, Denmark’s capital, sits on the coastal islands of Zealand and Amager. When you visit this city during the winter, you must see the colorful houses in Nyhavn harbor near the canal covered with snow. It’s like a black and white movie with some colorful scenes, amazing!

Stockholm, the capital of Sweden, encompasses 14 islands and more than 50 bridges on an extensive Baltic Sea archipelago. There is a famous Christmas Market in the heart of the old town to visit. During Christmas, some restaurants serve traditional buffets called “julbord”.

Russia is known as the country where it’s always snowing at least in one place. One of the cities that you must visit during this period is St. Petersburg. Seeing the Saint Basil’s Cathedral under the snow is something special!

Reykjavik, on the coast of Iceland, is the country’s capital and largest city. The beautiful Icelandic winter landscape combined with the aurora is just amazing! Also the beautiful mountain of Esja is magical during the winter.