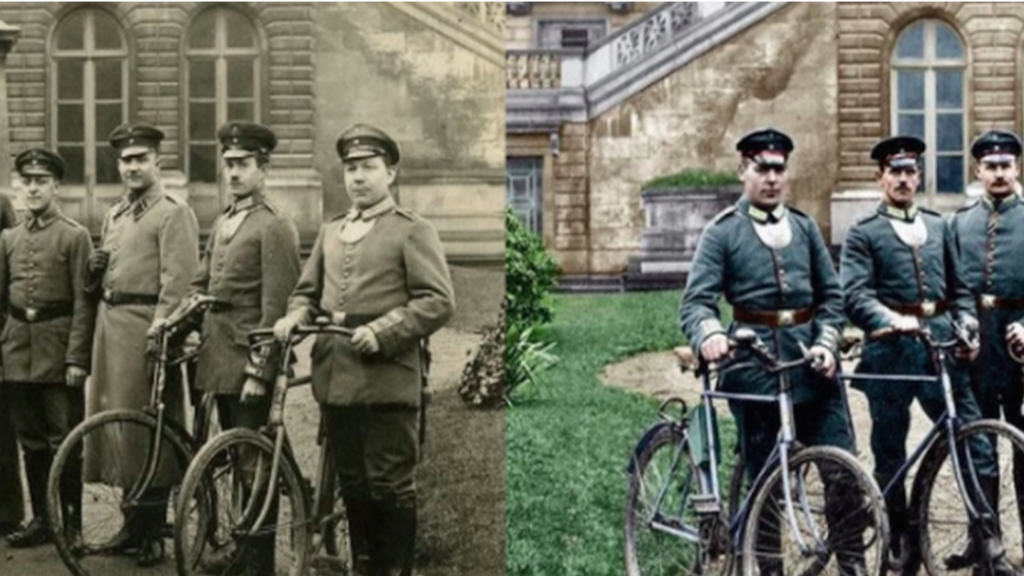 Europe’s carmakers concerned about their future: Electrify or disappear

Nearly all images of old times are in black and white, especially those from the early twentieth century? How would cities and people look if we were able to see them in color? Ghent-based photographer has decided to embark on the task of showing old Ghent in color.

Bostyn has been living in Ghent for about ten years now. He explained to Flemish news outlet VRT that by dealing with the old photos, he is able to know the city a little better. He confessed he is fascinated by the past.

I’m always very curious about what it used to be like. And when I color those photos, I step into that world a little bit

Bostyn obtains the photographs from the online image bank of the city of Ghent and he buys up old postcards. The modified photos show what the people and buildings might have looked like in color. “I colored and digitally improved the photo quality the old photos, because often they are in poor condition. I brought them to life,” Bostyn said.

Bostyn took a graphic design course and uses the programs Photoshop and a digital pen on an iPad. Improving and coloring the photos is not an easy task. Bostyn explained he performs the process little by little but sometimes he can spend up to 30 hours working on a photograph. “It depends on how much detail there is in the photo,” he said.

I started it when my sister was painting. And I’m definitely going to continue doing it

The photographs are from a period as early as 1900. Viewers can get a glimpse of what the people in the picture might have looked like, and also how the world looked to them. Bostyn includes short captions that explain what the images are meant to depict.

Bostyn’s Instagram page relatively recent as he started uploading images in mid-August. With only eight posts so far, he already has more than 2,700 followers.