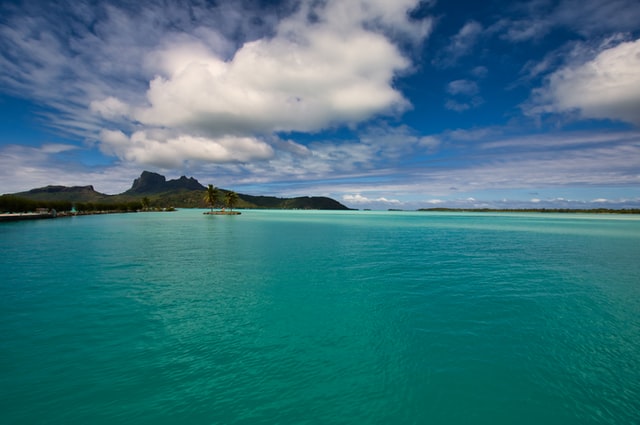 Elizabeth line is the latest underground railway beneath London

There is a small island, right in the middle of the Pacific Ocean, that receives very few tourists. With a population that doesn’t even reach 12,000 inhabitants, Tuvalu is considered the least visited country in the whole world, according to the travel magazine Far and Wide. Tuvalu is the second smallest country in the United Nations with a Gross Domestic Product (GDP) of about $40 million per year (37.6 million euros).

Formerly called the Ellice Islands, Tuvalu receives just over two thousand tourists a year. There is only one international airport in the country, located on Funafuti, the main island. It was built by the United States Navy during World War II, in 1943, and is currently only used by Fiji Airways, which operates between Suva, the capital of the Fiji Islands, and Funafuti. The reduced number of air connections influences the price of travel, which is not for all pockets: a round trip from Fiji does not cost less than €500.

In 1595, a Spanish ship first sighted the islands but the crew only made note of the island in their logbook. More than 150 years later, a British Royal Navy ship sailed past but without anchoring to explore the islands. In 1819, a British ship with a skipper called Arent Schuyler de Peyster sailed through and named the archipelago Ellice Islands. In the 19th century, American whalers would moor their ships and use the islands as a stopover on their hunting routes. A handful of Europeans established small trading posts on some of the islands.

By the 1890s, the set of islands had become a British protectorate as part of British Western Pacific Territories. In 1916, they became part of the Gilbert and Ellice Islands Colony. Funafuti served as the staging point for the Battle of Tarawa which took place in November 1943.

Besides the difficult access, Tuvalu is on the list of islands most likely to disappear into the ocean in the near future due to rising sea levels. Because the entire country is coral atolls, the inhabitable stretches of land are maximum two meters above sea level. The tides have been rising about 3.9 millimeters per year.

In this small spot in the Pacific Ocean, formed by a group of four islands and five atolls, there’s a collection of stunning lagoons and beaches, turquoise waters, and a low crime rate. As for the weather, temperatures are usually around 30 degrees.

The best swimming spots are at the northern end of the main island or in the Funafuti conservation area, where the water is clear. Tuvalu’s capital is on an atoll, whose lagoon is 24 kilometers long and 18 kilometers wide.