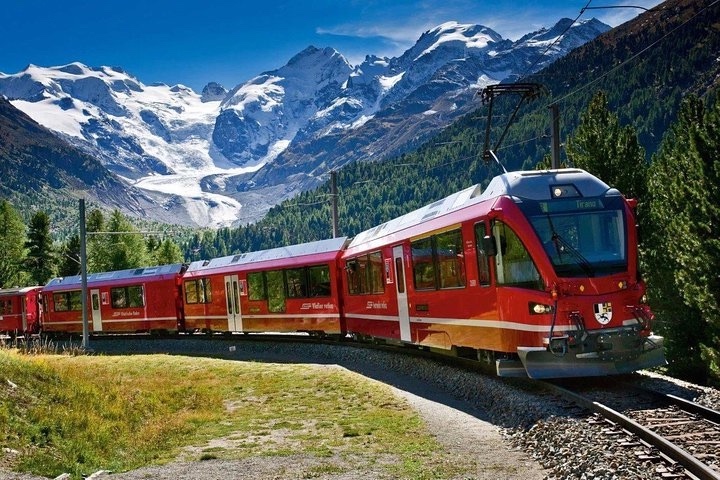 These countries have the most female inventors

Traveling by train can be a wonderful experience to enjoy the landscape. It’s also a perfect alternative for those who opt for a more sustainable mode of transport. With the European Year of Rail in 2021, plus the announcement of the return of an even more luxurious version of the Orient Express for 2023, this type of travel has regained the prominence of yesteryear, so it is not surprising that the main European operators are creating new routes with which to connect the main cities of the continent. These are the top 6 new routes available in 2022.

The ÖBB company is responsible for this new route that in 2022 will connect Amsterdam with Zurich. This night train follows the classic route from the Rhine Valley to the south of Cologne and runs every day on a 12-hour route. It consists of fourteen carriages, two with beds, four with bunks and eight with seats. There is no restaurant, but those who wish can buy dishes prepared on the train.

Until now, the state-owned Trenitalia dominated the routes through this country, but the private operator Italo, which started in 2012, continues to expand its network throughout Italy thus becoming a major competitor.

The beautiful city of Naples has, since mid-December, a new daily service that runs from Genova Brignole to this city in a journey that takes 6 hours and 40 minutes. Its trains offer up to four cabin types: Smart, Comfort, Prima and Club and include the new Hepa filter system (the same as those used on airplanes) that guarantees constant air renewal and thus makes travel safer in times of pandemic.

Since a few weeks ago, a night train has been linking the two romantic cities of Paris and Vienna on an overnight route of about 14 hours. This new model of the Austrian company ÖBB, christened Nightjet NJ, offers three travel modes: normal seat, a more uncomfortable but cheaper option, couchette and sleeper, a private car that can accommodate one to three passengers and provides a more luxurious alternative.

The route starts in Paris Gare de l’Est around 8 p.m. and passes through the vineyards of Champagne and the Rhine to dawn in Austria. It stops in Salzburg and arrives in Vienna at around 10:00 a.m. This overnight route, the same one followed by the legendary Orient Express before its withdrawal at the end of 2009, is only the first of many that they hope to establish in the coming years.

Although tickets will be available for purchase from April, it will not be until the summer that the new night trains between Prague and Brussels will start operating. The result of a collaboration between the Dutch company European Sleeper and Regiojet, a private railroad based in the Czech Republic, this new route, which will take 15 hours, will also make stops in Amsterdam, Berlin and Dresden.

The initial idea is to start with three weekly trips, although they intend to expand the service to daily as soon as possible. Timetables and prices are not yet known, but what has been advanced is that it will arrive in Brussels in the morning.

The high-speed train line was inaugurated last December 20 after 16 years under construction. The project was announced in 2000 and part of the route was completed in 2007, but the financial crisis of 2008 forced the suspension of the route 120 kilometers from completion. Now that it is finished and operational, the new route reduces the trip from Madrid to Galicia by about an hour and a half, which opens more doors to tourism in the area. Thus, the journey from the capital to Orense is two hours and fifteen minutes, but, in addition, with this advance also benefit other routes, such as Vigo, four hours and sixteen minutes, or Santiago, three hours and twenty minutes.

All these times will be reduced by up to 20 minutes with the future arrival of Talgo 106 series trains, known as Avril, which will allow to reach the rest of the Galician cities without having to change trains.

Although there was already a direct train between Ljubljana and Budapest, a new, more scenic route has been created that offers great views and crosses the former ‘Iron Curtain’ line twice, allowing passengers to see how the continent has changed in the last 30 years. This new direct service from Slovenia to Hungary goes via the Austrian region of Styria leaving the former at around 5.00 a.m. and arriving at its destination in the early afternoon.