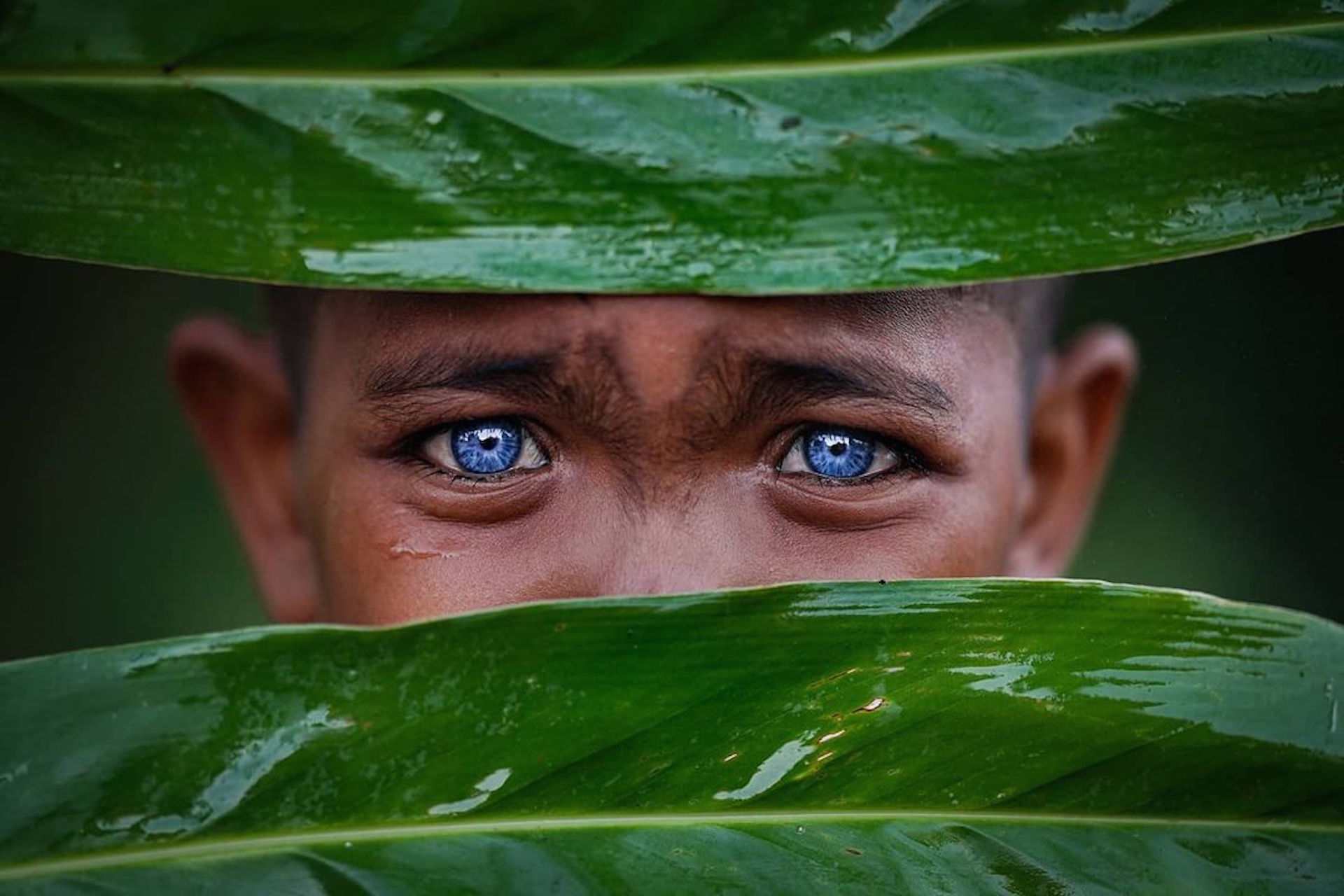 An indigenous tribe in Indonesia looks very different from the stereotypes that sometimes exist in society, especially in the West. And the reason behind that difference is a very unusual syndrome.

The Buton tribe is located exactly in the province of Southeastern Celebés (Sulawesi), and all its members have eyes of a deep blue, even more than any Nordic person.

The contrast with their dark skin makes them stand out even more. One can see that their eyes are of a spectacular clear blue.

In the pictures there are many children, most of whom look cautiously at the camera. Some of them have only one blue eye and the other dark, but the predominance is of both blue eyes.

According to what was reported by the Pacific Press Agency, the cause of this unique eye color in the Butons is a genetic disease called Waardenburg syndrome, which occurs in only one out of 42,000 births and can lead to facial abnormalities, blindness, and deafness.

The syndrome is autosomal dominant, which means that whoever has this gene will manifest it and also pass it on to their possible children, with a 50% probability for each pregnancy. Therefore, the Butan are unique: on the island of Sulawesi, the majority of the people have this condition.

Indonesia is a vast archipelago with over 350 dialects. With a size of 1,700 square miles, Buton Island is one of Indonesia’s larger islands. It has a population of roughly 450,000 people, many of whom live in small, isolated tribes. The majority of the island is covered with rainforest.