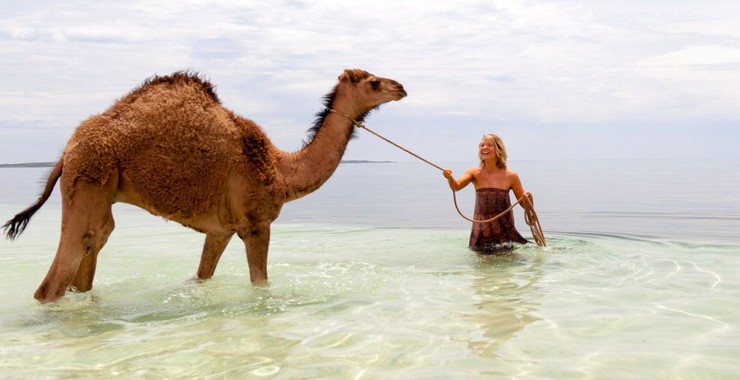 This 2.500 kilometer long trail will connect France’s most beautiful mountains

Being named a UNESCO World Heritage site is meaningful, so is being removed

Written and presented by the comedian-actor, Michael Palin, based on the famous adventure novel by Jules Verne, Around the World in 80 Days is a BBC travel series.

The true story of the adventure and disappearance of Cristopher McCandless “Alexander Supertramp”, in the middle of Alaska. Directed by the actor Sean Penn, the film portrays the protagonist’s journey (played by Emile Hirsch) from the abandonment of society to the moment he finds refuge in an old abandoned school bus.

A path where we can enjoy incomparable natural landscapes, diving in the Pacific and kayaking down the Colorado River. The cast also features the actors Marcia Gay Harden, William Hurt and Kristen Stewart, as well as a soundtrack signed by the great Eddie Vedder, which earned an Oscar for Best Original Song.

From the arid Moroccan beaches, to the refugee camps in Algeria, the mysterious deserts of Timbuktu and the spectacular starry nights in Nigeria, these 4 episodes are considered as one of the best travel documentaries of all times. It’s a deep dive into the African odyssey. A multicultural portrait of the beautiful Sahara Desert region.

The film explores the desert’s hidden oases, muslims, tribes and refugees, to highlight the cultural diversity and religious beliefs that desert people follow.

The documentary highlights also isolated places in the desert, and cultural influences prevalent in Africa, as well as portraying practices such as polygamy and female genital mutilation.

The documentary is about traveling alone, emphasizing the unknown paths of forbidden places but also casting a look at spirituality, making the spectator delve deeply into their own existence. An unexceptionable narrative for all who believe that life is more than the walls of an office.

A cult film dedicated to surfing and adventure. This film dates from 1966 and cannot be missed from a list of travel films.

Defined as a documentary, it follows the journey of 2 young surfers in their search for the perfect wave around the world. Along the way you can watch many adventures and surf.

Written and directed by Woody Allen, “Midnight in Paris” tells the story of the journey of its protagonist, the american writer Gil Pender (played by Owen Wilson), through Paris. The film portrays a journey through time, as every night, at midnight, Gil is transported as if he was in a time machine into the city of lights.

This is a visual masterpiece that impacts viewers through the daily lives of technicians and scientists who live isolated in Antarctica, facing relentless winters.

Can you imagine what it’s like to live in the coldest place on Earth for a year? The harsh weather conditions make Antarctica almost uninhabitable and an enigma to the world. Living in a place where the sun doesn’t shine for months is always a challenge.

A film based on a true story, with a woman as the protagonist. Robyn Davidson is a young Australian, who in 1977 decides to start a journey through the Australian desert that lasts 9 months, and in which she will cover 2.700km. For the company, she will have only one dog and 4 camels.

The adventure was recorded by a National Geographic photographer. An inspiring story, for Robyn’s courage and dedication to a journey considered impossible for such a young woman.

The film is based on the true story of Cheryl Strayed, who after her mother’s death, the failure of her marriage, and a life full of exaggerations, decides to reset her life and set off on a solo journey, on foot, for more than 1600 km through the Pacific West Trail in the USA. I hope that after this, you can stay on your couch and enjoy these magnificent cinematographic works. I assure you it will be worth it!