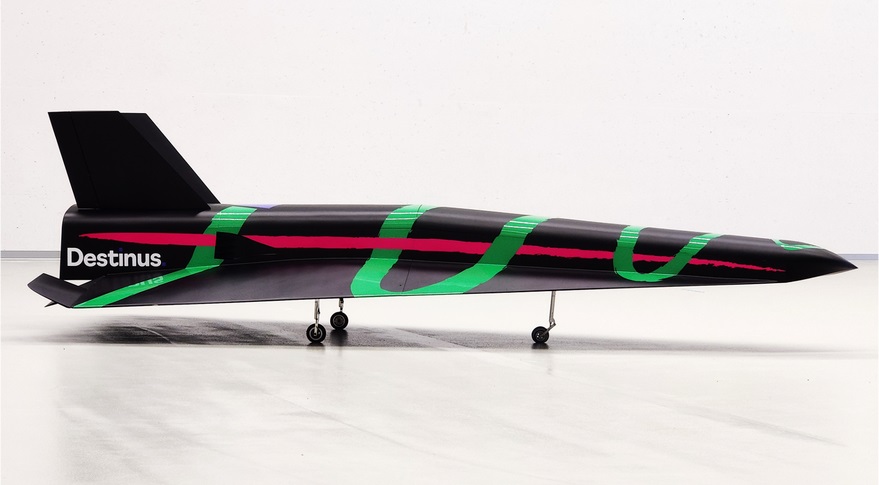 How do flight carbon calculators and offsets work?

A Swiss aerospace start-up is developing a new hydrogen-powered hypersonic plane which is promising to revolutionise air transport.

Destinus SA is among the many private companies putting their efforts to address the urgent need to reduce CO2 emissions while maintaining the relevance and comfort of air travel. With that in mind, the company is ambitiously pursuing flight test heritage to put theories into practice.

After a summer of preparation, Destinus’ second prototype, Eiger, took to the skies again and completed new successful flight tests, the company said. This is the second prototype built by Destinus, larger and more potent than its predecessor Jungfrau, equipped with the latest instruments and with improvements to the design.

Our team is currently analyzing the data from the recent flight tests and is, in parallel, working on our next prototype that will serve as a testbed for supersonic flight and hydrogen propulsion.

Hydrogen has been dubbed the fuel of the future, given its clean characteristics, giving off zero carbon emissions. When it is burnt as fuel, hydrogen produces water as a by-product, which can be split again using environmentally friendly methods to make the fuel again. This is how Destinus is powering its hypersonic flights using this fuel.

Moreover, Destinus is working on a hyperplane that is a hybrid — a plane and a rocket. The hyperplane does not need special infrastructure since it can use existing airports to take off and land. However, as soon as the aircraft reaches a certain altitude, it will switch to its cryogenic rocket engine that will propel the plane at hypersonic speeds and reduce traveling time between continents to a matter of a couple of hours.

“It is breathtaking to see a future in which travel anywhere in the world in 1-2 hours will be available. The hyperplane under development will use liquid hydrogen to fuel its engines. That gives the great opportunity to fly fast and at the same time be carbon neutral. I am excited that companies like Destinus will be able to provide European leadership in the aerospace sector,” said the chairman of the company’s Advisory Board Philipp Rösler.