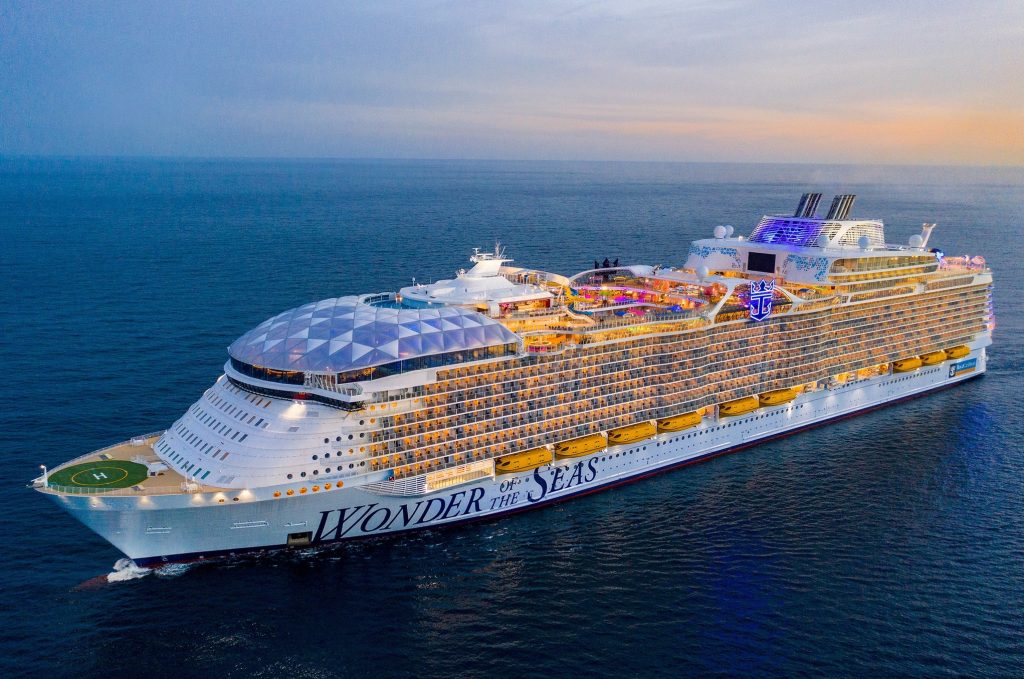 Royal Caribbean wants to het the next generation high-speed Starlink internet as fast as possible on its cruise ships. To expedite the process, the cruise holding company has sent a letter to the U.S. Federal Communications Commission (FCC) asking them to “expeditiously” process the approval of Starlink to operate on moving vehicles.

We write today to respectfully request that you act expeditiously and look favourably upon the pending application filed by SpaceX Services, Inc. and referenced above.

Royal Caribbean letter to the FCC

Royal Caribbean currently relies on O3b and MEO to provide internet on their newer cruise ships, but some of the older ones still lack the service. Moreover, even this service has recently started performing worse, lagging behind other cruise lines like the Princess Cruises. To exemplify this, Matt Hochberg went onboard the Serenade of the Seas to test the internet speed which topped at 590Kbps for downloading and 360Kbps for uploading.

Royal Caribbean Group’s Vice President of Operational Excellence, John Maya, highlighted in the letter how increased cloud-based services has led to an increase in satellite internet service demand, however, due to bankruptcies, attrition and consolidation in the satellite internet business, the supply offers have been unable to keep up with the increasing demand, which, he says, have had a negative impact on guest satisfaction.

In short, during these past two years, the satellite internet service provider landscape has been largely static both in terms of capacity and innovation. This challenging landscape has resulted in negative guest experiences onboard, with bandwidth constrains that have slowed our desired business advancements.

Royal Caribbean letter to the FCC

“Working with SpaceX Services, Inc., we believe we have identified a true next generation solution for our vessels that meets the rigorous technical and operational requirements commensurate with our growth plans. We believe our work with SpaceX, the first of its kind in the cruise industry will set the standard for other cruise operators and will mean a leap in terms of guest experience and business operations while at sea”, the letter reads.

SpaceX has yet to receive approval to operate the Starlink service on moving vehicles such as planes and naval ships.