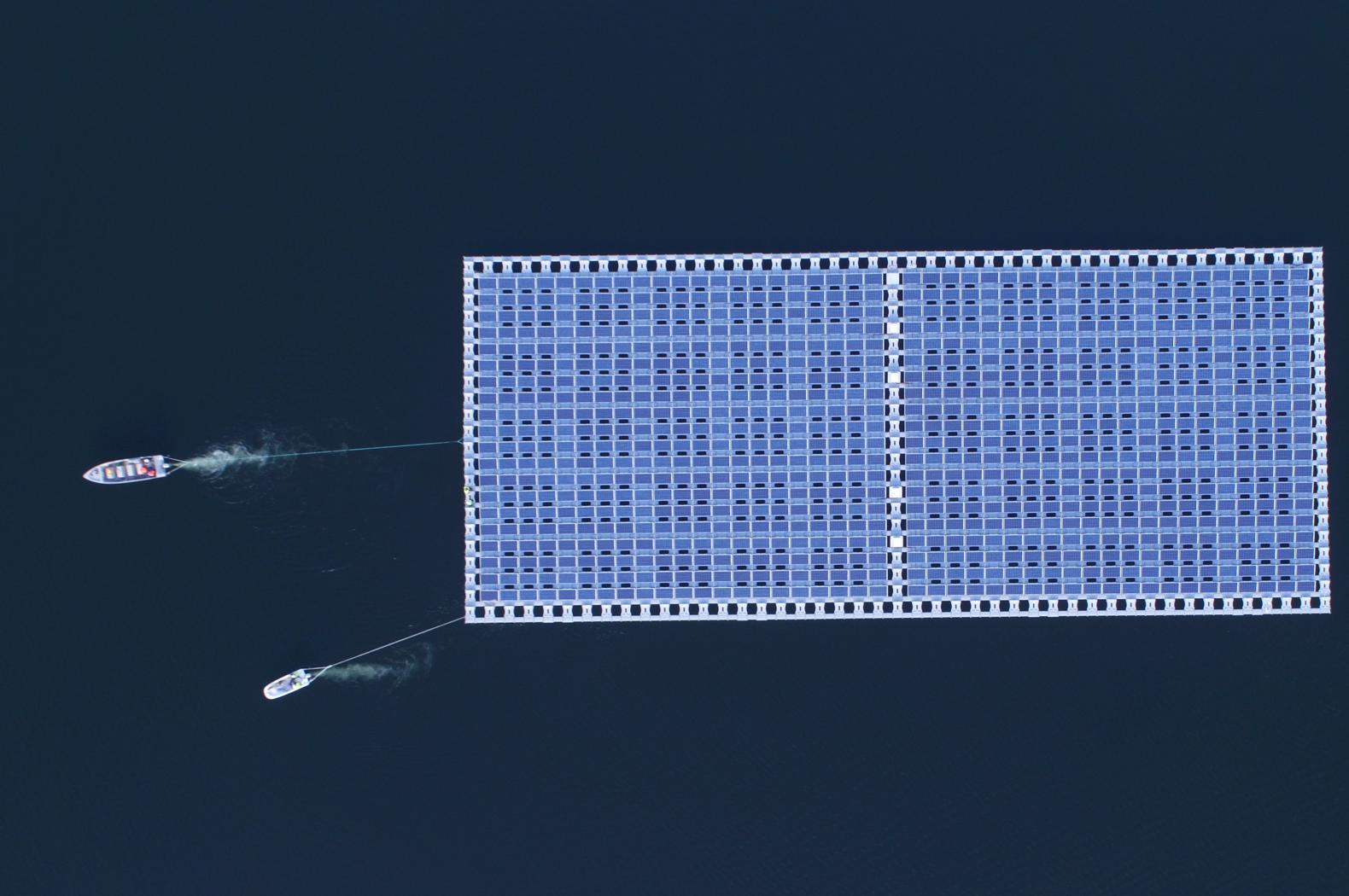 A new photovoltaic power plant in Portugal with 12,000 solar panels is ready to start operating in July of this year. Located in the Alqueva reservoir in the Alentejo, in central Portugal, the floating solar power plant is the largest floating photovoltaic plant in Europe placed on a hydroelectric dam.

Built by Energias de Portugal (EDP), the solar park, which has the size of four soccer fields, is part of a national plan by the company to reduce dependence on imported fossil fuels, whose prices have risen since Russia invaded Ukraine on February 24 this year. Although Portugal uses little fuel from Russia, the country’s gas-fired power plants have felt the price increase.

The new solar park has an installed capacity of five megawatts (MW), costing one third of the electricity produced in a gas-fired plant, according to Miguel Patena, EDP’s Director of Innovation and responsible for the project. The solar panels on the reservoir will produce 7.5 gigawatt-hours (GWh) of electricity for one year, and will be complemented by lithium batteries capable of storing two GWh.

This project is the largest floating solar plant on a hydroelectric dam in Europe, it’s a very good goal

The solar plant will supply energy to 1500 families. There are photovoltaic plants placed on lakes or in the sea in various places around the world, from California to polluted industrial lagoons in China. All these projects are part of an effort to cut emissions of carbon dioxide and other greenhouse gases.

EDP already has plans to expand the Alqueva project. In April, it secured the right to build a second floating solar park with an installed capacity of 70 megawatts. In 2017, EDP had already installed the pilot project of an 840-panel floating solar farm at the Alto Rabagão dam in Montalegre. This was the first in Europe to test how solar and hydropower can complement each other.

In Europe, there are floating photovoltaic plants larger than the one installed at Alqueva, but none on a dam. In 2016, a voltaic power plant was installed on the Queen Elizabeth II water reservoir near Heathrow Airport in the United Kingdom. The facility has 23,046 panels and has an installed capacity of 6.3 MW. More recently, in 2021, a floating solar power plant was placed on an artificial lake in the Netherlands near the city of Zwolle. The plant has 73,000 solar panels and has an installed capacity of 29.2 MW.

Floating solar panels do not require land to be installed, which has an associated cost. In addition, panels placed on reservoirs used to generate electricity are particularly cost-effective, as they can connect to the existing power grid at the site. Excess power generated on sunny days can also be used to pump water back into the reservoir, and then use it to generate electricity on cloudy days or at night.

The Alqueva project is part of EDP’s strategy to “become 100% green by 2030,” according to Ana Paula Marques, a member of EDP’s board of directors. According to the responsible, the war in Ukraine showed the need to accelerate the transition to renewable energy. Currently, hydropower and other renewables account for 78% of the company’s 25.6 gigawatts of installed capacity.