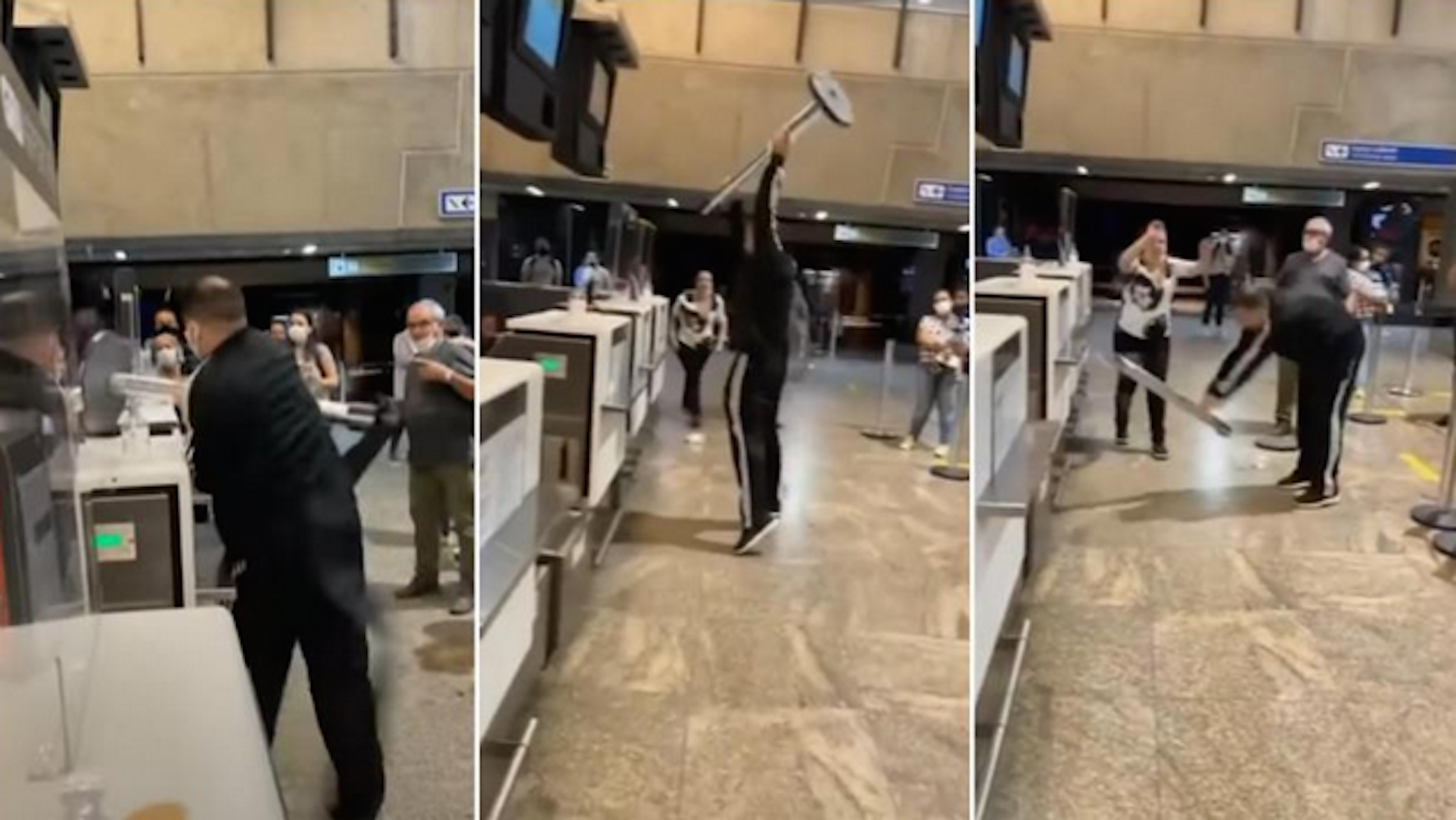 Last week, the Guarulhos airport in São Paulo, Brazil, was the scene of a day of fury from two of the passengers. Due to extreme weather conditions, several flights were delayed or cancelled, which caused many passengers to lose their temper.

A video posted on social media shows a woman and a man ranting against the staff of an airline. Other passengers and passersby at the airport look on, dumbfounded. While the woman gets angry against her interlocutors and taps on the plexiglas that separate them, the man arrives picks up a small peg in his hands and shatters the plexiglas. He hits the counter with several times, while his companion takes the opportunity to throw a staff printer on the floor.

A few other passengers tried to calm them down, but without success. Security personnel had to intervene to try to get the two angry people out of the premises.