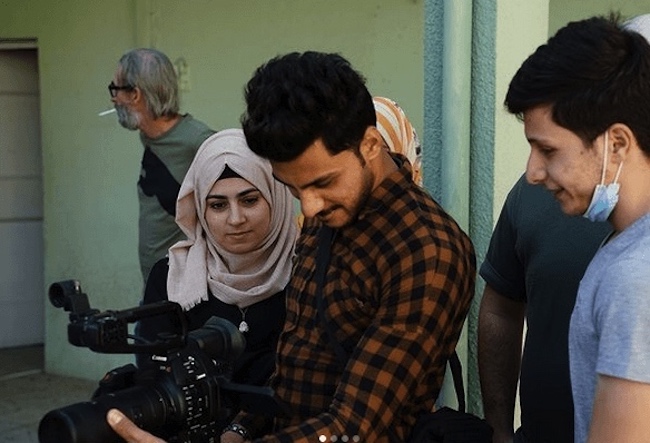 Omicron could bring an end to the pandemic in Europe, says WHO

A film school has been created at the School of Fine Arts in Mosul, in partnership with a Belgian theater company from Ghent, as part of the reconstruction of the Iraqi city funded by UNESCO. The goal is to let twenty Iraqi students follow a four-month course that will teach them the process leading from an idea to a completed film.

The project is supported by the Swiss director Milo Rau, artistic director of the Ghent Theatre (NTGent), one of Europe’s leading drama scenes. Rau has already visited the war-torn north of Iraq several times since 2016.

Helping to create a Film Department in Mosul might seem exceptional for a European theater scene but it is the logical extension of a collaboration that has been going on for years.

The city of Mosul is a former stronghold of the Islamic State group, which was liberated in 2017, but is largely in ruins. In his 2019 play “Orestes in Mosul,” Milo Rau transposed Aeschylus’ Greek tragedy into a story confronting Iraqis with issues of homosexuality and misogyny. The play involving local actors was performed at the Mosul Cultural Center.

Several actors and Belgian film professionals such as the cameraman and filmmaker Daniel Demoustier are participating in the course. “The students have been trying out different roles as they pair up to make their films,” said Demoustier to Euronews.

All the equipment like lenses and sound gear brought in from abroad will stay with the goal for the students to pick it up again and start making their films on their own.

This structural collaboration that starts between the two Belgian and Iraqi institutions is part of a vast project of UNESCO (“Revive the Spirit of Mosul”) which also focuses on the reconstruction of churches and mosques. The Paris-based UN agency launched the initiative in 2018.