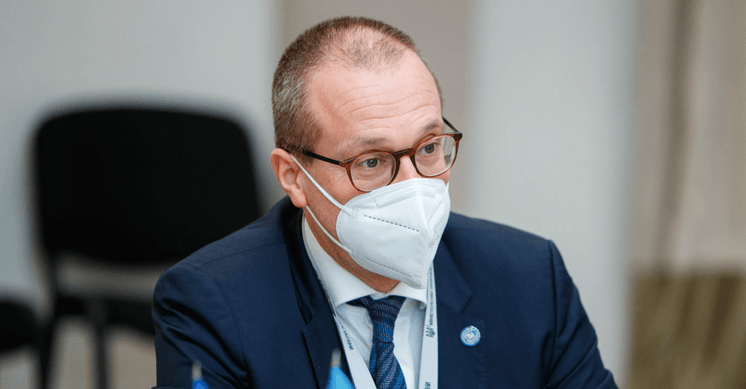 Omicron could bring an end to the pandemic in Europe, says WHO

The Omicron variant of Covid-19, from which 60% of Europeans could be infected by March, could be the end of the pandemic in the region, the WHO director for Europe said on Sunday, January 23rd. “It is plausible that the region is nearing the end of the pandemic,” Hans Kluge, regional director of the World Health Organization (WHO) for Europe, told AFP. He called, however, for caution, given the versatility of the virus.

“As soon as the Omicron wave subsides, there will be for some weeks and months a global immunity, either thanks to the vaccine or because people will have been immunized by the infection, and also a drop because of seasonality,” Kluge said.

The WHO expects a period of calm before the possible return of Covid-19 towards the end of the year, but not necessarily the return of the pandemic. In South Africa, where the Omicron variant was first detected, new cases have been declining over the past four weeks.

In the same vein, White House US pandemic adviser Anthony Fauci said on Sunday that there could be a “turnaround” in the country’s situation. Europe is not in an “endemic era”, which would allow to equate the virus to that of a seasonal flu, stressed the head of the WHO.

Endemic means that we can foresee what is going to happen. This virus has surprised more than once. So we have to be cautious.

According to the Brussels Times, the WHO’s Director-General Tedros Adhanom Ghebreyesus warned earlier this month that people should remain cautious, even if the risks of hospitalization were lower for vaccinated individuals.

“While Omicron causes less severe Covid-19 disease than Delta, it remains a dangerous virus, particularly for those who are unvaccinated. Almost 50,000 deaths a week is too many. Learning to live with this virus does not mean we should accept this number of deaths,” Ghebreyesus wrote on Twitter.

Not only is the Delta variant still circulating, but new ones could emerge. “We will be much more resistant, even to new variants,” Thierry Breton, the European Commissioner for the Internal Market, told French broadcaster LCI on Sunday.

“We will be ready to adapt vaccines if necessary, in particular those using messenger RNA, to adapt them to cope with new variants,” he said. In the WHO European region, which includes 53 countries, some of which are in Central Asia, the organization estimates that 60% of people could have been infected by Omicron by March 1.

In the 27 EU member states, as well as in Iceland, Liechtenstein and Norway, this variant, which appeared at the end of November and is more contagious than Delta but less virulent, especially among the vaccinated, is now dominant, according to the European health agency.

With an exponential increase in infections, the director of the European office of the WHO insisted on the need to change public policies to “minimize disruptions and protect vulnerable people”.

The objective, according to Kluge, is now to stabilize the health situation. “Stabilizing means that the health system is no longer overwhelmed by Covid-19 and can continue to provide essential health services, which unfortunately have been severely disrupted, such as cancer, cardiovascular diseases and immunization,” he concluded.