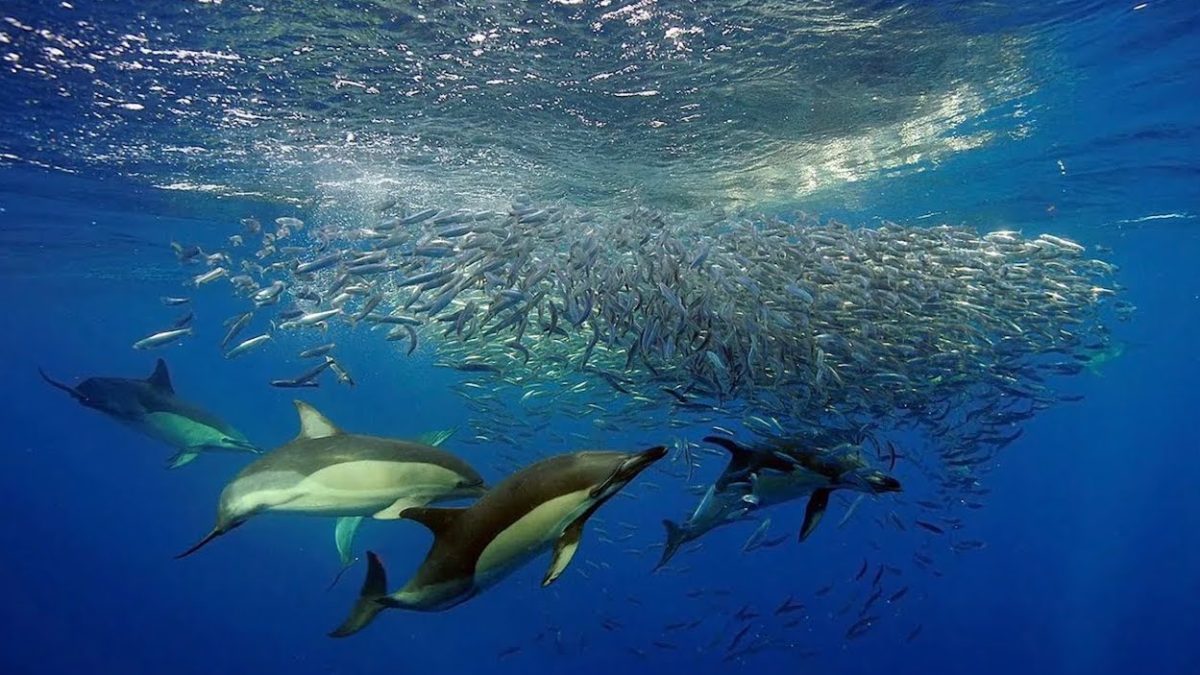 On Tuesday November 9, 2021, TV5 Monde premiered a new episode of the Embarquement TV series showcasing the wonderful marine world of the Azores. The documentary invites you to embark on a journey to the volcanic archipelago that lies between Europe and America. The Azores is an autonomous region of Portugal that has become a very popular spot for marine life lovers.

Made up of nine islands that stretch over nearly 600 km, the Azores is an autonomous region of Portugal that has become a very popular spot for marine life lovers. Suspended between Europe and America, they enchant visitors with their volcanic lands, their endless green meadows and their underwater beauty.

Terceira, the third island discovered by the Portuguese (hence its name), deserves special attention for its exceptional historical and natural heritage. Many people come to the island to visit the marina of the Vitória beach. The bay is home to the largest sandy beach in the Azores, which gives it excellent conditions for the practice of water sports.

The influence of the Gulf Stream is clearly felt on the islands, so compared to the Continent, which has the rather cold Labrador Current, Azores has the influence of a warm current. This in turns facilitates the practice of water sports. During the winter it does not go below 18 degrees.

This beach has become an attractive spot for the big international windsurfing competitions for a few years. It is not difficult to start windsurfing in one week. Visitors might have to spend a few hours on it, but it’s still possible to move around, to go back and forth, withing a week of training.

If you are a fan of the sea and the stories linked to sea travel then Horta, on the island of Faial, is a place you cannot miss. With a capacity of 300 boats, it is currently the fourth most visited in the world. Its geographical location offers an excellent refuge from winds from all directions and makes it an almost obligatory stopover for all pleasure boats crossing the Atlantic.

It is here that sailors gather to rest, and above all to leave a memory in this incredible place. This is why this port, initially white, is painted by all those who stop there. A garland of color, memories and moments of life.

Opposite the multicolored pier, the now famous ”Peter Café Sport” remains, with its freshly painted blue walls. It is the bar of all travel memories. Inside, hundreds of flags, pennants, coins, postcards and letters from all over the world. This place of conviviality served at the same time as a post office, exchange office and any other useful service to the sailors. It has remained open to sailors of all nationalities.

On the first floor of the café is the “Scrimshaw Museum” where a huge collection of whale and sperm whale teeth, carved and engraved by the island’s fishermen, is exhibited. It dates back to the years when whaling was still allowed, the island being on the path of the annual migrations of these cetaceans.

For a long time, whaling was an important source of income for the Azoreans. It was only in 1984 that this hunt was prohibited. At that time, it had already lost its economic importance, as substitutes for whale oil had been found. The former whaling factory is now a museum, to trace the history of whaling but also to study this cetacean, which is an integral part of the “Observatory of the Azores Sea”.

The archipelago is currently one of the largest whale sanctuaries in the world. Between resident and migratory species, common or rare, 24 different kinds of cetaceans are observed here. This number is impressive; it corresponds to a third of the total existing species in a unique ecosystem.

The best season to spot baleen whales in the Azores is in spring. The water is cold, there are a lot of krill, a lot of plankton around the islands. That’s why it is possible to spot the blue whale. From time to time there are those that the fishermen call “sardineiras”, because they eat a lot of sardines, a lot of horse mackerel. And from time to time, even during the summer, it is possible to see them, before they go to Iceland or Ireland to spend the summer.

Nicknamed the white island, Graciosa is the destination for diving enthusiasts. On the island there are about 50 dive sites, corresponding to different degrees of difficulty, from the less experienced diver to the more experienced and demanding.

The diving is mostly at shallow depths, at the level of the seamounts. On those locations, the water is cleaner and clearer, and has more life. Sometimes there are currents and the dives are performed from 5 to 100 meters deep. The classic dive, however, is between 10 and 20 meters, because that’s where the life is

Off of the coast of Graciosa, one can find sedentary species such as grouper, ratfish – which is a darker race and is seen a lot nearby. Ratfish weighing 70 or 80 kilos have been spotted, groupers weighing 30 to 40 kilos as well.

Diving with a blue shark is a programmed dive. It has rules, a code of conduct, and anyone who does not respect the rules returns immediately to the boat. It is a relatively low level dive, to a maximum depth of 10 meters. Divers are attached to cables on the sides of the boat. The dive evolves according to the number of sharks that appear.

The Azores Sea is a witness to universal history through its various underwater archaeological parks. It is the only park of this type, in Portugal, and one of the few in Europe. One of the most visited wrecks in Graciosa is the Terceirense. In 1968, this 40-meter ship sank at the entrance of the port of Praia, where it still lies today, at a depth of 21 meters.