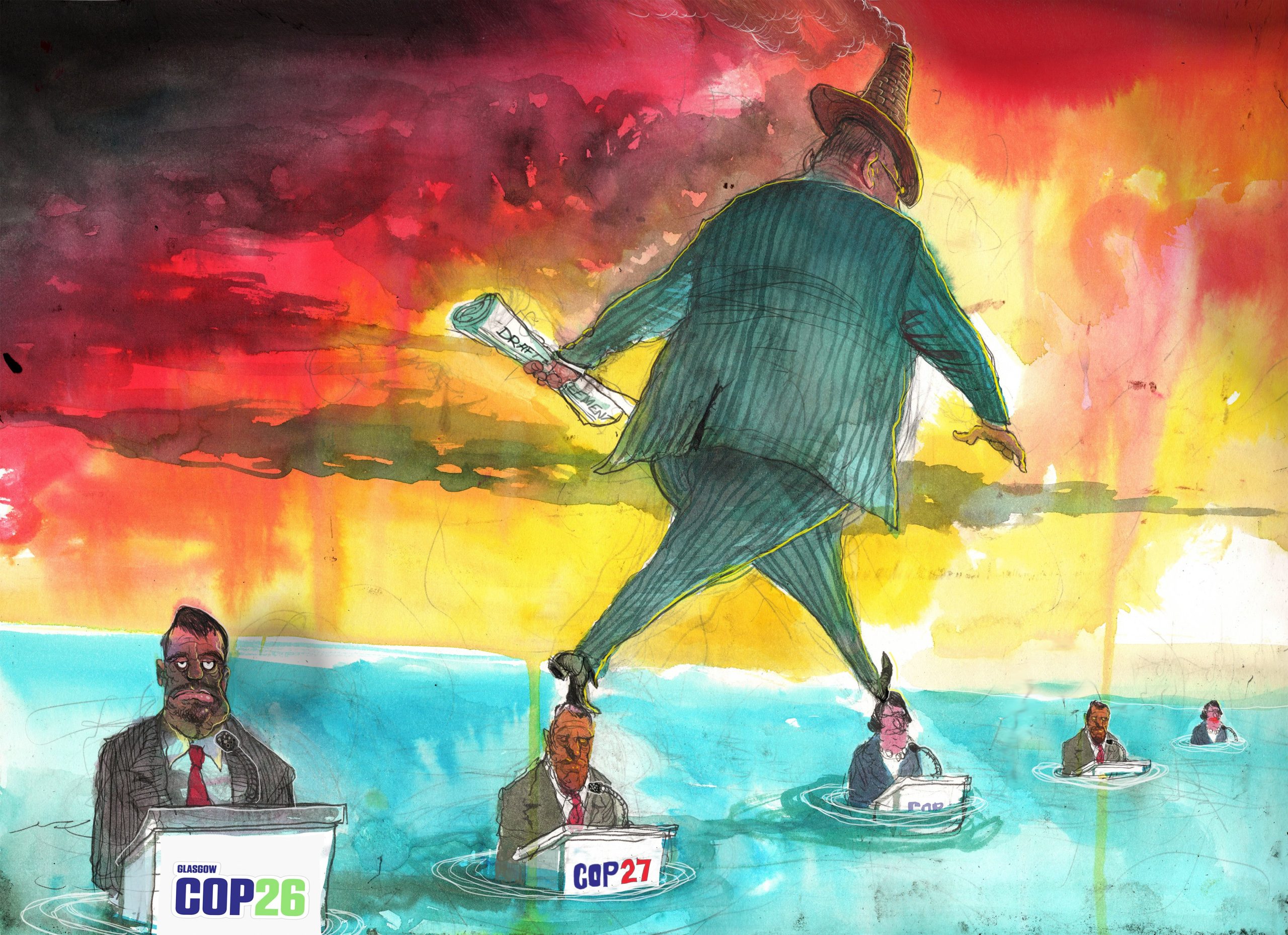 Deliberations under the current session of the COP, CMP and CMA came to an end this Saturday in Glasgow, one day after their scheduled conclusion. The wide-ranging set of decisions, resolutions and statements that constitute the outcome of COP26 is the fruit of intense negotiations over the past two weeks, strenuous formal and informal work over many months, and constant engagement both in-person and virtually for nearly two years.

We can now say with credibility that we have kept 1.5 degrees alive. But, its pulse is weak and it will only survive if we keep our promises and translate commitments into rapid action. I am grateful to the UNFCCC for working with us to deliver a successful COP26.

Under the Paris Agreement, 195 countries set a target to keep average global temperature change below 2°C and as close as possible to 1.5°C. Before COP26, the planet was on course for a dangerous 2.7°C of global warming. Based on new announcements made during the Conference, experts estimate that we are now on a path to between 1.8°C and 2.4°C of warming. In today’s conclusions, Parties have now agreed to revisit their commitments, as necessary, by the end of 2022 to put us on track for 1.5°C of warming, maintaining the upper end of ambition under the Paris Agreement.

In order to deliver on these promises, COP26 also agreed for the first time to accelerate efforts towards the phase-down of unabated coal power and inefficient fossil fuel subsidies, and recognised the need for support towards a just transition.

Finance was extensively discussed throughout the session and there was consensus in the need to continue increasing support to developing countries. The call to at least double finance for adaptation was welcomed by the Parties. The duty to fulfill the pledge of providing 100 billion dollars annually from developed to developing countries was also reaffirmed. And a process to define the new global goal on finance was launched.

On mitigation, the persistent gap in emissions has been clearly identified and Parties collectively agreed to work to reduce that gap and to ensure that the world continues to advance during the present decade, so that the rise in the average temperature is limited to 1.5 degrees. Parties are encouraged to strengthen their emissions reductions and to align their national climate action pledges with the Paris Agreement.

“We have made progress on the three objectives we set at the start of COP26: First, to get commitments to cut emissions to keep within reach the global warming limit of 1.5 degrees. Second, to reach the target of 100 billion dollars per year of climate finance to developing and vulnerable countries. And third, to get agreement on the Paris rulebook. This gives us confidence that we can provide a safe and prosperous space for humanity on this planet. But there will be no time to relax: there is still hard work ahead,” said European Commission President Ursula von der Leyen.

The EU’s lead negotiator, Franz Timmermans, said the text agreed “keeps alive the Paris Agreement target of limiting global warming to 1.5 degrees Celsius.” He also added that “it is a text which acknowledges the needs of developing countries for climate finance, and sets out a process to deliver on those needs.”

From 7 to 13 November,  Timmermans led the EU negotiating team in Glasgow. On 9 November, he announced a new pledge of €100 million in finance for the Climate Adaptation Fund, by far the biggest pledge for the Adaptation Fund made by donors at COP26. It comes on top of significant contributions already announced by Member States, and also confirms the EU’s supporting role to the informal Champions Group on Adaptation Finance.

There was last-minute drama at the COP26, with India raising objections to the text related to coal use in the agreement. India’s climate minister Bhupender Yadav asked how developing countries could promise to phase out coal and fossil fuel subsidies when they “have still to deal with their development agendas and poverty eradication”. Following India’s objections, the language of the deal was watered down from “phasing out” to “phasing down” coal power, weakening the original text.