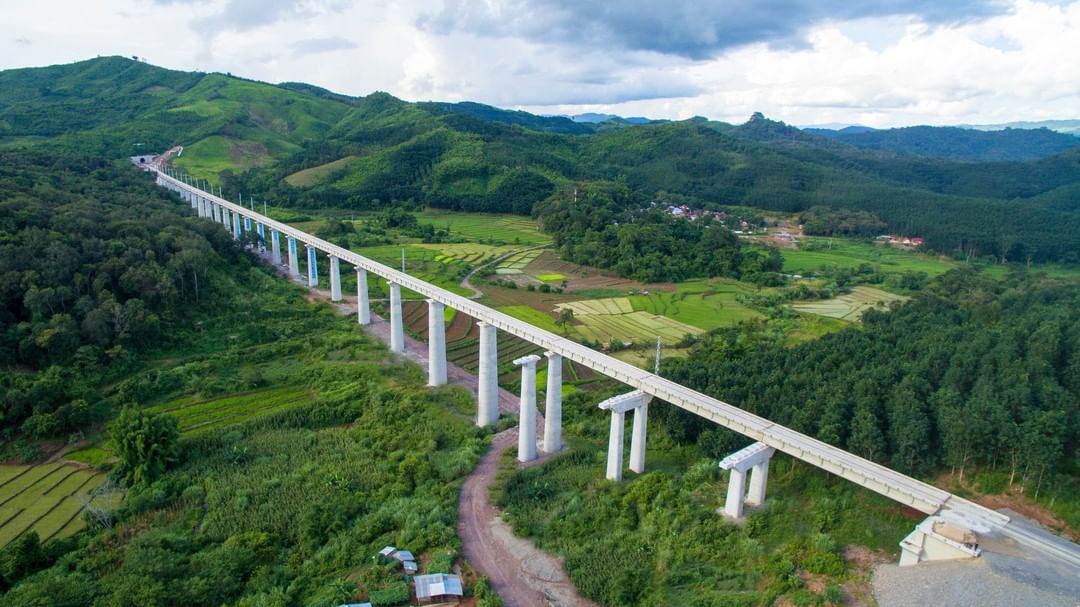 Launched in 2013 to develop better transport connectivity within Asia, the Belt and Road initiative is delivering its new 414 km railway connecting China and Laos.

By the end of the year, China and Laos will be connected by a Chinese-funded 720-seat train, able to travel at up to 160 km/h (99 mph). Its arrival on the Laotian capital, on October 16, was a milestone for the nearly finished China-Laos railway.

The 414 km (257 mile) railway line from Vientiane, Laos’ capital, to China’s border is expected to open in December 2021. Currently, it takes about three hours to travel from Kunming, capital and largest city in China’s Yunnan province, to the Chinese border city of Jinghong, as the railway has a total length of more than 1000 km (621 miles).

By linking Vientiane with Kunming, the network will eventually connect a total of 45 stations between both countries, of which about 20 will provide passenger services, CNN Travel reported. The Electric Multiple Unit (EMU) trains, designed and built by Chinese companies will be operated by the Laos-China Railway Company, a joint venture for the railway’s construction and management in Vientiane, according to the Chinese state media CGTN.

Southeast Asia is a popular destination for many Chinese travelers, however, Laos has not been very high on the list. With the new railway connection, Chinese tourism may increase in that region.

According to the law, travelers from both Laos and China need visas in order to visit the other country. From January to September in 2019, about 760,000 Chinese tourists visited Laos, an increase of 26% year-on-year, the Consulate-General of the People’s Republic of China in Luang Prabang, Laos, reported.

In total, $5.9bn were spent on the China-Laos railway, the first of China’s Belt and Road Initiative projects to be completed in mainland Southeast Asia. Expected to boost trade and tourism, the new investment also raises concern about Laos’s capacity to repay Chinese loans, said the South China Morning Post. China has invested heavily in building railways in the past decade, adding 37,900 kilometers (about 23,500 miles) of high-speed lines since 2008.

China’s colossal infrastructure investments may usher in a new era of trade and growth for economies in Asia and beyond. But skeptics worry that China is laying a debt trap for borrowing governments

This week, the European Parliament’s Transport Committee will hold a public debate on the impact of the Belt and Road initiative on modal shift.