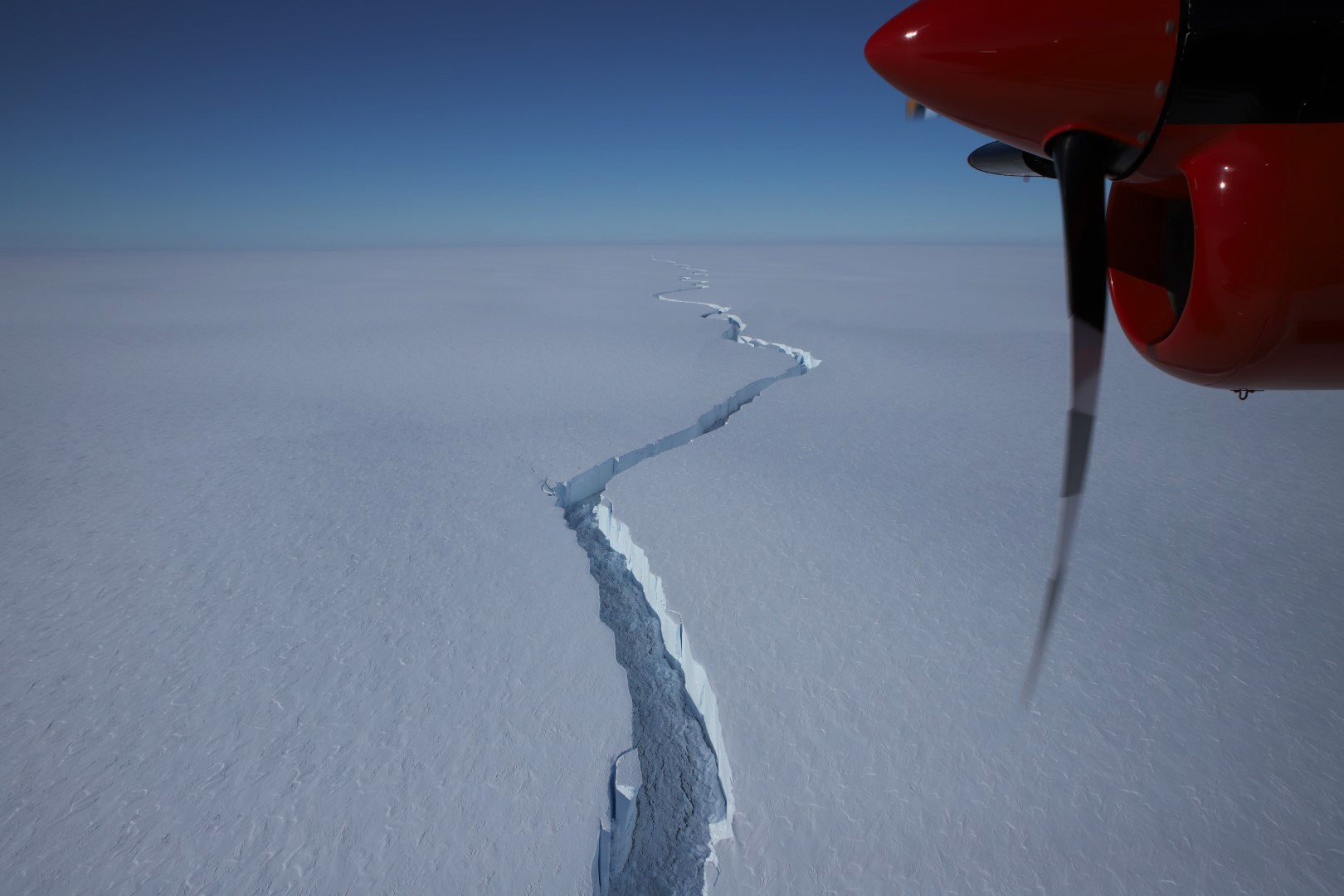 A huge iceberg (1270 km²) the size of the county of Bedfordshire has broken off the 150-m thick Brunt Ice Shelf, almost a decade after scientists at British Antarctic Survey (BAS) first detected growth of vast cracks in the ice.

The Brunt Ice Shelf is the location of British Antarctic Survey’s (BAS) Halley Research Station.  BAS glaciologists, who have been expecting a big calving event for at least a decade, say that the research station is unlikely to be affected by the current calving.  The 12-person team working at the station left mid-February by BAS Twin Otter aircraft.  The station is now closed for the Antarctic winter.

The first indication that a calving event was imminent came in November 2020 when a new chasm – called North Rift – headed towards another large chasm near the Stancomb-Wills Glacier Tongue 35 km away. North Rift is the third major crack through the ice shelf to become active in the last decade.

During January, this rift pushed northeast at up to 1 km per day, cutting through the 150-m thick floating ice shelf.  The iceberg was formed when the crack widened several hundred metres in a few hours on the morning of 26th Feb, releasing it from the rest of floating ice shelf.

“Over coming weeks or months, the iceberg may move away; or it could run aground and remain close to Brunt Ice Shelf.  Halley Station is located inland of all the active chasms, on the part of the ice shelf that remains connected to the continent. Our network of GPS instruments will give us early warning if the calving of this iceberg causes changes in the ice around our station.”

The glaciological structure of this vast floating ice shelf is complex, and the impact of ‘calving’ events is unpredictable.  In 2016, BAS took the precaution of relocating Halley Research Station 32 km inland to avoid the paths of ‘Chasm 1’ and ‘Halloween Crack’.