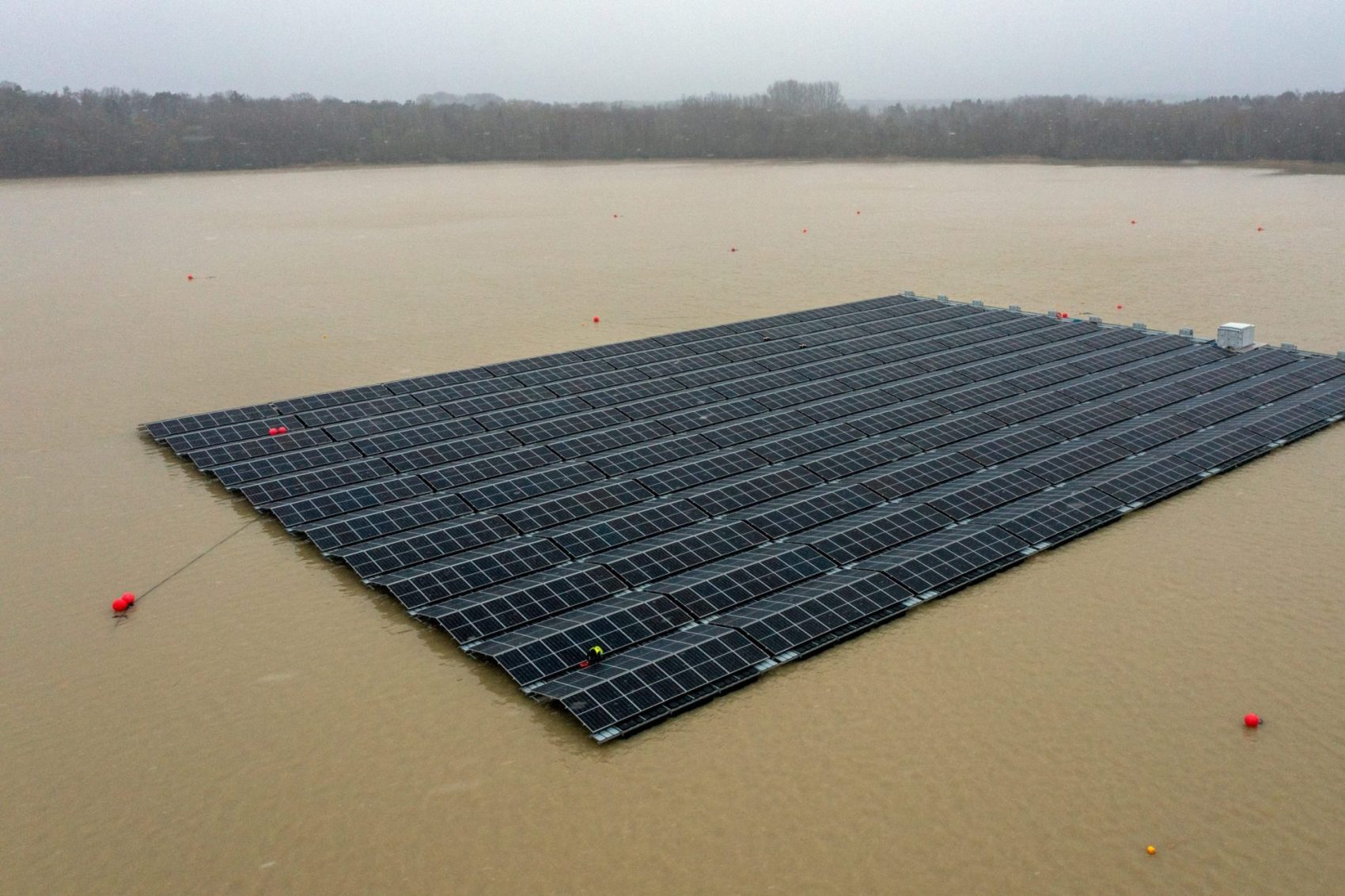 Next month, German company BayWa r.e. will turn on the largest floating solar power plant in Germany. It will start operating on 24 May at Quarzwerke, a family-owned quarry in the town of Haltern am See, in western Germany.

The power plant is composed of 5,800 modules installed on 360 floating elements, which the company, specialised in onshore and offshore wind, as well as arranging green power purchasing deals for multinational companies, says are rapidly and easily installed and “could help wean the country off Russian fossil fuels”. Built on space that would not otherwise have any utility, the photovoltaic (PV) plant will provide 3 megawatts of power, about as much as an onshore wind turbine, or enough to power 600 homes. Compared to the same amount of electricity produced from fossil fuels, this will save up to 1,100 tonnes of CO2 emissions per year.

Floating PV systems are environmentally friendly and have the advantages of simpler and faster installation.

Around the world, 30 countries have built floating solar plants, Switzerland having opened the world’s first high altitude floating solar farm at 1,810m above sea level. This generates up to 50% more energy more electricity than plants at lower altitudes because, first of all, the thinner air allows for more energy from the sun to reach the panels, but also because of the extra rays reflected by the surrounding snow.