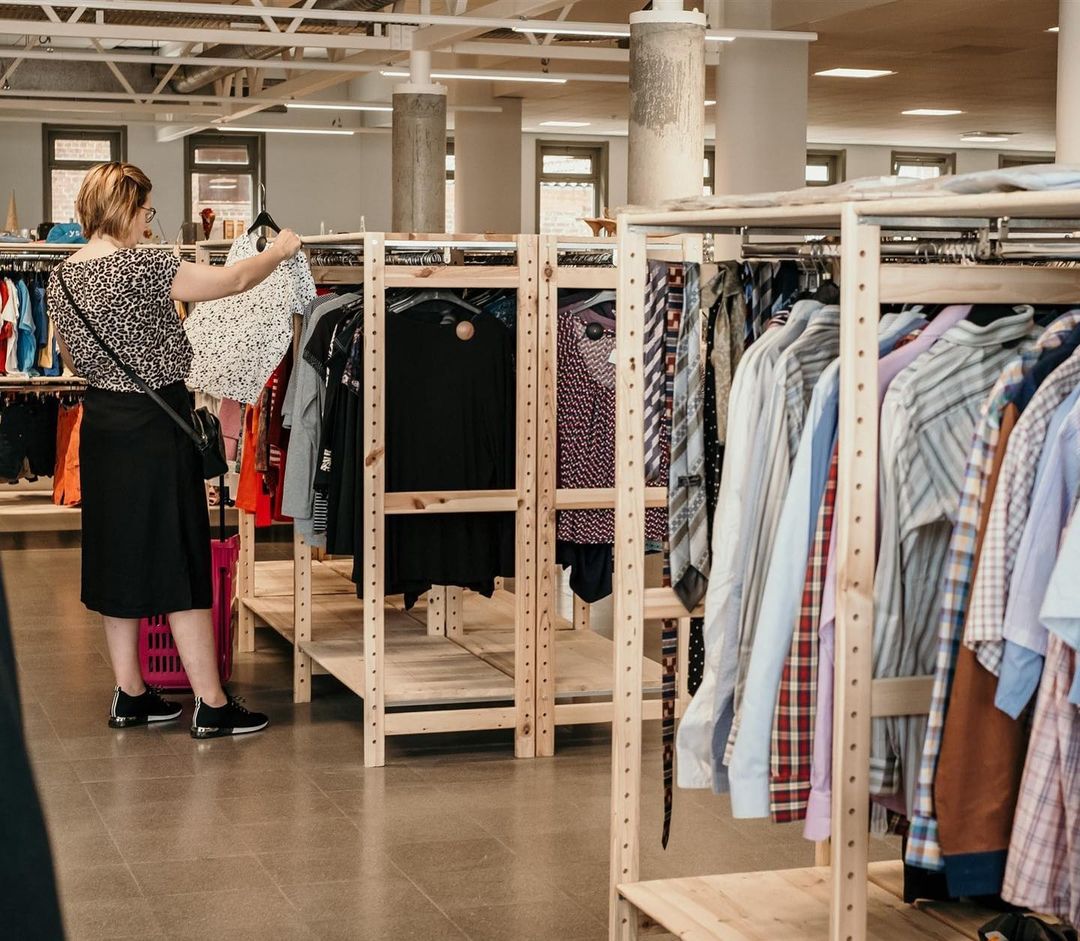 Let’s be real for a moment, shopping is fun. We may try to conceive that fact to ourselves as it’s not so fun for our wallet nor the planet, but sometimes, we just want to buy something new. And we’re not talking about toilet paper or other daily necessities. We’re talking about a pair of shoes, a new set of dishes or a nice little lamp. Yet, there are several problems with that statement. First of all, of course, it’s a privilege to be able to buy something just for the fun of it. Secondly, as I said before, consumption is harmful to our environment, especially when you’re talking mass production.

Luckily, these days, it’s not that difficult to shop responsibly. Of course, buying nothing and using what you already have remains the most sustainable option, but purchasing something doesn’t need to leave you feeling guilty. It’s all about where you spend your money and on what. In short, you have two options. Either you buy something from a local artisan (who preferably works sustainably), supporting small businesses while keeping the planet in mind, or you buy second hand, preventing usable stuff to end up in a landfill and making use of what we’ve already got, instead of draining our natural resources.

Today, we’ll be talking about the latter. Although buying second hand was once considered to be quite shameful, these last few years we’ve been experiencing a true second hand and vintage trend. A lot of people are seeing the beauty in “that old stuff”, which is often built to last and which is so easy to come by. And as consumer demand rises, so does the offer. Across Europe, thousands of organisations, big or small, are involved in the circular economy, giving new life to whatever’s available. And when we look at the larger scale chains, it often doesn’t stop there. Aside from being part of the circular economy, lots of them also provide jobs for those who would otherwise struggle to get employed or support charities from around the globe with the money they raise. A concept we can’t but encourage and that’s why, today, we’re talking about 5 circular shopping chains from across Europe.

All across Flanders in Belgium, you’ll find branches of the Kringwinkel. Every year this organisation collects an astounding 75.000 tons of used goods, which they then wash and restore before reselling them locally for an affordable price. Yet they also provide more than 4.500 jobs to those who are struggling to find their place in the job market. Each year, they organize several thematic events, focusing on things like vintage, Christmas or the new summer season. Thanks to their huge assortment, ranging from electronics to kitchen utensils and clothes, you’re practically sure to find what you came looking for. On top of that, everything is clean and well-organised, making it the perfect place to get used to shopping second hand.

What once started as the personal project of Abbé Pierre in the middle of the 20th century near Paris, has now become a successful international organisation. Vintage lovers from all over France and Europe are gathering at branches of Emmaüs, hoping to find that one special gem. Sure, shopping here isn’t as easy as at your usual home goods store. You have to dig, keep an open mind and not get overwhelmed by the enormous amount of stuff – amongst which, admittedly, is a lot of junk. But one man’s trash is another man’s treasure, right? By the way, all stores are divided into separate sections; if you see something you like, you have to ask for the price and a purchasing ticket, which you’ll then have to pay at the central register before picking up your goods.

HUMANA works a bit differently than the organisations we’ve seen so far. First, clothes are collected in special containers all over Europe and North America. These are than sorted; some of them are selected to be sold in-stores, others are sent to Africa or Belize. By collecting the clothes and reselling them, not only do they reduce waste but they also collect funds in order to support different projects all over the world, ranging from agriculture to education.

Humana People to People second-hand clothes system is a people-to-people system. There is close contact between the sorting centres in Europe and clothes sales projects in Africa. pic.twitter.com/OTi1ueOzIV

Are you, just like us, a big fan of mid-century Czech furniture? Then you might want to stop by ADRA on your next visit to the country. They have 26 shops across the country, where they sell everything from clothes to big and chunky wardrobes. But actually, that’s just part of ADRA’s activities, as they are an international charity and humanitarian organisation operating in more than 100 countries around the world. Two birds with one stone, right?

When it comes to vintage, there’s nothing as well-known as Scandinavian design. And while we’re not saying you will be lucky on your search while visiting charity shop Myrorna, it doesn’t hurt to at least try, does it? This second hand chain is run by Sweden’s Salvation Army and offers a welcome break from the usual steep Scandinavian prices. Their first store opened in 1917 and now, in 2022, they’re more relevant than ever.