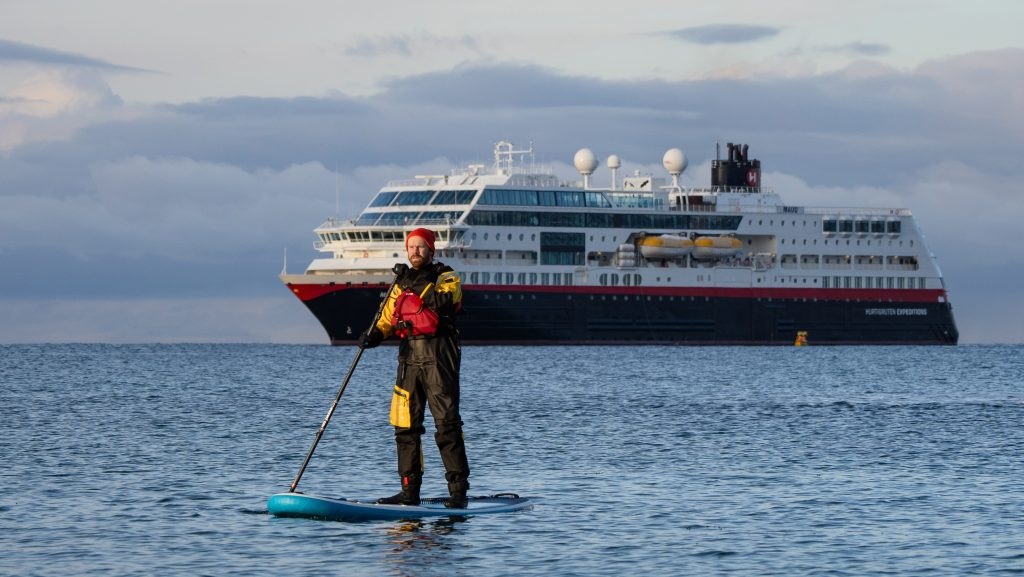 Hurtigruten Expeditions, the world’s largest and leading expedition cruise line, is expanding its 2023 Arctic Summer season with seven new cruises, taking guests closer to the local people and communities and deeper into the wilderness of the north.

Spanning 11 to 19 days, the new departures from June to September 2023 will take in some of the most spectacular areas beyond and above the Arctic circle on board the small-size expedition cruise favourite MS Maud.

We are thrilled to further expand our Arctic expedition cruise offering by introducing MS Maud on a series of best-of-the-best itineraries, handcrafted by our team of experts and based on our almost 130 years of Arctic experience.

The new itineraries will depart from either Dover, United Kingdom, or Reykjavik, Iceland, and will take guests to Greenland, Svalbard, the British Isles, the Faroe Islandsand Iceland.

With the addition of MS Maud to the Arctic region summer 2023, Hurtigruten Expeditions will offer a wider than ever-selection of Arctic expedition cruises – with five different ships exploring the Arctic.

Their local connections, combined with the small sized ships, a fleet of zodiacs and hand-picked Expedition Team of experts in science, adventure, history, photography and more, secures a unique way to explore wildlife, volcanoes, glaciers, and the world’s largest fjord system.

Working closely with the local communities, our small-ship expedition cruises take you where the big ships can’t, closer to the people and nature of the north.

“From engaging encounters with the local communities to the vast wilderness and rich wildlife, our small-ship expedition cruises unlock one-of-a-kind experiences in some of the most unique areas of our planet. While exploring, our guests and crew not only create local value, but contribute to science projects that are vital to understanding and preserving the areas for future generations of explorers,” said Lassesen.

One 20-day Greenland summer explorer expedition cruise of 20 days, with a flexible itinerary to explore icebergs, fjords, wildlife and communities along Greenland’s spectacular west coast, including north of Disko Bay.

Two Iceland Circumnavigation expedition cruises take guests on a 11 day deep-dive from Reykjavik to some of Iceland’s most incredible sights, including crossing of the Arctic circle.

Two 12-day Island Hopping in the North Atlantic expedition cruises that explores Iceland, the Faroe Islands, Shetland Islands, Orkney Islands and British Isles. Being the first and last adventures of MS Maud’s 2023 summer season, they either depart or conclude in Dover.

The expedition cruises can also be extended with 2-4 days land adventures in Iceland.