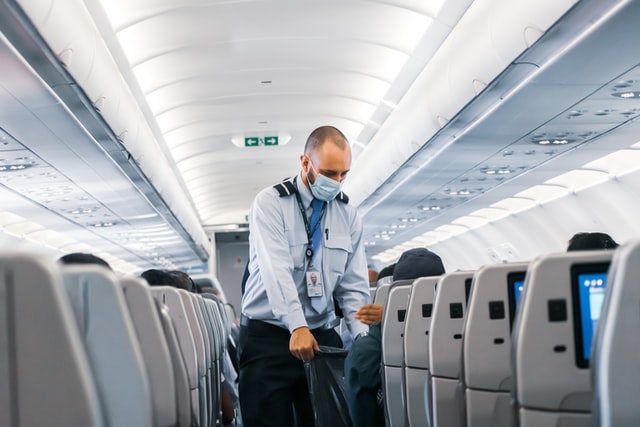 Getting paid to travel around the world sounds like the dream job for many people. Indeed, flight attendants may have exhausting flights but they get to know the world, even if rushing from city to city. How much do they make after all?

It’s not that straightforward. The income of a flight attendant varies greatly according to the country where they have a contract but also the airline they work for. Base pay also differs in function of a flight attendant’s level of experience, which part of the plane they serve, total hours worked, and the airport they fly out of. Moreover, flight attendant salaries vary drastically based on experience, skills or gender. Overall, the experience level is the most important factor in determining the salary. Naturally, the more years of experience the higher your wage.

A representative for the Association of Flight Attendants union, Taylor Garland, said that airlines pay flight attendants for each hour they’re in the air — meaning they could be on duty for 14 hours yet get paid only for a six-hour flight.

For example, a person working as a flight attendant in Belgium typically earns around €4,590 per month. Salaries range from €2,110 (lowest) to €7,300 (highest). This represents an average monthly salary including housing, transport, and other benefits.

In the land of the frites and the Manneken Pis, male flight attendant employees earn 7% less than their female counterparts on average. Furthermore, flight attendants in Belgium are also likely to observe a salary increase of approximately 11% every 16 months. The national average annual increment for all professions combined is 8% granted to employees every 17 months.

However, while flight attendants in the United States earn on average about $50,938 per year, the pay can vary depending on whether they work for a specific airline. As for regional carriers, pay for flight attendants can be about 45% less than that of workers of main airlines.