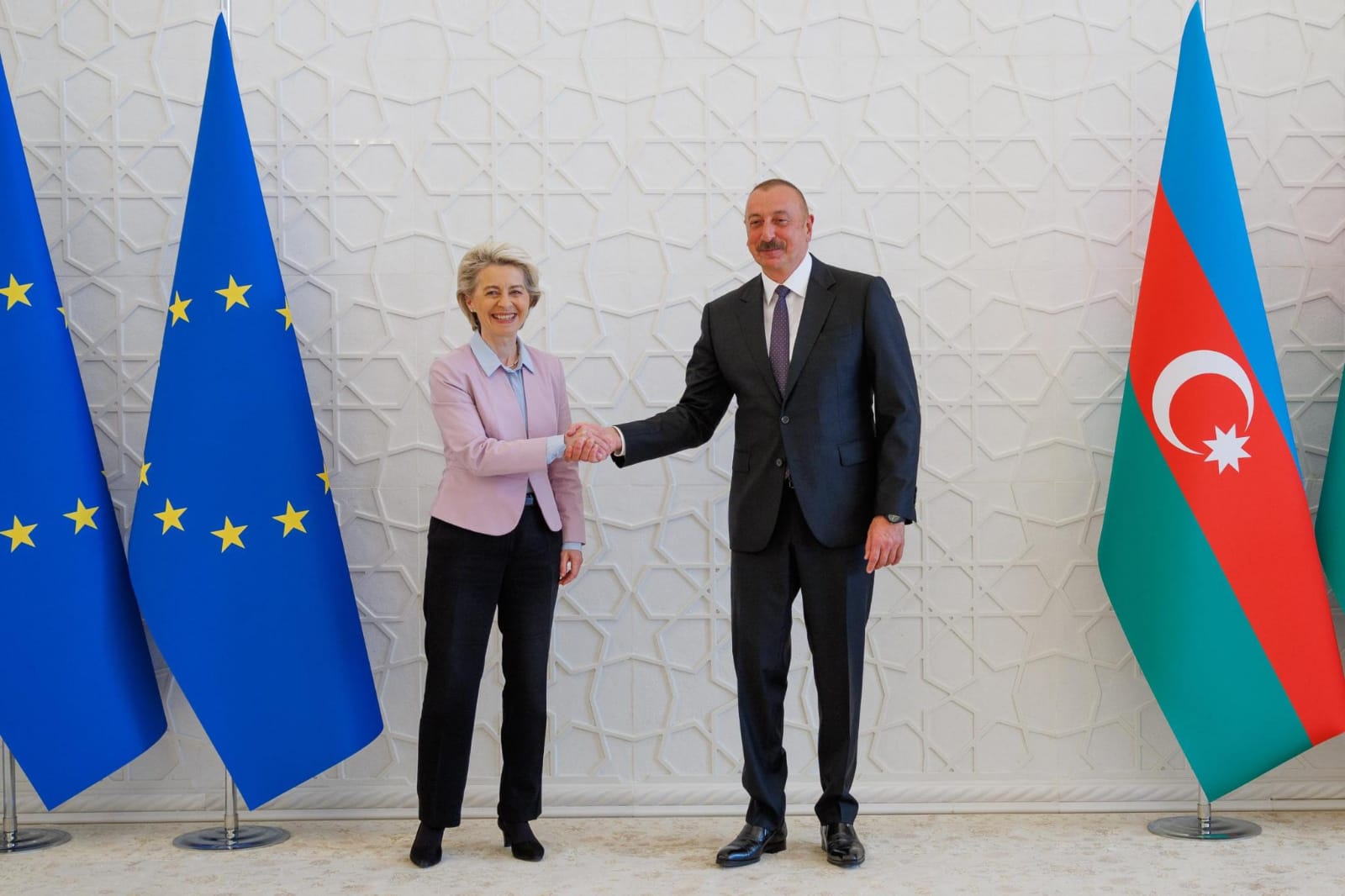 How can Azerbaijan help counter the European gas crisis?

Ryanair responds to pilot strikes by threatening to leave Belgium

Europe just forged a new partnership with Azerbaijan to secure supply of natural gas to the bloc.

While Russia is halting gas supply to the European Union (EU), Azerbaijan stands ready to fill some of the emptiness caused by the shutdown of gas flows from Moscow. This partnership was enforced yesterday in a Memorandum of Understanding (MoU) signed between the European Commission and the republic of Azerbaijan, to supply at least 20 billion cubic meters of gas annually by 2027.

Before the official agreement, on May 13, senior officials from the EU and Azerbaijan met to reinforce deals on energy cooperation. In a context of heightened global energy challenges, stable bilateral energy relations and cooperation between the EU and Azerbaijan are a key factor contributing to diversified and secure gas supplies. The Commission said Azerbaijan is already increasing deliveries of natural gas to the EU, from 8.1 billion cubic metres in 2021 to an expected 12 bcm in 2022.

“Azerbaijan has already increased the natural gas deliveries to the EU and this trend will continue, with up to 4 billion cubic meters of additional gas this year and volumes expected to more than double by 2027,“ said Energy Commissioner Kadri Simson.

But our cooperation goes beyond that, accelerating the deployment of renewables and addressing methane emissions; these steps will both increase security of supply and help achieve our climate goals.

The two parts also agreed to contribute towards the EU’s decarbonization efforts, in particular to tackle methane emissions and untap the renewable energy potential, especially in the offshore energy sector.

During the May meeting, representatives discussed ongoing gas cooperation and prospects for increasing export volumes of Azeri gas to the EU in line with production capacity and expansion scenarios for the Southern Gas Corridor.

Two key components of the Southern Gas Corridor — the Trans-Adriatic Pipeline (TAP) and the Trans-Anatolian Pipeline (TANAP) — were listed as Projects of Common Interest, a priority status granting privileged access to EU public funding. Ultimately, the European Bank for Reconstruction and Development (EBRD) provided loans to both TAP and TANAP.

The project comes with a high price tag of more than €35 billion and has been financially backed by several multilateral development banks, including the World Bank, the Asian Infrastructure Investment Bank, the European Investment Bank (EIB) and the EBRD.

For the past nearly two decades, Azerbaijan has been maneuvering to become a significant gas exporter to Europe, culminating in late 2020 with the commissioning of the Trans-Adriatic Pipeline (TAP) carrying Azerbaijani gas through Greece and Albania and across the Adriatic Sea to Italy.

The TAP pipeline, which carries Azerbaijani gas to Europe, and other EU efforts to reduce dependence on Russian gas imports have always been about diversification, rather than fully eliminating and replacing Russian supplies.

TAP is the final leg of the 3,500-kilometer-long Southern Gas Corridor, which brings gas from Azerbaijan’s giant Shah Deniz II field in the Caspian Sea. Most of Azerbaijan’s proven gas reserves, which were estimated at about 60 trillion cubic feet (1,700 bcm) in January 2021, are located in the Shah Deniz field. However, while gas from Azerbaijan may help EU states wean themselves off Russian gas, experts say the volumes aren’t enough to fully replace it.

In 2021, 155 billion cubic metre of Russian gas flew to the EU. Only 40% of the normal amount of Russian gas is now flowing along the undersea Russia-to-Germany Nord Stream pipeline, which is affecting deliveries to France, Italy and Austria as well as Germany. With the ongoing maintenance of the Nord Stream, fears mount as to whether the pipeline will pump more gas after July 21, when it’s supposed to reinitiated operations.

Russia’s gas export monopoly Gazprom has already halted all deliveries to Poland, Bulgaria, the Netherlands, Finland and Denmark after energy companies in those countries refused to pay for deliveries in rubles, as demanded by Moscow. Warsaw, which imports some 45% of its natural gas from Russia, said it could “manage” with the Russian taps shut. But Sofia, which imports about 73% of its gas from Russia, said the country is feeling under pressure.