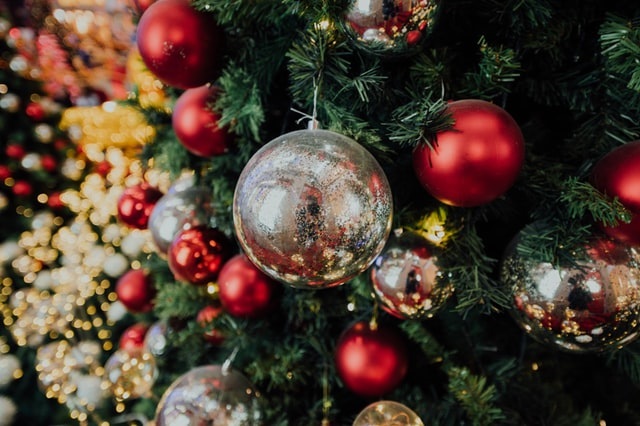 History and tradition of Christmas ornaments

For many, Christmas begins with the ritualistic decorating of the house, and even the garden, with Christmas ornaments and decorations of all types. Ranging from religious nativity scenes to neon flashing reindeer pulling Father Christmas across the roof, people decorate to their taste and budget to celebrate the arrival of the festive season. But where does this tradition come from, and what is the history behind something that has lasted so well through the ages?

Often, the process of decorating starts with the tree, and whether its fake or real this is certainly a tradition that seems to continue for young and old. It is believed that the modern day Christmas tree evolved from winter solstice celebrations as far back as the ancient Egyptians, who decorated their homes with evergreen boughs during this time. A similar idea was supported by the pagan winter solstice rituals of the Druids, Romans, and Vikings, who also saw the evergreen life as hope during the cold winter season. In the 16th century people in Germany decorated small evergreen trees candles, apples, nuts, and berries, which served were ‘Paradise trees’ in church plays.

After the Reformation, decorating the Christmas tree became a tradition for most people. During the 19th century, the custom grew ever more popular in many European countries. With time, this began to me done in Christian homes too, and eventually spread across Europe. German-born settlers in the USA also documented this tradition as early as the mid-1700s.

In the late 1840s Queen Victoria and German-born husband Prince Albert popularised the Christmas tree and it became fashionable. Gradually the commercial potential of ornaments was realised, and by the 1890s Woolworth’s Department Store in the United States was selling $25 million in German-imported ornaments. At that time they were made of lead and hand blown glass, however of nowadays a wide variety of materials is used. The religious connotations of the Christmas tree began to fade and nowadays it is a popular Christmas accessory in homes all over the world.

The original bauble comes from sixteenth century Germany in the alpine town of Lauscha. By the 1800s, founder of the first glassworks in Lauscha, Hans Greiner, began producing fruit and nut shaped glass ornaments complete with decorative silver embellishment using mercury or lead.

The ornaments were discovered by the F.W. Woolworth on a visit to Germany. He saw opportunity with the rise of global commerce and began to import them to the United States.

The Christmas Star: The legend goes that when Jesus was born in Bethlehem, there were three magi (or wise men) who saw an unusual star in the sky and knew that it would lead them to baby Jesus. They followed that star all the way to the stable where Jesus lay in a manger, and brought gifts of gold, incense, and myrrh. The star used to decorate the tree represents the original Star of Bethlehem.

Angels: Many people use ornate angels to decorate the top of their tree or to hang intermixed with other ornaments. These, too, have religious connotations. They can represent the angel that appeared in Bethlehem to announce the birth of Jesus, the angel Gabriel who told Mary she would give birth to Jesus. It can also be the idea of angels watching over believers.

The Christmas Pickle: This ornament emerged in the late 19th century as a game that parents created for their children. They bought a glass pickle ornament, hid it inside the tree, where it blended in with the branches, and asked the children to hunt for it. Whoever found the pickle first got an extra gift.

Candy Canes: The candy cane originated around 1670 in Germany. Designed to help children sit still during Christmas services, the candy was shaped like a “J” to represent crooks of the shepherds that visited baby Jesus. Around 1900, the red stripes and peppermint flavoring were added. Christians believe that the red stripes represent the blood that Jesus shed on the cross and the peppermint flavoring represents the hyssop plant that was used for Biblical purification.