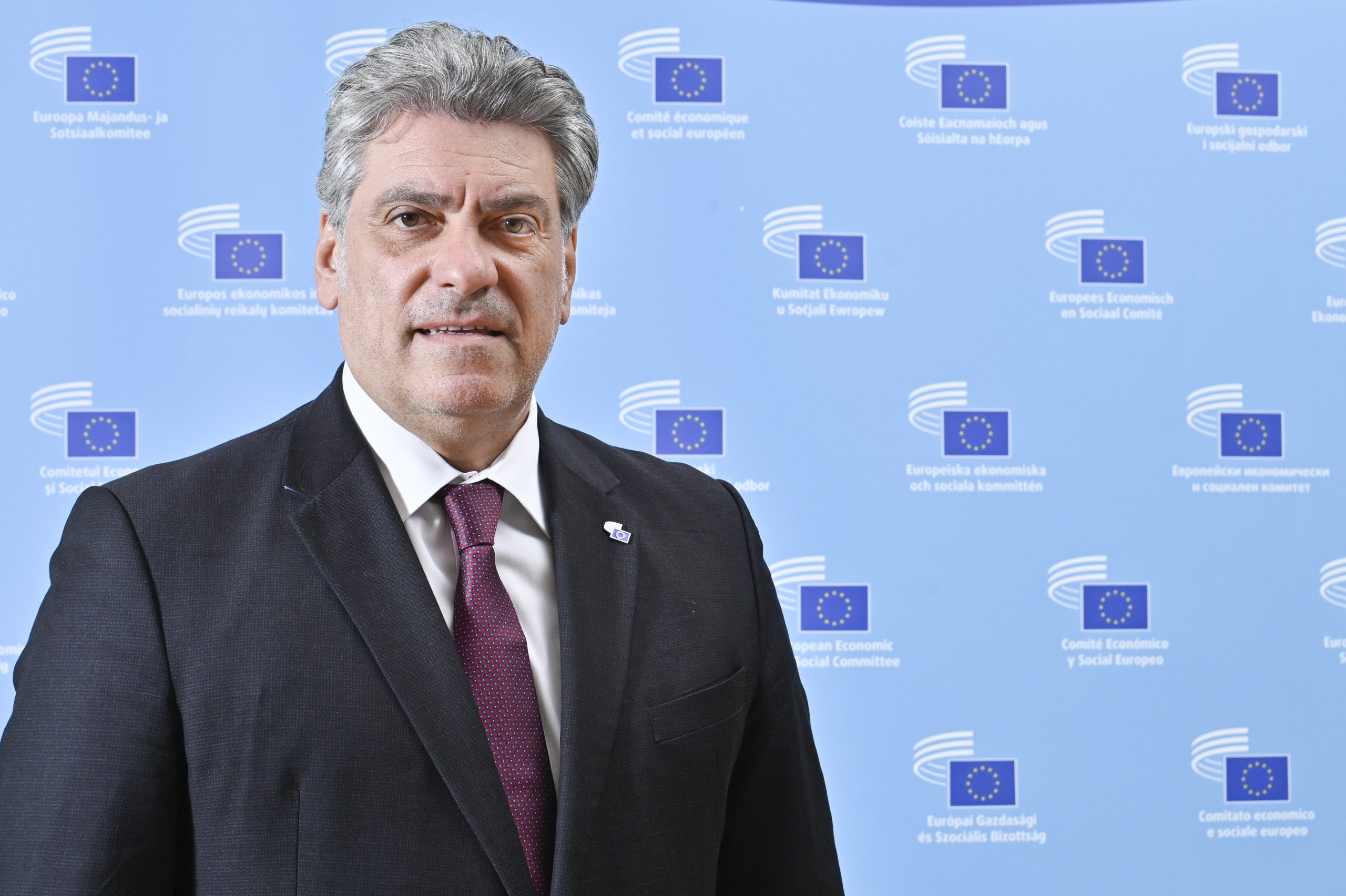 Can testing get us back flying?

It is mid October and the Covid-19 pandemic continues to wreak havoc across the economic, social, and health spheres of our lives. It has brought the European tourism sector to the brink of collapse with one billion euros in revenue being lost every month. Commercial air travel is facing its worst known crisis, the most recent sign of which has been the demise of British Airways CEO, Alex Cruz.

The European Economic and Social Committee has run an online survey over the summer that involved 175 organisations representing thousands of tourism businesses, which employ hundreds of thousands of workers across the EU. The results were bleak. 45% of the respondents said they would be unlikely to survive in 2021. At the EESC’s September’s plenary session, the alarm went off and an immediate call to action was voiced.

“We need a mechanism to save people and businesses now,” said the rapporteur for the EESC’s report, Panagiotis Gkofas. “It will be no use in six months’ time because the businesses will be bankrupt by then.”

Panagiotis Gkofas is rapporteur of the EESC opinion on Tourism and transport in 2020 and beyond, member of the board of the Hellenic Confederation of Professionals, Craftsmen and Merchants (GSEVEE). He speaks with Travel Tomorrow about the results found in the questionnaire, the impact of travel restrictions in the tourism industry, his call for immediate action, and more.

1. Could you share with us some of the background details regarding the questionnaire, and how it helped you give shape to your opinion report on the topic?

I was asked to deliver an opinion on the impact of Covid around June, shortly after the first wave started to calm down. At that point we had no data, I had to write an opinion without having anything concrete — a big challenge. But I have a great team, great staff, and so we immediately deployed the questionnaire. The team launched it on a European platform. From that moment on we started to collect data all over Europe using EUSurvey, the European Commission’s official survey platform.

Then we started to have data, something to work with, and based on reality. These are big organizations, representing thousands of people. We estimate that these 175 answers represent some 3.5 million people. I think it’s very reliable information, and accurate because of the platform we use.

I looked into it to see what we could do about it. I looked at the PLF in Greece – first country who did it in the electronic way as it is now. I thought, This is good but is this something that encourages movement, or is it actually the opposite, something that sends the message that it’s better not to move?

Then Belgium came up with a PLF, more or less the same as that of Greece. To locate and track the passengers. A good idea but it was, again, not with the goal of encouraging movement. It was serving the idea of finding out if somebody is sick. So I thought, We need a new PLF common to all Member States which is filled in automatically when tickets or boarding passes are issued, so that people do not have to go through red tape.

With these tools there’s also an area of opportunity to inform the citizens. Imagine I’m traveling in Budapest and I am feeling sick: I could use some guidance, for instance where to go, where to find a doctor. Since we have the platform, the technology, let’s use it in a more constructive way, instead of detracting people from moving freely. This PLF would provide the information needed to protect people’s health, respect privacy and make movement easier.

2. What are currently the main obstacles to deploying the use of a EU health passport and PLF across all Member States?

We call it European Union, but we are not so much of a union. The administration moves very slowly, yet this is something that could be deployed very quickly. The questionnaire, do you know how long it took us to put it online? One day.

If there were enough political will, then we would see this platform available in a day. That’s all it would take. These days Greece, Germany, Belgium, all with different PLF systems. Do you think that encourages movement across the European Union? To me it’s clear that a common PLF for all Member States of the kind I described before is something that would help to have more movement, and safe movement.

3. Some respondents complained that the aid is not reaching them. What have been the obstacles? What needs to be done?

That’s one of the things we saw in the results. In all member states, nobody knows where the help is going. They all said, “We see some of it, some aid here and there but nothing really substantial.”

In the results of the questionnaire we saw that many businesses have no access to loans, no access to liquidity. Makes you wonder, How is the aid being used?

And so I proposed a mechanism to supervise the implementation of the measure. For instance Greece received a lot of aid, we’re talking about more than 100 billion euros through different mechanisms. Other member states also received aid following the Council decision of July 2020, but as you notice from the responses, this aid is not reaching, or only partly reaching, the real economy I believe it would be important for everyone to know how that money is being used, don’t you think?

These days we have tensions in the Mediterranean area, and so lot of money is being saved for military expenses. Fine, we have to take care of that, but how are the hotels, the restaurants, the airlines going to survive next month? The support is not for the military, for those purposes the Greek government must ask for separate aid. This is for the recovery of the real economy and for the tourism sector.

I say in my proposal: We need a mechanism to verify, to have accountability. It’s necessary and urgent.

4. Around EUR 1 billion in revenue is being lost per month. Could you talk about this number and about the impact?

1 billion euros was back when I started to look into this. That was in the beginning. This number will continue to grow. And this is not only in Greece, but across Europe. I hear that taxis are selling like bicycles in Brussels. The impact of Covid-19 in the real economy is being huge.

I’ve told this to the EESC’s full assembly: If we don’t act now, we will all suffer from it. The taxi driver will be without a job. Cafeterias will continue to close down, and employees will be laid off.

I passed by Frankfurt airport last night. It was a scene from a scary movie. Then Brussels airport, same picture, there were only three flights. Lufthansa says it will have to lay off thousands of people. That means many families will be affected. What is going to happen next? Armageddon. Of course I hope I am wrong.

5. Many travel & tourism businesses are on the brink of collapse, as you have pointed out. Is there room for talk of sustainability? Can a restart of tourism and sustainability coexist? How?

I think yes. We must find the space, we are obliged to talk about this. We have to find it, to create it. If there is no sustainability and recovery, we are totally doomed. We are talking about the collapse of the whole economy.

If you look at the elements of the economy, all of them are going down. Take agriculture, for instance. They produce, then they have to throw it away. Why? They cannot really sell to hotels, restaurants. Only in supermarkets.

We need to bring them back to growth. Each one of us needs to do his or her share, to take responsibility about the environment and the choices we make. But if you let crisis go on like this, you remove the actors, you remove those who could play a role. We need to engage everybody. If they are not there, who will engage in sustainability?

If we don’t support the employers, the employees, the real economy, we will be in deep trouble. We need to act, and we need to do it now.

We need liquidity and access to loans, we need support from the banking system, we need to postpone all tax liabilities up to 31/12/2021, we need the SURE program until 31/12/2021. We need to support the real economy and the SMEs.

6. To save businesses, you propose mechanisms (common PLF) to encourage the free and safe movement of people in Europe. At the same time, the number of Covid-19 infections continues to rise in different places (Athens, Brussels, Paris, etc.). Does that mean we have to live with this new reality (e.g. some people getting sick, going to the intensive care unit, others getting mild symptoms) to avoid a recession?

I think so, yes. All governments are going out of the way at the moment to avoid a second wave of blanket lockdowns and track and contain contagion instead. What emerged from the questionnaire was that one of the main hurdles to tourism are hurdles limiting people’s movement. Of course, it needs to be responsible movement – with people keeping social distances, wearing masks, washing their hands and isolating when they are feeling unwell. If they do, then a common PLF and QR codes can do the rest to make travel safe. But unless we do something to kickstart travel now, there will be no travel industry left by the time this nightmare is over.