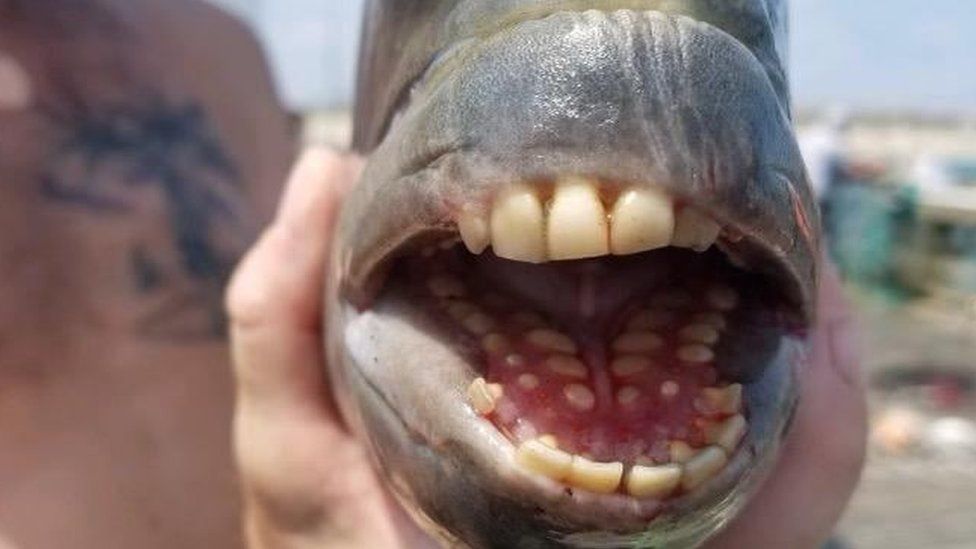 When a Ferrari gets stuck in a narrow Italian street

A fish caught recently in North Carolina, USA has caused a stir thanks to its alarmingly human-like teeth.

Jennette’s Pier, a fishing destination in Nag’s Head, North Carolina, shared a photo of the fish, identified as a sheepshead fish, on Facebook including one showing its enormous and human-like teeth. However, it’s not a photoshop trick gone wrong, in fact it’s a natural phenomenon. Sheepshead fish, which appear to have been named due to their mouth looking like that of a sheep, have several rows of molars which they use for crushing their prey.

Nathan Martin, a regular on the pier, reportedly reeled in the unusual 9lb fish. Mr Martin said he had been hoping to catch a sheepshead fish when he came face-to-face with a “mouth full of teeth”. “It’s a very good fight when you’re fighting on the line, it’s a really good catch, and it tastes very good,” he told McClatchy News. The Facebook post was captioned with the hashtag #bigteethbigtimes and sparked many comments from users of the platform. “Is this where dentures come from?” one person wrote, whilst another commented “who is his dentist?”