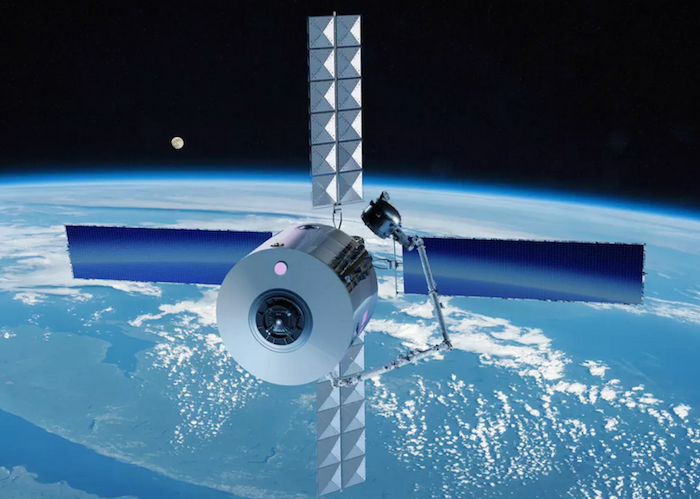 First steps towards the space station of the future

Earth’s ozone layer is expected to recover to 1980 levels by 2040, UN report finds

Airbus Defense and Space is teaming up with Voyager Space to help design the next space station for NASA, ESA and other customers. The space station of the future, Starlab, could be launched as early as 2028 to ensure a sustained human presence in low-Earth orbit.

Designed and architected to provide 100 percent of the International Space Station’s payload capacity with the ability to conduct over 400 experiments or technical investigations per year, Starlab could provide a foundation for continued international cooperation in space, with the goal of accelerating a sustainable ecosystem in space.

We are excited to partner with Voyager on a project aimed at changing history.

In 1998, the International Space Station was launched, with astronauts living and working aboard. In addition to advances in medicine or helping to face the issues we have on Earth — such as water and air quality — the research conducted on the ISS is critical in our journey to the Moon and Mars and helping humanity explore the confines of the universe.

The ISS cannot keep operating forever and has already well exceeded its original lifetime of 15 years: it is planned to be deorbited towards the end of this decade. NASA is likely to transition away from the ISS towards the next generation of continuously crewed, free flying space stations, and Airbus intends to be part of the future of human presence in space.

“The partnership with Voyager Space is the first step toward fielding the next generation space station serving international astronauts. We are excited to partner with Voyager on a project aimed at changing history,” said Jean-Marc Nasr, Executive Vice President of Space Systems. “Our team is looking forward to diving in on the technology and putting our best engineers to work.”

Working together to bring Starlab to life is a step towards expanding and engaging international participation and customer support for this inspiring project. At Airbus, we have extensive expertise in human spaceflight and a vision to create an advanced infrastructure in space to serve the scientific community and to create a better future for humanity in space and on Earth.

Meanwhile, NASA believes that scientific missions on the Moon will likely require humans to establish and live there, according to the official leading the agency’s Artemis 1 project. The current mission is not carrying human lives but it’s setting the stage to guarantee that all the conditions are in place to welcome human beings on the Moon, somewhere in 2024 and beyond. On Wednesday, 16 November, the Artemis 1 rocket, which carries the Orion capsule, was launched from the Kennedy Space Center, in Florida, to reach the Moon.

The liftoff also marked the debut of the Space Launch System (SLS), the most powerful rocket ever to launch successfully. Overall, the complex mission is part of NASA’s efforts to take astronauts back to the Moon and to build the necessary amenities for humans to live and conduct research.

Artemis 1 is the first mission of NASA’s Artemis program of lunar exploration, which aims to set up a crewed research base on the moon by the end of the 2020s, among other objectives. If the current Artemis 1 flight proves successful, Hu said, then the next step will be with a crew (Artemis 2), followed by a third, where astronauts would land on the Moon again (Artemis 3) for the first time since Apollo 17, 50 years ago in December 1972.

Once the safety of Artemis’s components and systems has been tested and proven, an assessment that can only be done when the Orion module travels back to Earth, Hu said the plan was to have humans living on the Moon “in this decade”. The NASA official explained the importance of going back to the Moon, citing expectations to discover whether there is water at the Moon’s south pole. If proven true, Hu said, the water could be converted to provide a fuel for craft going deeper into space, to Mars, for example.

Expected to reach Earth on 11 December, Orion will re-enter the planet’s atmosphere at 38,000km/h (24,000mph), or 32 times the speed of sound. The shield on its underside will be subjected to temperatures approaching 3,000C, a true resilience test for its internal equipment and, above all, for human life.